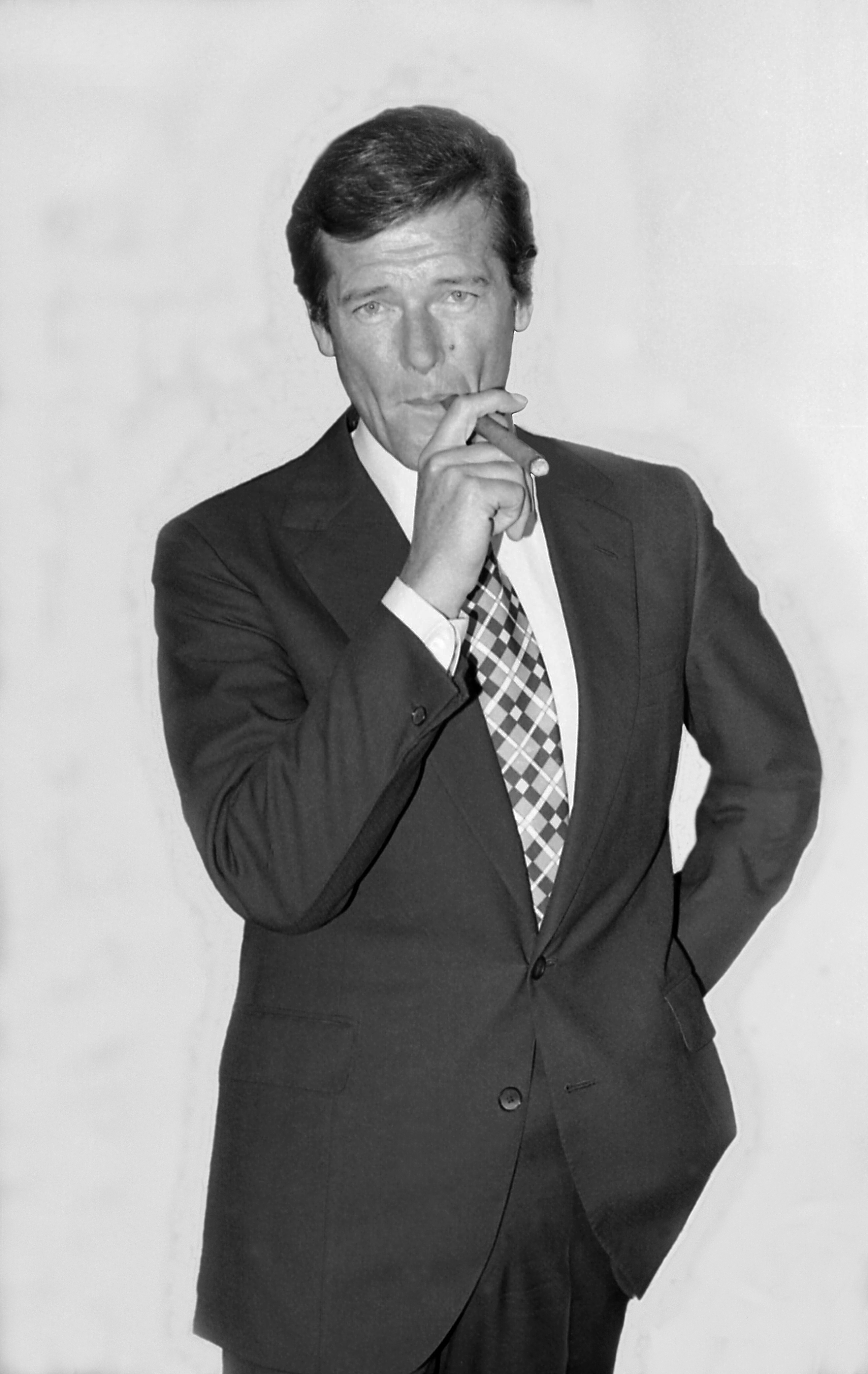 Cigars often accompany fame with vitolas falling in and out of fashion dependant upon the tastes of reputed individuals. Although it tends not to alter my smoking habits, I like to keep my eyes on what those in the public eye are setting fire to. I find cigar smoking inspiration in public figures both past a present, some more consequential than others but all of them really very cool.

Sir Roger Moore: I believe there to be no better place to start than with Sir Roger Moore, a man famed for collars resting over lapels and cigars ignited over cigarettes. Moore had away with Bond’s Balkan-Turkish blend, settling for the Montecristo Especial as a replacement, of which a consistent supply he had written into his contract. A very 70s vitola that, along with flares, denim waistcoats and Cuban heals, saw a resurgence in popularity a few years ago with the release of La Reina. After the Especial’s debut in Live and Let Die, Moore reappeared with a Corona in hand, namely the Montecristo No.3, in The Man with the Golden Gun, perhaps with the intention of leaving more room in the suitcase for the creations we’d come to expect of Q, only for his case to be left bare and his chest adorned with a superfluous papilla. 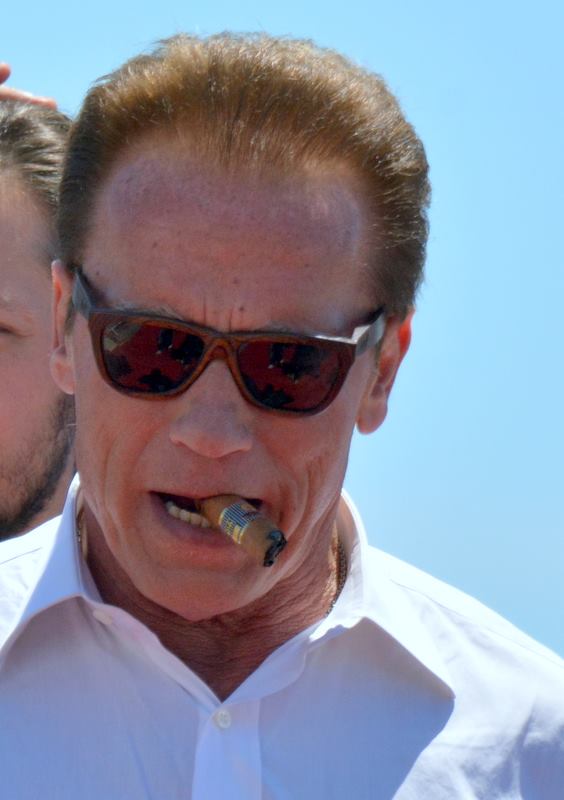 Arnold Schwarzenegger: Arnie started smoking cigars in the 70s, no doubt after seeing Roger Moore use a Montecristo Especial to light a spray of aftershave and kill a snake in Live and Let Die. Despite the ignition of a Lancero being the fastest path to luxuriation, a cigar so slender would last mere seconds in the hands of the former bodybuilding ex Governor of California. It seems only Piramides and Robustos can withstand the pressure exerted on them between the fingers of the five-times Mr Universe victor. The actor has fond memories of the Montecristo No.2 and continues to enjoy the Punch Punch and D4. All robust cigars to be smoked after a long day at work in one, if not all of your professions. 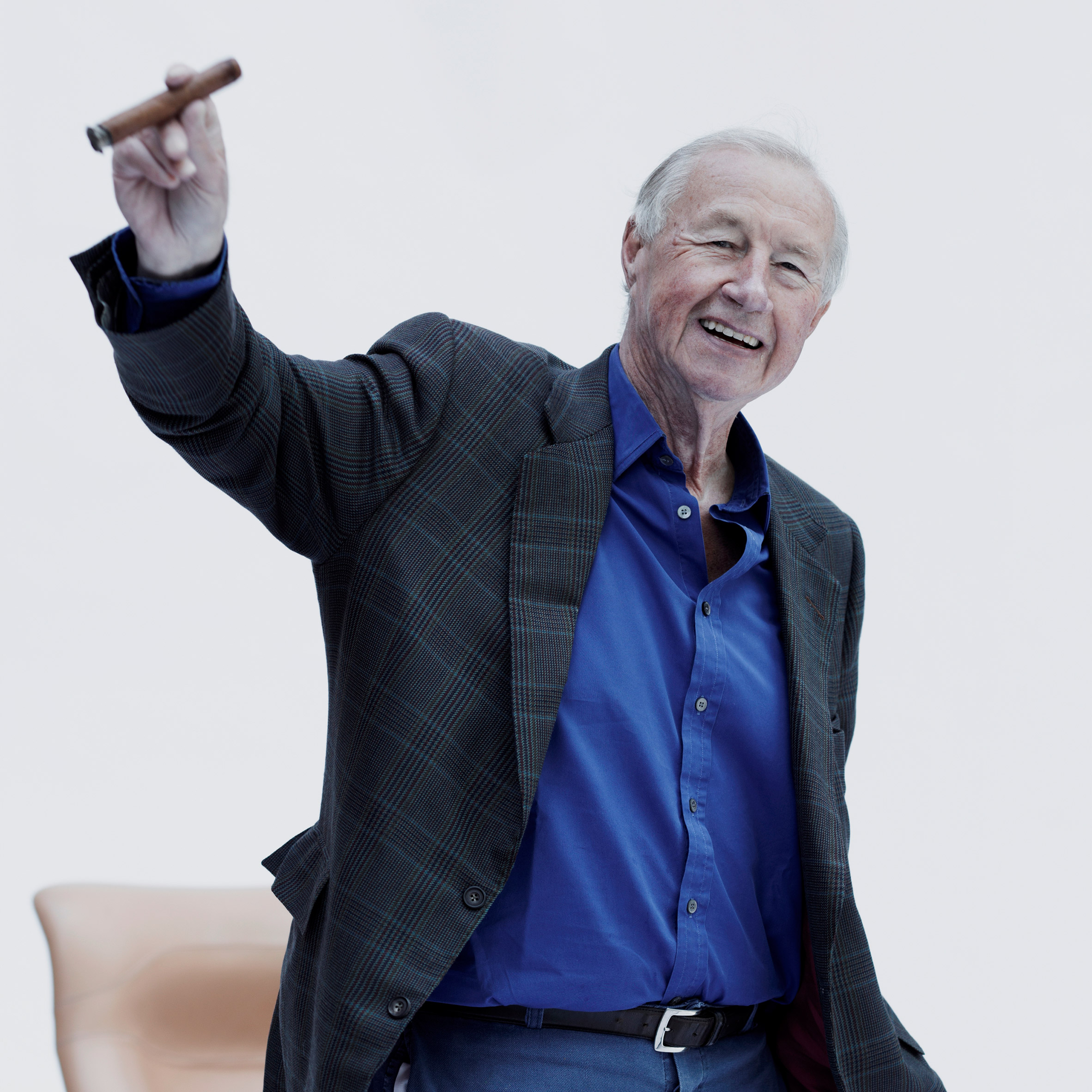 Sir Terence Conran: Sir Terence is a man sharing Schwarzenegger’s love for the Robusto, perpetually smoked the Hoyo de Monterrey Epicure No.2. From the little I know and even less I understand, there has been at least two iterations of the blend, the first more of a medium body and the second far from it. The current lighter blend I doubt appealed to the legendary designer as much as its predecessor although he manifestly continued to set fire to the No.2, vouching for blends continued quality. 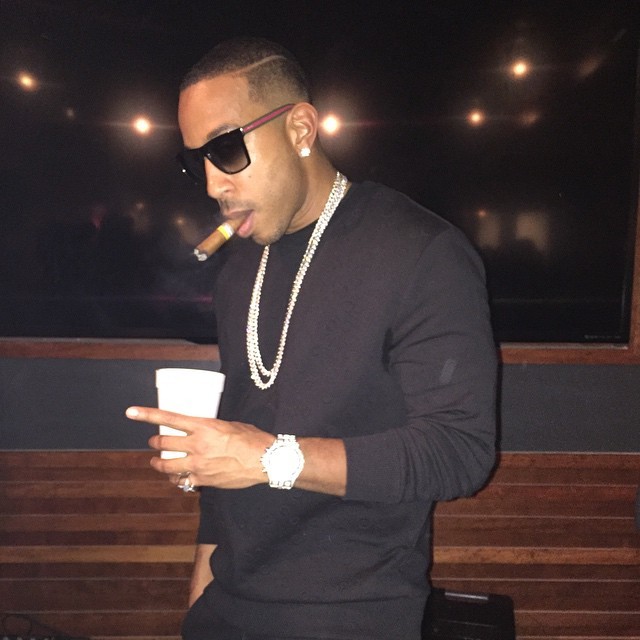 Ludacris: an American rapper and actor who rose to fame in the late 90s with his first single ‘What Them Girls Like’, more than makes up for his taste in music with his taste in cigars. A real Habanos aficionado, Ludacris has a penchant for Cuban Davidoffs and has visited Davidoff of London on numerous occasions, knowing the cigars woken from their slumber in advance of his arrival possess a provenance matching no other. The Davidoff 3000 is a firm favourite of his, alongside any of the Chateau series (it’s not an option being picky at this point… no matter the funds at your disposal). 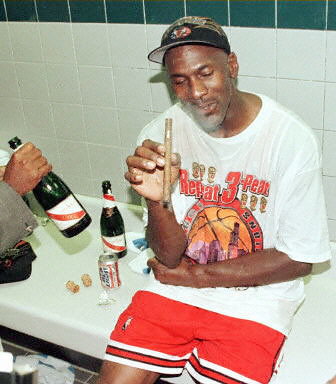 Michael Jordan: Proving that cigars is not just conducive to playing sport, but to winning it also, Michael Jordan must be on this list for the way in which he flooded the changing rooms of his victorious Chicago Bulls with fragrant smoke and is rarely seen without one in hand. He told Marvin Shanken of Cigar aficionado that Partagas Lusitanias are his favourite, he tends to get through six cigars per day and smoking a Trinidad Fundadores to celebrate winning the NBA championship gives us no excuse to omit or doubt his credentials. Sir Winston Churchill: ‘Smoking cigars is like falling in love. First you are attracted by it’s shape; you stay for its flavour, and you must always remember never, never to let the flame go out!’ Sir Winston Churchill is undisputedly the most celebrated cigar smoker of the 20th Century and the only smoker to whom I believe a fat cigar lends itself. In later life he took to chewing cigars, never letting the flame go out as they tended not to be lit in the first place. Montecristo No.2s and Romeo y Julieta Churchill’s were his cigars of choice although I doubt he turned down opportunities to indulge in different blends. A man that lived to 90 smoking 8 to 10 cigars a day. Let this be a lesson to us all.