To distract from this year's perils and flaws, Max Foulkes reflects on last year's most popular cigars and the properties that rightfully place them in the top 10. 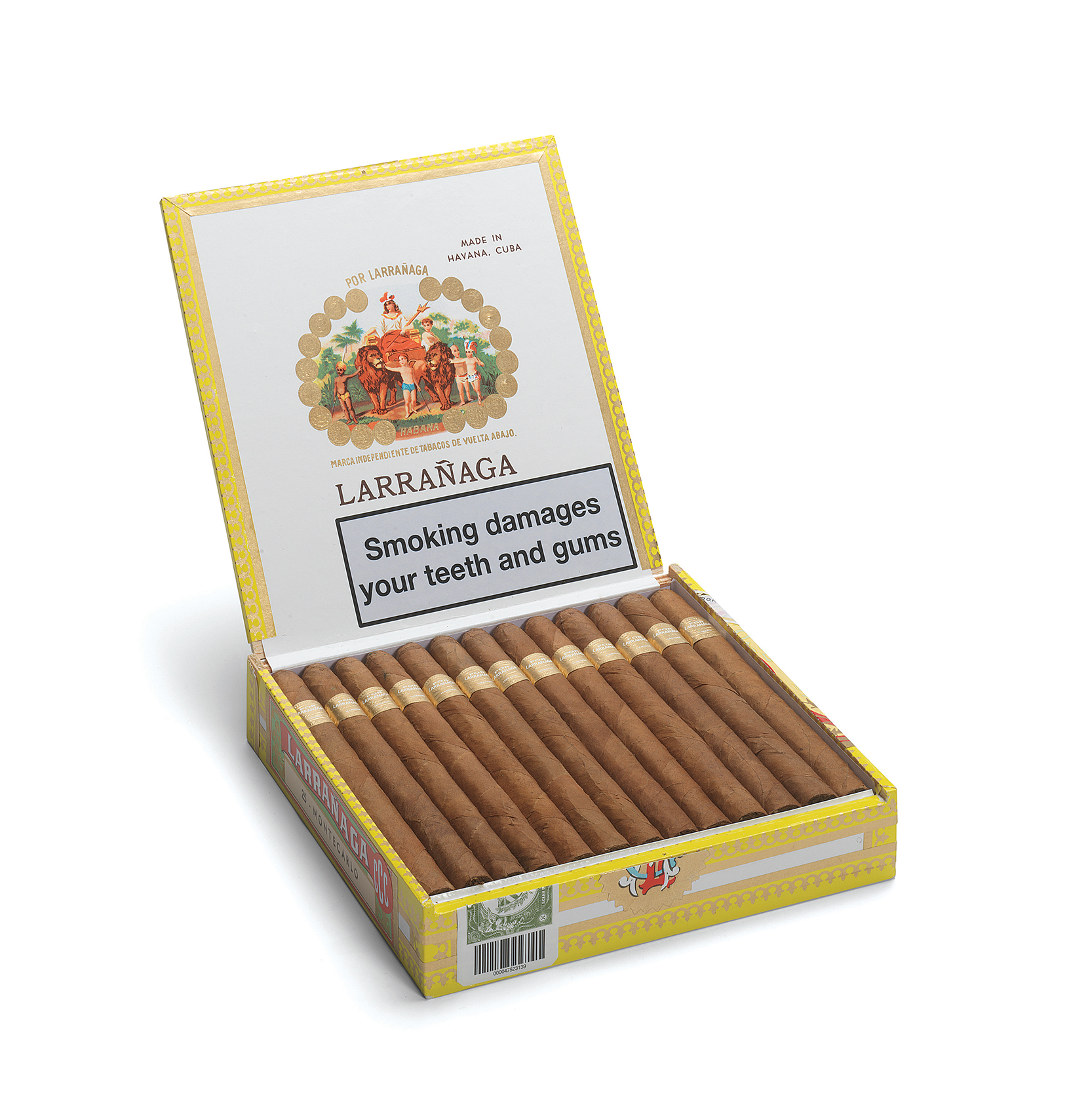 I noticed a small resurgence in the popularity of slender-ring-gauge cigars with the introduction of the Por Larrañaga Montecarlo to the UK market a few years ago, followed shortly after by the inimitable El Rey Del Mundo La Reina Edicion Regional in 2018. This Palmas size cigar (33x170) hides a medium to full flavour within its slim profile, despite maintaining a light to medium bodied flavour. Being one of the oldest surviving brands to come out of Cuba, introduced in 1834, it’s built a reputation for itself and has even made an appearance on three separate occasions as a UK Regional Edition. The Montecarlo is now, at time of writing, supremely difficult to find but I’m hoping is soon to reappear to be ignited once again. 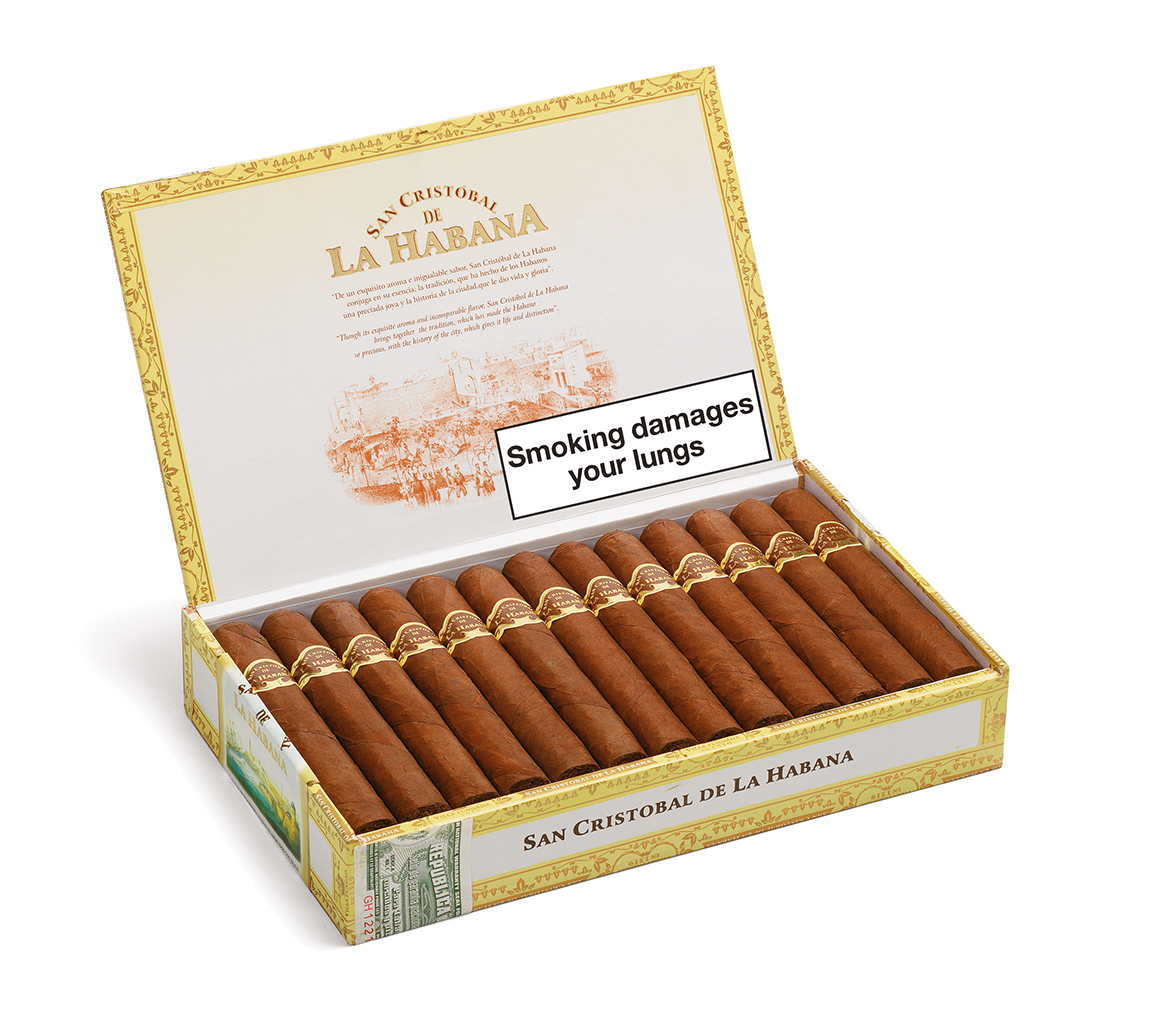 This is a Gordita size cigar that came to Iife in 1999 alongside El Principe, La Punta and El Morro, each named after the fortresses that defended Cuba when it was the hub of Spain’s American Empire. A light to medium bodied blend that I’ve been a fan of since my discovery of El Principe five years ago, San Cristobal continues to surprise and satisfy unsuspecting cigar enthusiasts. La Fuerza should take one hour to smoke and will indeed be enjoyed for an equal amount of time. 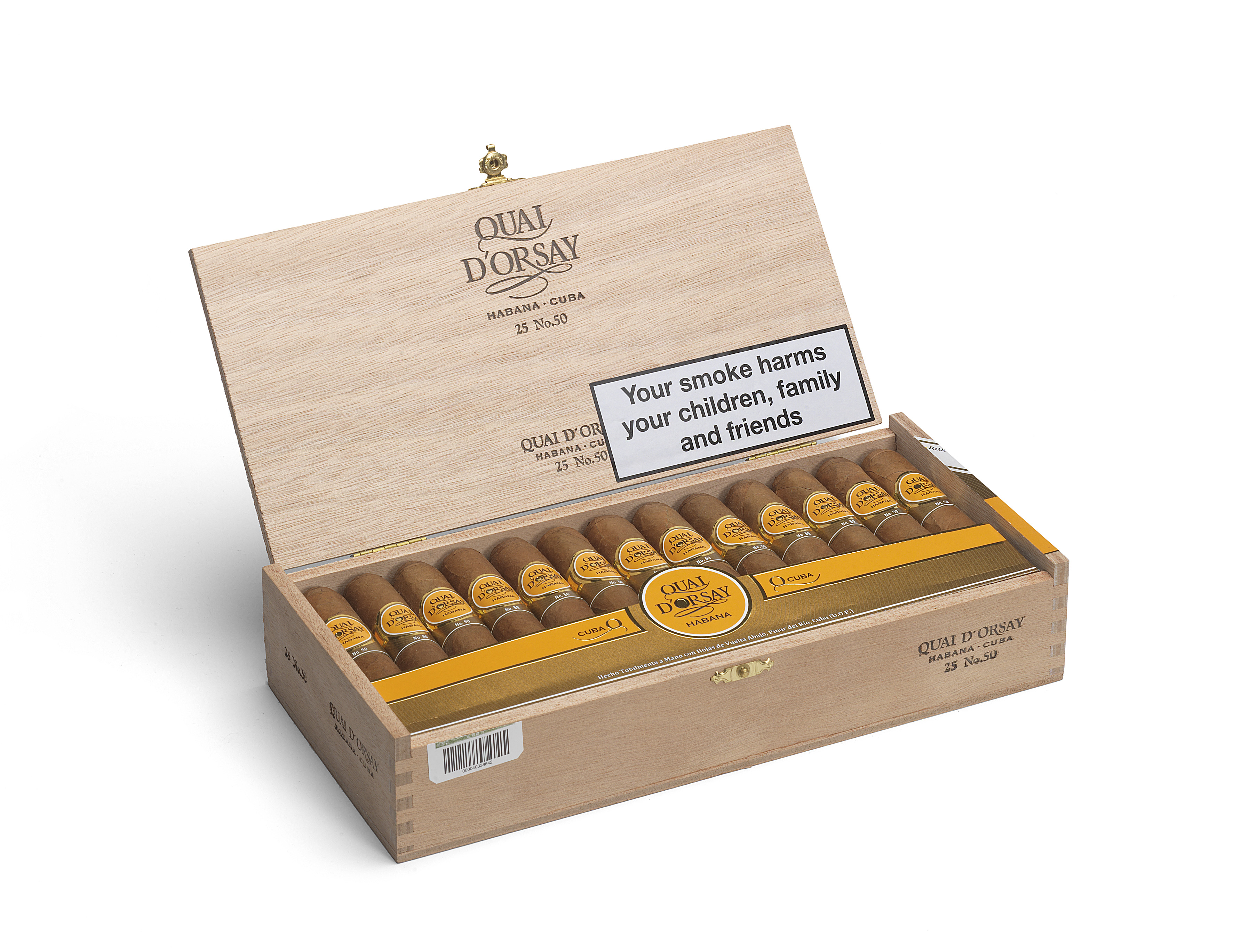 A D5 size cigar from a brand that was originally introduced for the French market. It continues to amuse me that such a light blend what created for a population of Gitanes and Gauloises smokers. 2021 was the year of the no.5o, no.54, not so much the Coronas Claro or even the Senadores. Best enjoyed with a clean palate and most certainly as the first cigar of the day. It’s more than likely that you won’t taste anything if consumed after a substantial meal. 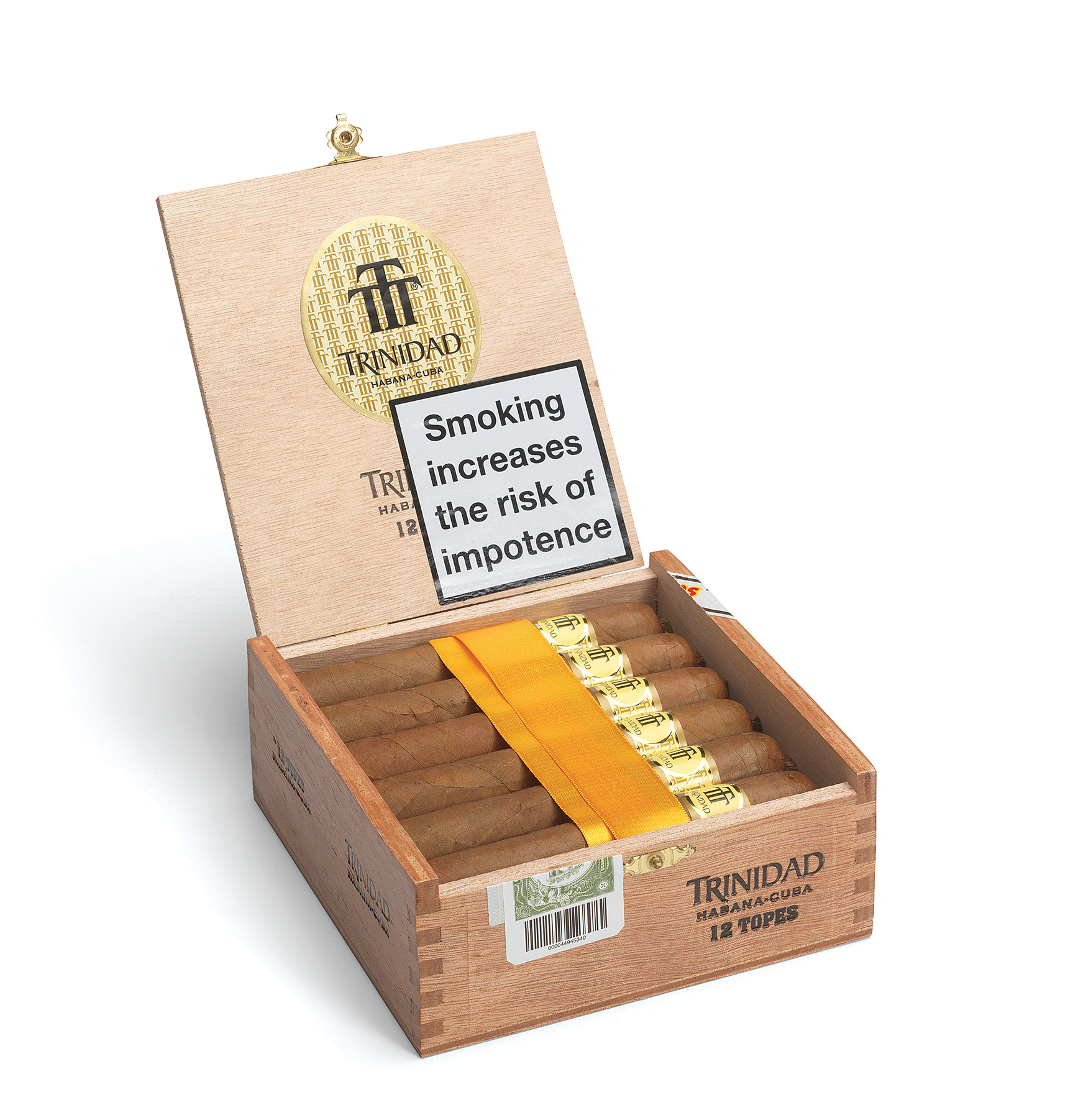 We were delighted to welcome the Trinidad Topes as a standard production cigar. Originally released as an Edicion Limitada is 2016, this vitola is five inches in length and boasts a substantial 56 ring gauge. After the initial success of the Fundadores and then the Reyes and Coloniales, Trinidad decided to move with the times and tastes for larger ring gauges, initially with the introduction of the Vigia and then the Media Luna, Esmeralda and our beloved Topes. This standard production cigar is now almost as difficult to get as its limited-edition predecessor. Keep a hold of them, they’ll only get better with age. 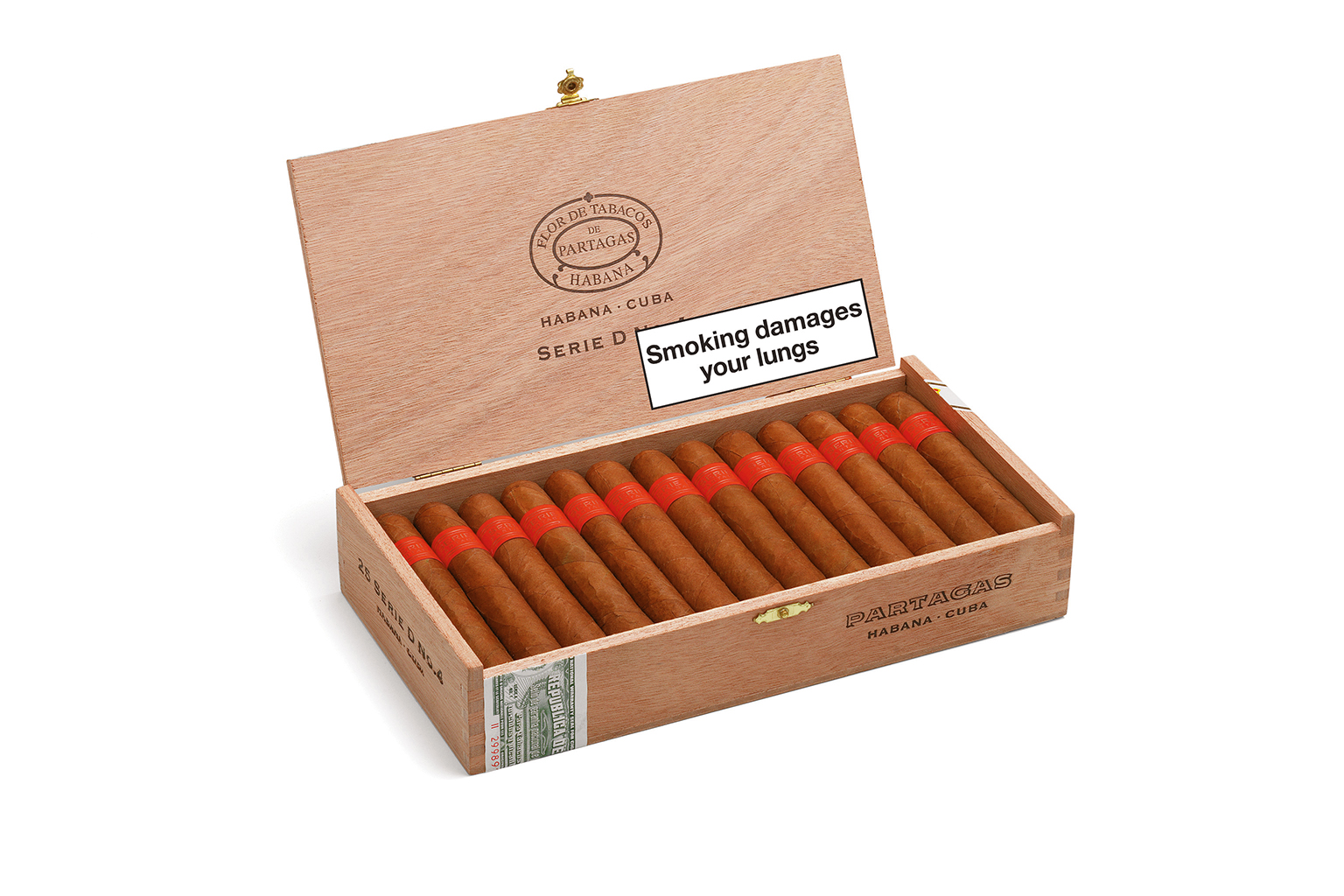 The Partagás D4 is a staple in most, if not all Habonophile’s humidors. A blend and a vitola that most have stayed faithful to over the years and a cigar made even more popular with its release as a Reserva in 2005, the second Reserva to be launched after the Cohiba Selection in 2002, and before the invention of the Gran Reserva line. Very much a savoury, full-flavoured and full-strength Robusto that many make the mistake of smoking as their first cigar. A smoke that suits neither my palate nor my profile but one that must be included in this list due to the sheer quantity sold each year, let alone in 2021. 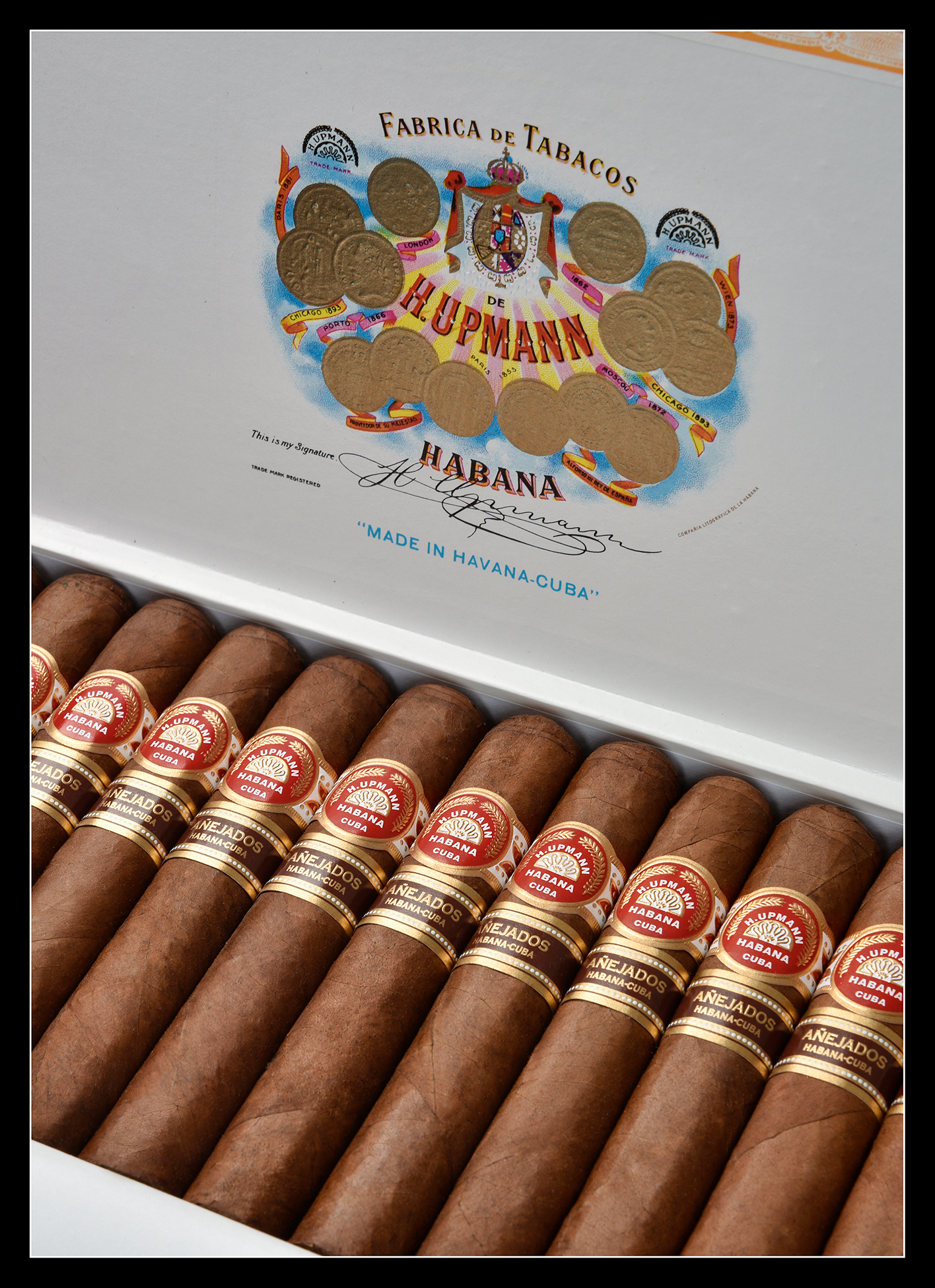 A Cigar that was released in 2017 with a box date of 2012, although on occasion I comes across box dates of 2007 and 2008. Añejados are rolled and then aged at least five years in Cuba, and this is a perfect example. For want of a better word, or even a real one at that, I most often find myself describing this cigar as ‘syrupy’. It is so smooth, so rich, that it can be smoked instead of eating desert. It is slightly box pressed and construction is near perfect. Still available and more than ready to smoke. 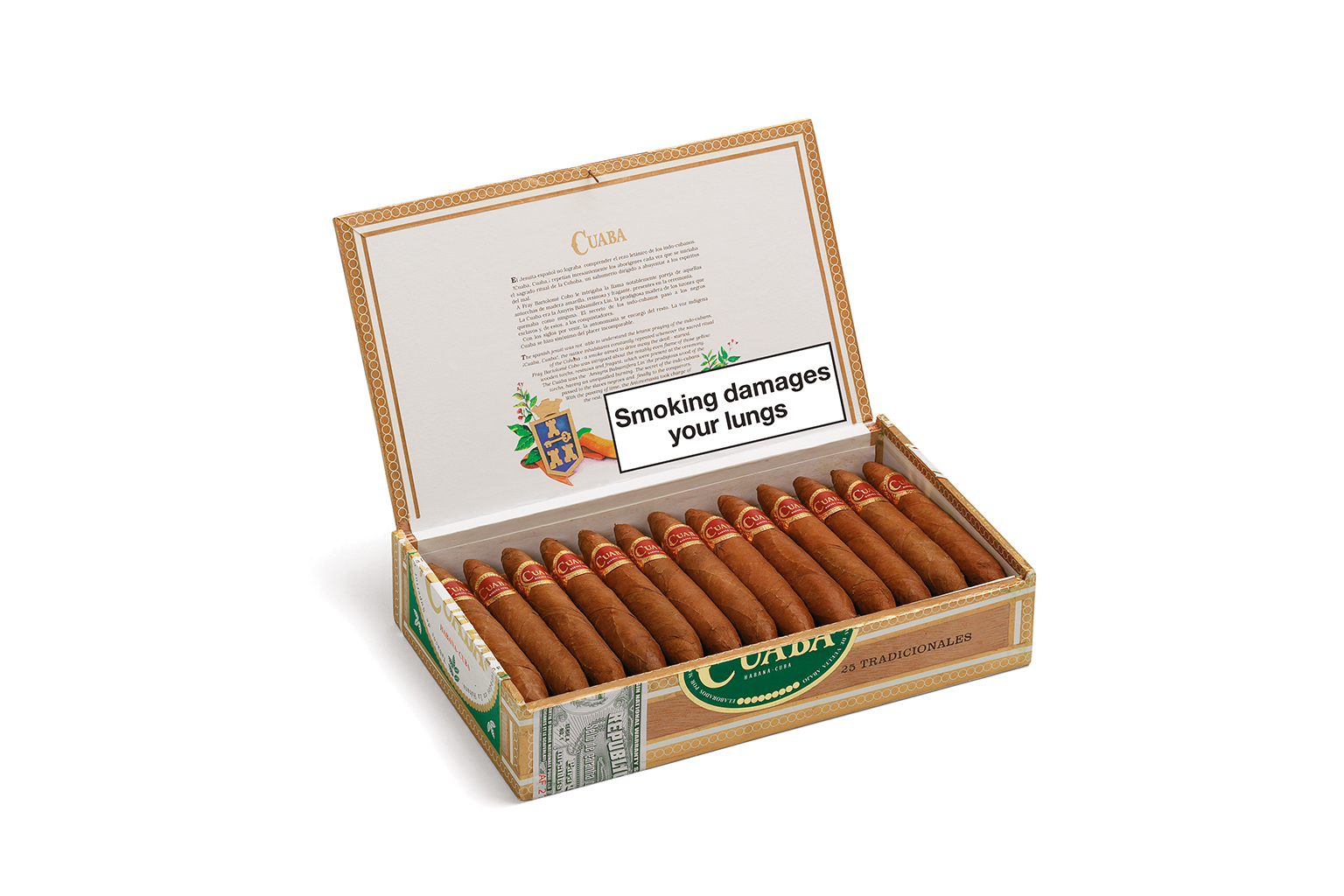 A superb cigar from a line consisting solely of double figurados, the only exception being the Cuaba Piramides released in 2008 as a Limited Edition. This shape was all the rage in the mid to late 19th Century prior to the introduction of ‘Parejo’ or ‘straight edged’ cigars. Just like the 70s, Cuabas are coming back. Their medium to full flavour fills the palate and their peculiar shape occupies the eyes. Davidoff of London still have a couple of boxes of 25 from the second year of production (1997), which are superb. Much lighter than current release but equally flavourful. 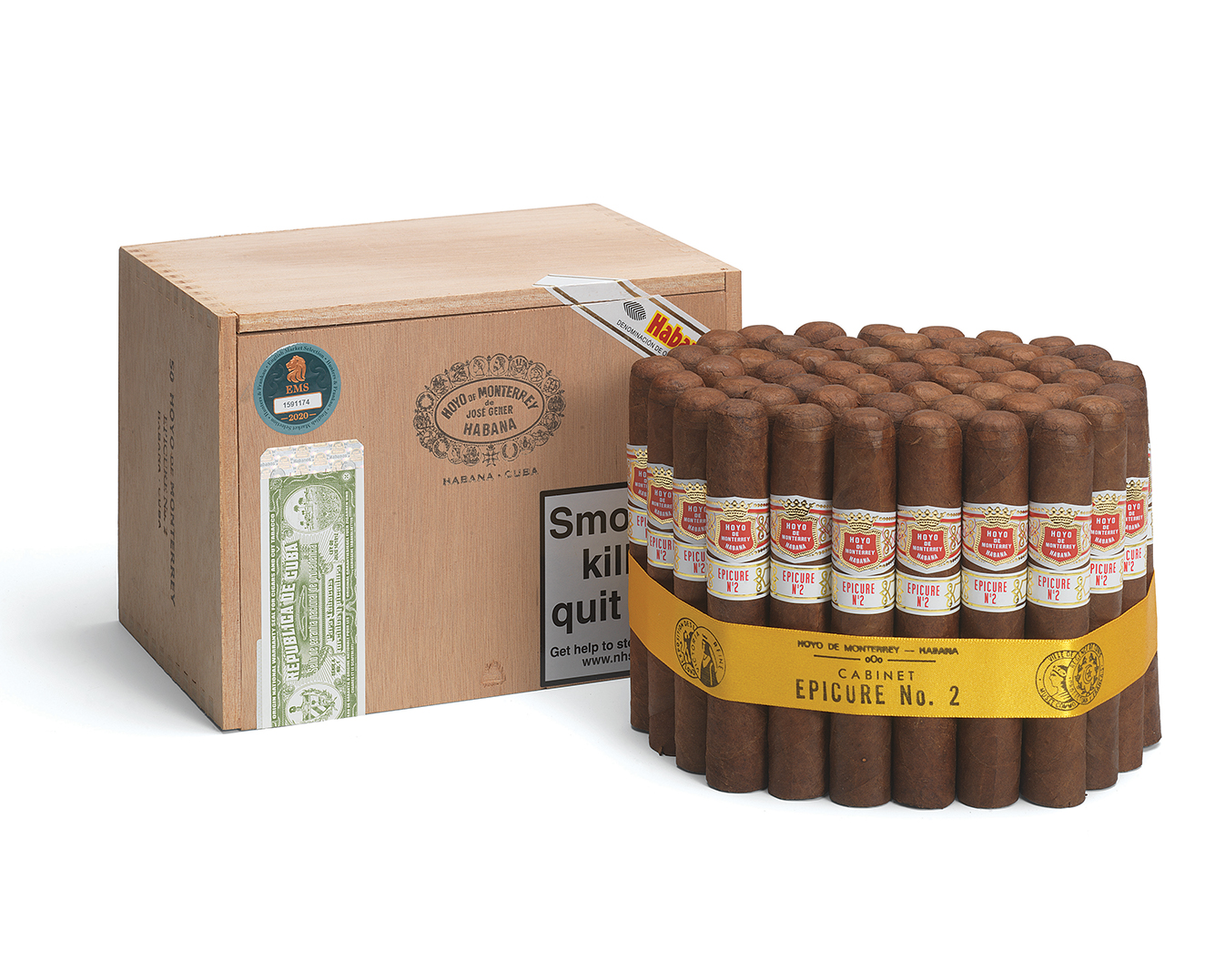 The Hoyo “Epi” no.2 remains one of the most popular Robustos on the market. It is mild without running the risk of being bland. The flavours are subtle and a sweet grassiness prevails. Perhaps the last third can be a little tart but I enjoy the natural development in flavour. At no point during the smoke does the blend exceed a light body. I veer more towards the Epicure No.1 due to its slimmer 46 ring gauge but the flavour profile and strength remain the same between the two. 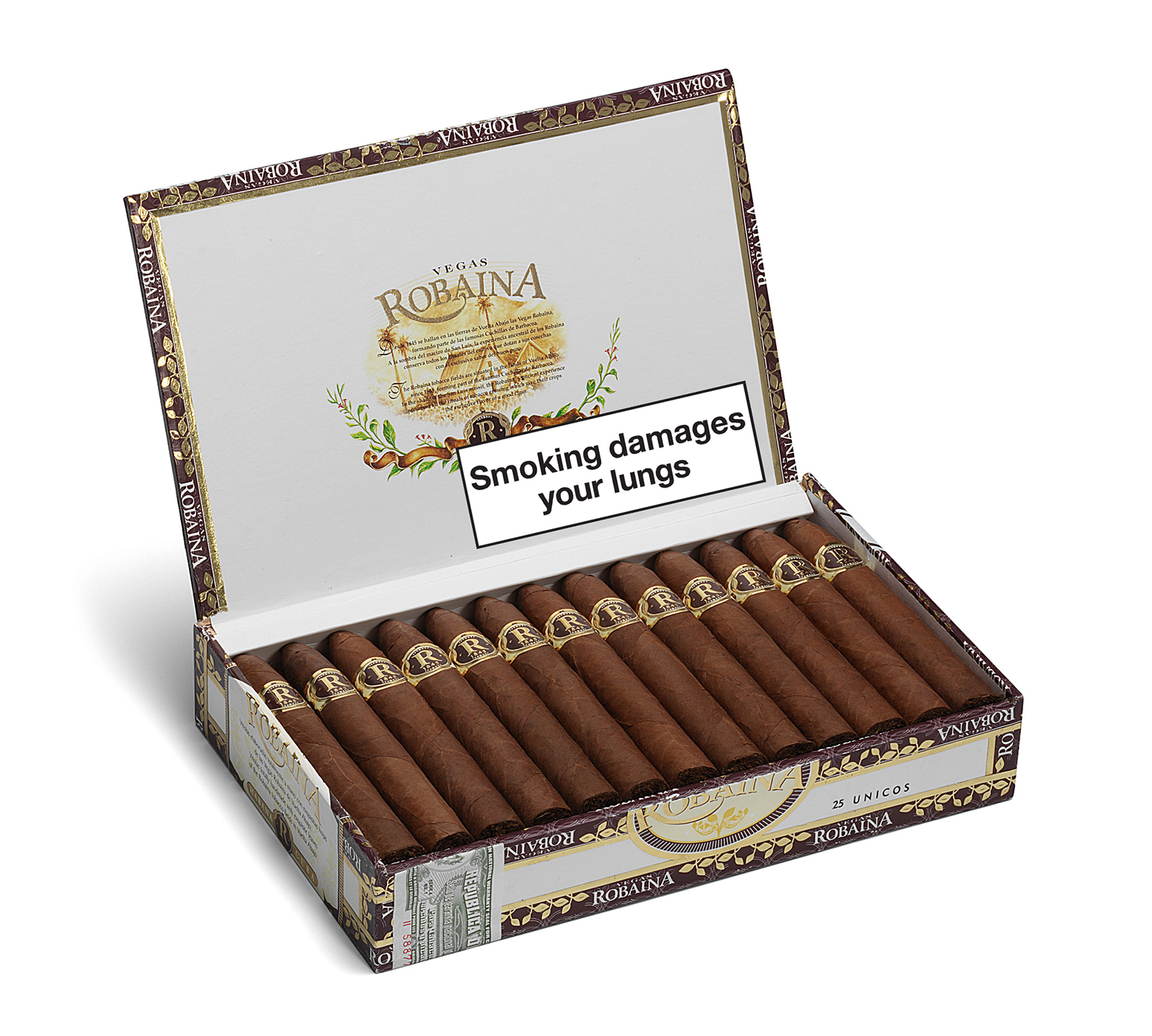 The more refined Montecristo No.2 comes from a brand that was founded in 1997 named after the famed Cuban Tobacco farmer Alejandro Robaina. Vegas Robaina is a medium to full bodied palate filling blend. Notes of Leather, Cocoa and almonds are prominent whilst the pepper most commonly associated with Montecristo is omitted. 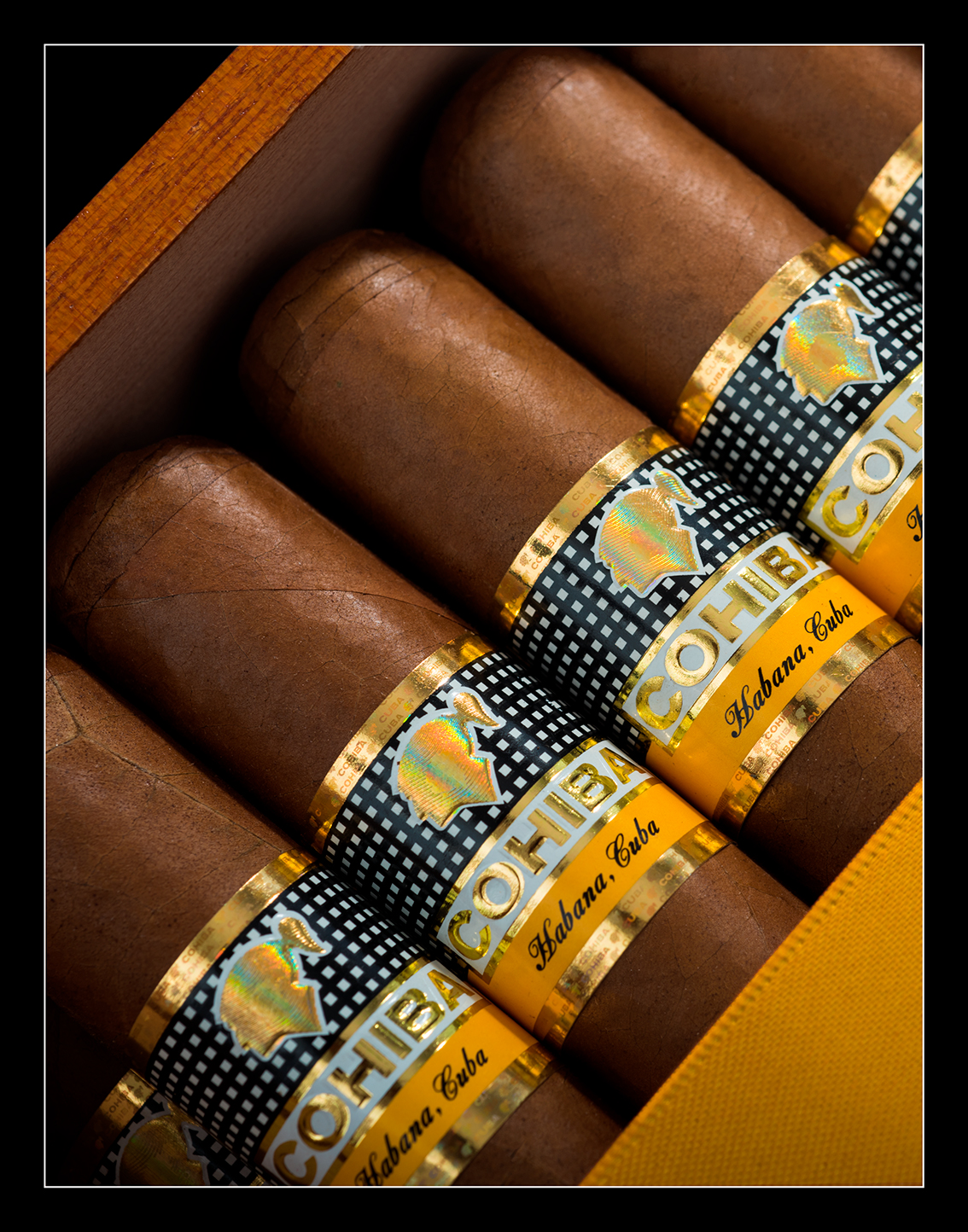 This Cañonazo size cigar (52x150) arrived 10 years after the introduction of the Linea 1492 and featured as the first ever Gran Reserva in 2009. The Siglo VI is a medium body as opposed to the medium to full body of the Linea Classica and Maduro line and the full body of the Behikes. A beautifully well-rounded cigar that can be enjoyed beyond its hour smoking time as the after taste continues to delight the palate.