The Stick Market: Why we should be positive about rising Cuban Cigar Prices 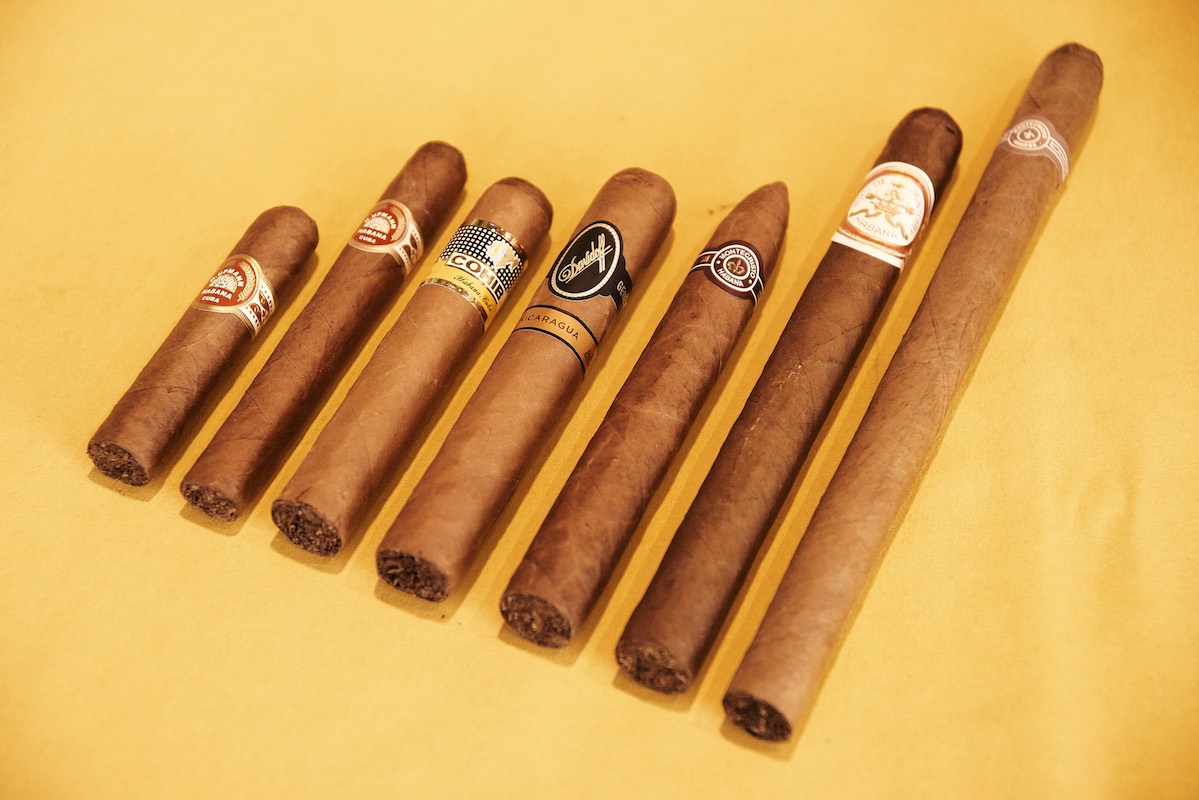 Owing to the shock price-rise announcement from Habanos, The Proprietor went straight to Cuba to parley with the good people at Habanos. Having shared a cigar and a few Cuba Libres with them on the terrace of El Laguito, he most benevolently reflects on what he has learnt and finds precedent that spells good news

Let me clear from the start - this is not an investment column and I am not giving anyone advice! That clears up two key points - I can't be hounded by a regulator for misselling or whatever (what would the regulator for cigar-related investing be called I wonder - 'your humidor is at risk if you fail to make your monthly payments' etc.) and second that I instinctively dislike turning a passion into an asset class. Cigars are there to be enjoyed (as I am enjoying a Quai d’Orsay 54 at the moment).

However, it is worth looking at the market for Cuban cigars in relation to what happens in the fine wine market, since many comparisons can be drawn.

The fine wine market over the past 20 years

The nostalgia for the fine-wine market of yesteryear is well trod. Tales of country parsons or Oxford dons drinking Lafite for supper and roadside hotels like The Bear in Hungerford always having a half of Latour on their lists for passing motorists at a few shillings a bottle (how times change!). Then came the fabled 1982 vintage and wine started to become an asset class in itself.

However, the old adage was that you could buy three cases en primeur (at release), sell two ten years later at a profit and drink the third for free. Supply was plentiful and full 12 bottle cases of famous Burgundies were easily to be had. They were good days and how many of us think back fondly to those similar days with our Cuban Cigars?

Then in the middle 2000s several things happened..

Wine prices for some wines went up fivefold from about 2002 to 2006 and then a further 100% to 2010 after which release prices started to find resistance and prices stabilised. The game of trying to get allocations increased and everyone bought and bought. Super brands were built. Real money was made and, even better, in most cases it was tax free. The wines which went up the most were the most expensive to start with - the first growths. This is important - you needed to buy the very best rather than lots of third rate wine in the hope that it too will increase in value. The same I am told is with art and antiques. Now, there is no yield on wine, you have to pay to store it and nothing is a straight line but wine has outperformed many other traditional asset classes over that period and you can't drink your Google shares can you?

So how do wine prices move?

If you believe that Cuban cigars demonstrate many of the qualities displayed in the above list then it's worth thinking about how we can manage our hobby, smoke cigars we love and either smoke for free or even have an inflation-linked asset stored away for a rainy day.

Wine prices used to follow a relatively consistent pattern. On release they were sold quite cheaply, then they would drop a bit and steadily increase over the next decade or two before reaching a plateau. There would be a bit of a pop when they reached drinking age. Older wines were more expensive than newer ones because they were better to drink and storage was factored in.

Then in about 2005 this changed. Constricted supply meant release wines became very expensive at first call, even more than some older vintages of the same wine. Then in the case of claret they dropped a bit and sat there, before jumping hard when drinkable. Burgundy was more brutal, jumping hard after release and then sitting there for a decade or so before jumping again hard and settling down. A good example is Lafite 2002 (producing 200,000 bottles a year) which bought at £650 a case in 2005 went to £6,000 a case in about 18 months and has stayed around that price ever since. Post 2005 the release price and price a few years later was much the same. Romanée-Conti (producing 5,000 bottles a year) was bought for about £2,000 a bottle in 2013 and jumped to about £7,000 quite soon after, before rocketing to £15,000 a bottle last year. £15,000 for a bottle of wine! That's about £250,000 with duties, a case. This, sadly, is what in my opinion will happen to many of the highest end Cubans - they will literally become too expensive to smoke. 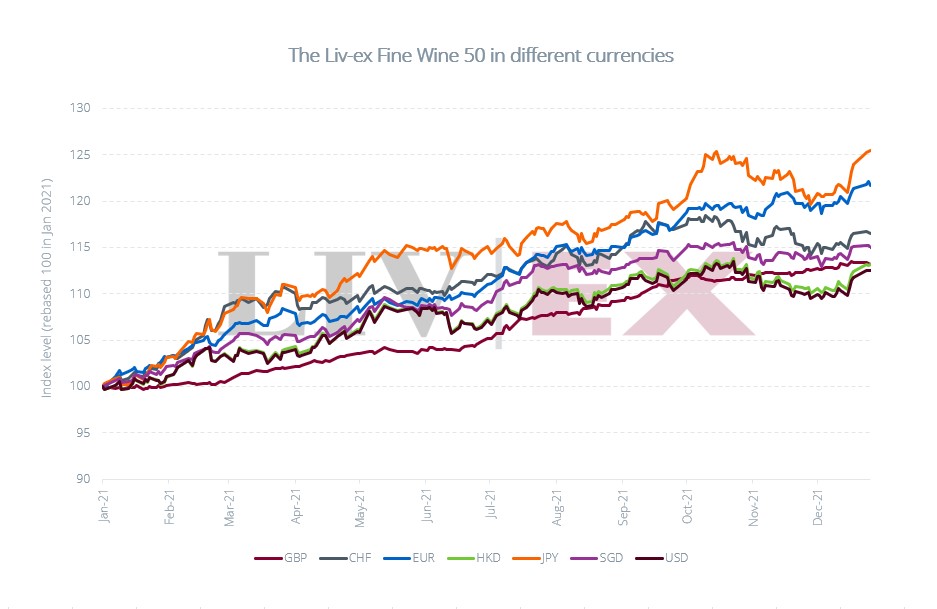 What does it mean?

Bad news for casual smokers. It makes dipping in an out of Cuban cigars a very expensive business. Take a Siglo VI, now around £65 a cigar. If you extrapolate what happened to fine wine when the market changed you should assume they will jump to £120 a cigar over the next year and maybe even go to £200 in two years or so. Special editions which were say £1000 a box of ten or 15 will go up by even greater quantities. Average fine Cubans could go from around £45 to £100 and then it will be hard to find one for less. Cohiba will become a super brand and available only in controlled quantities. Every self respecting billionaire will have a walk in humidor and dinner parties will go quiet when a Limited Edition Romeo y Julieta box is passed around the table.

This means you probably need to take control and buy hard when each new cigar is released. Competition will be high. As with wines like Romanee Conti, you will need to build relationships with key dealers to get supply. Then post purchase and the initial price rise, you have a window of a few years where prices stabilise before the second phase of accumulation when the market returns to a certain vintage or special edition. You will, as with wine, need to steel yourself to buy the limiteds and regionals - a good Monte 2 will do fine over time but it's unlikely to generate the sort of return low production cigars will yield. You will also need to store them properly in controlled warehouses. Keeping them at home in the cellar won't wash. Provenance will be key. Finally, you will need to trade them on new exchanges - Cigar Keep being one resource!

So whilst the future will be expensive, I still believe if you are shrewd, it will still be possible to use the old wine-buying system – buy three boxes, sell two a few years later and smoke one for free. In a way these current market movements make this possible when previously it wasn't. Until now there has not been the interest in trading, the mechanisms for large scale storage do not exist yet and the general demand is growing still very fast, especially if you factor in China. All these concepts are still in their infancy though but forewarned is forearmed. I don't know what the future holds, only what other similar concepts have done. As with fine wine, a mania can set in as it did in 2010 which saw prices fall quite hard from the peak and in some cases not recover to the 2010 levels for years; so be live to that. How to discern value is very difficult so a diversified strategy is also always sensible. Spread your risk where you can and take a multi year view too. Of course a total ban on smoking in the future would not be positive for cigar prices, either!

At Cigar Keep, we will be launching an index of cigars so that you can track their prices as well as other services to facilitate what could become the last great untapped luxury goods market left in the world. We are here to help you make sense of all this.

But for the good news today..

Whilst I sit here typing this note, my Quai d'Orsay is puff by puff becoming more valuable as I smoke it...