The Legend That Will Never Die

What is a life worth? Sir Winston Churchill lived for 90 years and has been immortalised ever since. He was unconventional and sometimes divided opinion, but Britain’s wartime leader remains a symbol of freedom and defiance against the odds, writes Kwasi Kwarteng, the British Member of Parliament for Spelthorne. November 30, 1895 was a hot day in Cuba. Arroyo Blanco, a small village in south central Cuba, was the scene of fighting between Spanish troops and rebel Cuban forces. It was Winston Churchill’s 21st birthday, and a birthday present was to come in the form of gunfire. “There is nothing more exhilarating than to be shot at with no result,” he would later say.

How Churchill got to Cuba is an interesting story. Recently commissioned in the army, Winston was bored. In 1895 there was very little action in which a young officer could shine. Churchill, above all, wanted a reputation for bravery. Looking around the map, it seemed that only in Cuba was there any fighting taking place. The young cavalry officer used his influence to get himself attached to a Spanish regiment, which was then given the forlorn task of defeating the Cuban freedom fighters. Young Winston would leave Cuba in December 1895. He spent only a month there, but it was in Cuba that he developed his lifelong passion for cigars.

Although excellent at English and history at Harrow School, young Winston had a patchy academic record, and his father felt that the army was the only option for his son. Randolph, Winston’s father, was a wayward and brilliant M.P. A great platform speaker and a witty orator, he was appointed Chancellor of the Exchequer in August 1886, aged 37. Everyone talked of him as a future prime minister. However, there were concerns about his judgment. In December that year Lord Randolph offered his resignation to Lord Salisbury, the Prime Minister, on a trivial matter relating to the budget. Salisbury called his bluff, and accepted the resignation. Lord Randolph did not hold high office again. He died in 1895, a month before his 46th birthday, of a brain-related illness.

Lord Randolph’s early death, and his frustration with his son’s lack of early academic progress, go a long way to explaining young Winston’s drive. His ambition was the stuff of legend. By the end of 1900, at the age of 26, Churchill had visited India, Cuba, Sudan and South Africa as a young army officer. He had published three books, and in October 1900 was elected to parliament, as the M.P. for Oldham, the first of five different constituencies he would represent in a 64-year period.

Churchill’s literary output was extraordinary. The speed of his composition was aided by the fact he would dictate speeches and books to rafts of secretaries. As one of his last secretaries, Jane Williams, the mother of Justin Welby, the Archbishop of Canterbury, told me, “words simply poured from him”. It is estimated that Churchill wrote 8-10 million words in more than 40 books and thousands of newspaper and magazine articles. 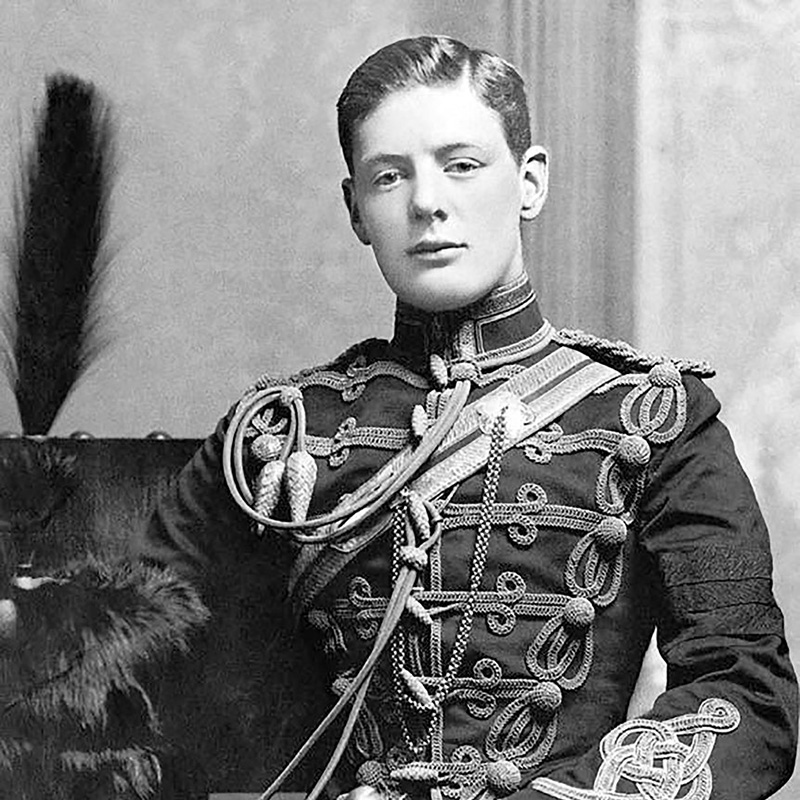 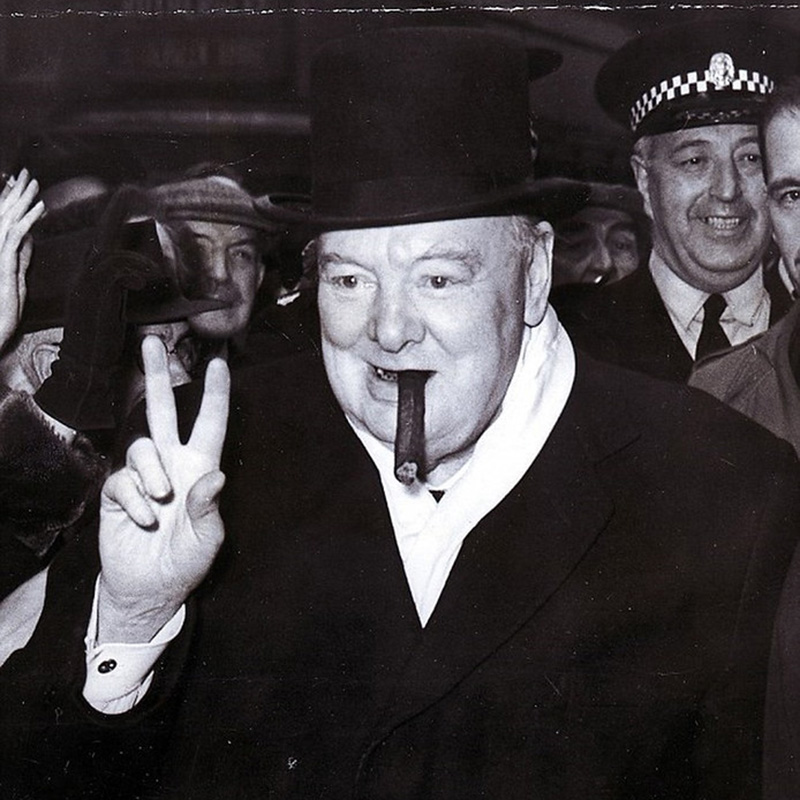 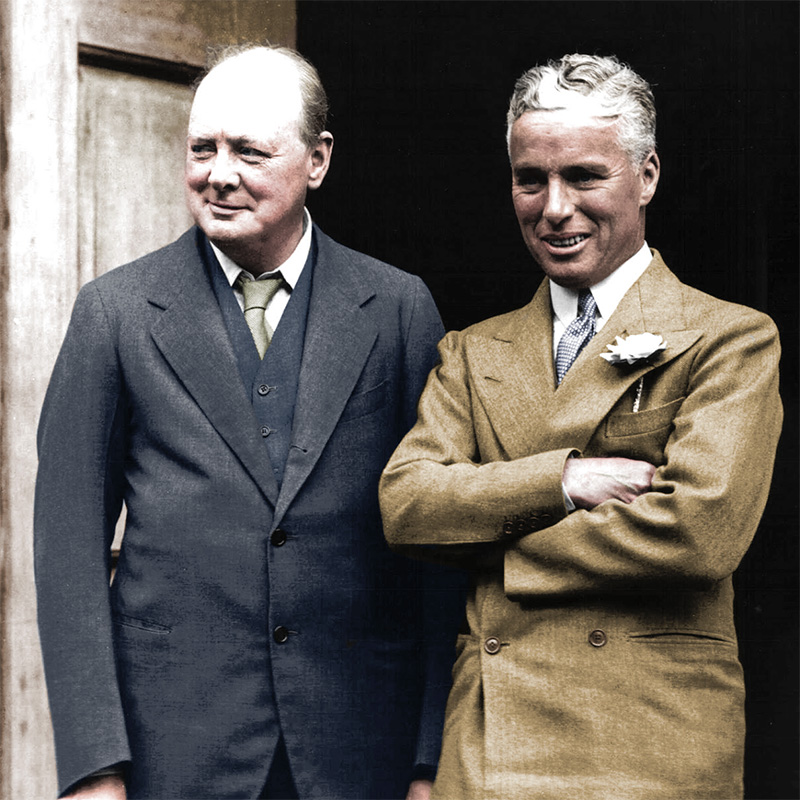 Huge literary output was combined with a love of painting, which he took up relatively late in life, and a well-known love for whisky and cigars. Churchill was a man of great appetites, with an enormous zest for life. Like many of his upper-middle-class contemporaries, he loved spending time in France, with the south of France and Deauville in Normandy being favourite haunts.

In the meantime, his political career was chequered and controversial. Having been elected to the House of Commons as a Conservative in 1900, he left the Conservative Party in 1904 to join the Liberals. Memorably, when questioned about something he had said as a young Conservative M.P., he replied: “I said a lot of foolish things as a Conservative, and I left them as I wanted to stop saying fooling things.”

With amazing good timing — some would say opportunism — he joined the Liberal party just before their landslide victory of 1906. As a Liberal M.P., Churchill enjoyed a brilliant career. He was first made under-secretary for the Colonies, and, by 1908, he was president of the Board of Trade. At 33 he was the youngest man in the Cabinet, with a glittering future ahead of him. 1908 was also the year he married Clementine Hozier, who would prove to be a rock of stability in his stormy life, and with whom he would have five children.

Churchill’s energy and enthusiasm, his way with words, created a large number of enemies. He caused a storm as under-secretary for the Colonies when he described Lord Milner, a great imperial civil servant, as a has-been who had “ceased to be a factor in public events”. Milner, a hero of the British establishment, was revered in imperialist and Conservative circles. It was an insensitive display of arrogance on the part of the 31-year-old Liberal junior minister.

The end of the early phase of Churchill’s career coincided with the ghastly failure at Gallipoli in 1915, when 73,000 British and Irish troops were killed or wounded, and New Zealand suffered 8,000 casualties. When the Conservatives gained power as part of a coalition in 1916, Churchill was asked to leave the government, and he then spent time on the Western front as a battalion commander.

The 1920s and 1930s were a frustrating time for Churchill. After ditching the Liberals, he ended up back with the Tories. The onset of middle age, and the death of close friends, such as Lord Birkenhead in 1930, brought home to Churchill his own mortality and the unfulfilled nature of his ambition. In the 1920s he was offered the Chancellorship of the Exchequer by his fellow Old Harrovian, the Prime Minister Stanley Baldwin. “Will the duck swim?” was Churchill’s alleged reply in accepting the job. But his time at the Treasury did not play to his strengths, and was marred by the General Strike. 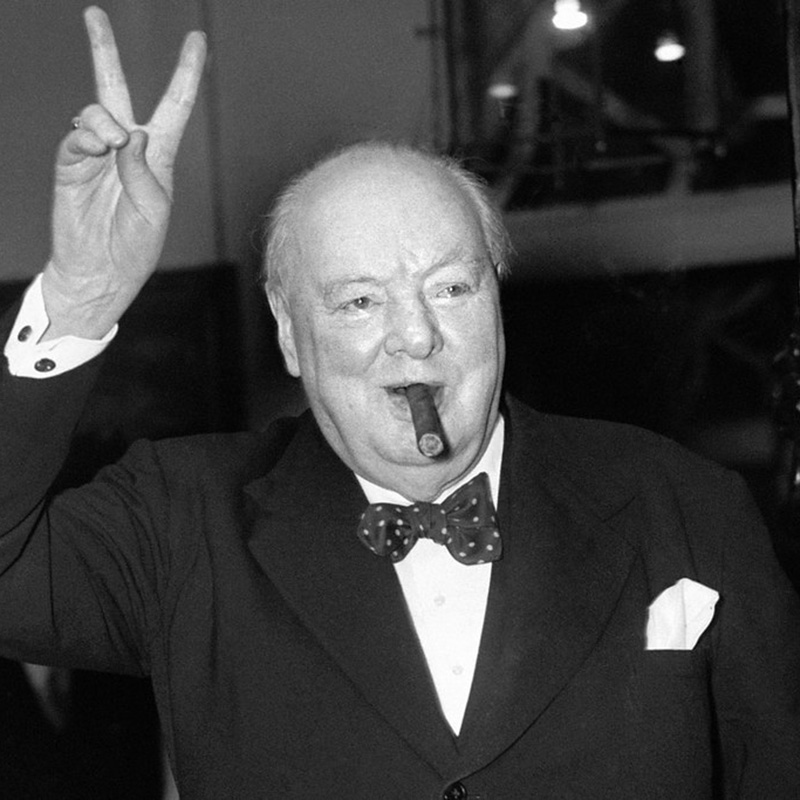 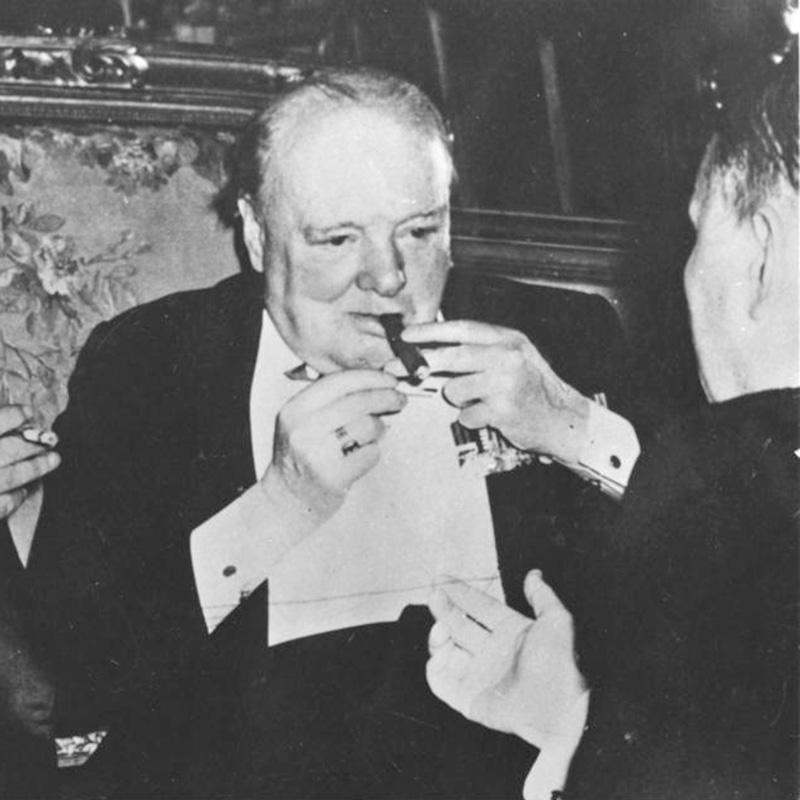 The 1930s saw further estrangement between Churchill and Conservative party bosses. The Conservatives under Baldwin were determined to follow a progressive course on imperial questions. Churchill fell out with the Tory leadership over the Government of India Bill, which wanted to give India a fair measure of self-governance. Ever free with his words and fine phrases, Churchill offended a large number of Indians by describing Gandhi, the hero of the Indian independence movement, as “a seditious middle-temple lawyer now posing as a fakir of a type well-known in the East, striding half-naked up the steps of the vice-regal palace… ” Many people in India would never forgive him for those remarks.

Churchill’s warnings against Nazi Germany further irritated the Conservative Party leaders. It was only when war was declared in 1939 that Churchill was finally recalled to government as First Lord of the Admiralty. This was a stirring moment in British history. Churchill had, of course, occupied exactly the same position at the beginning of the first world war. In his own grandiloquent words, he said: “Once again we must fight for life and honour against all the might and fury of the mighty German race. Once again! So be it.”

The irony of his becoming prime minister in May 1940, at the grand age of 65, was that in many ways Churchill was past his best. The energy and zest for life, which had characterised him in his youth, had faded. By 65, Churchill was, in his own words, “a very old man”. He had been in parliament for nearly 40 years, and did not know many of the younger M.P.s. His 10 years in the wilderness, between 1929 and 1939, had further alienated him not only from new Labour M.P.s but many of the younger Conservatives, too, who had ambitiously been courting the party leadership. The fiasco in Norway, where the Nazis had been allowed to capture Norwegian iron ore production, was partly his fault as First Lord of the Admiralty. Neville Chamberlain, having lost significant support across the Commons, resigned, and on May 10, 1940, Churchill became prime minister.

Churchill undoubtedly was the only man for the job. He had spent decades in parliament, was a master of rhetoric, and had a genius for words and phrases. He had wide, if uneven, experience across government. He had held the highest positions in the defence establishment in two world wars. He had even served on the front in the first world war. Nobody was better qualified to lead Britain in her darkest hour.

Churchill’s style was certainly unorthodox. He got up late, would often have siestas late in the afternoon, and then work into the early hours. Such a way of life made things difficult for his subordinates. But nobody could deny his passion, patriotism or his single-mindedness. “The few”, “the end of the beginning”, “we will never surrender”, and many other phrases not only inspired millions of Britons but have also entered the English language as expressions of defiance and perseverance.

When he left Downing Street for the last time, in 1955, he was 80 years old. Even at the time, people felt an era had drawn to a close. Churchill had reached the status of a legend in his own lifetime.

When he died, on January 24, 1965 — coincidently the same day on which his father had died 70 years earlier — Britain was a different place. Decolonisation, Labour governments and pop culture had made their mark. To many, Churchill seemed like a relic from a bygone age. Yet across the world, even today, he remains a symbol of freedom and defiance against seemingly unbeatable odds. Through his writing and memorable speeches, Churchill lives on in a way that no other British politician has done.