The Cigar Glossary: A Scholarly Resource 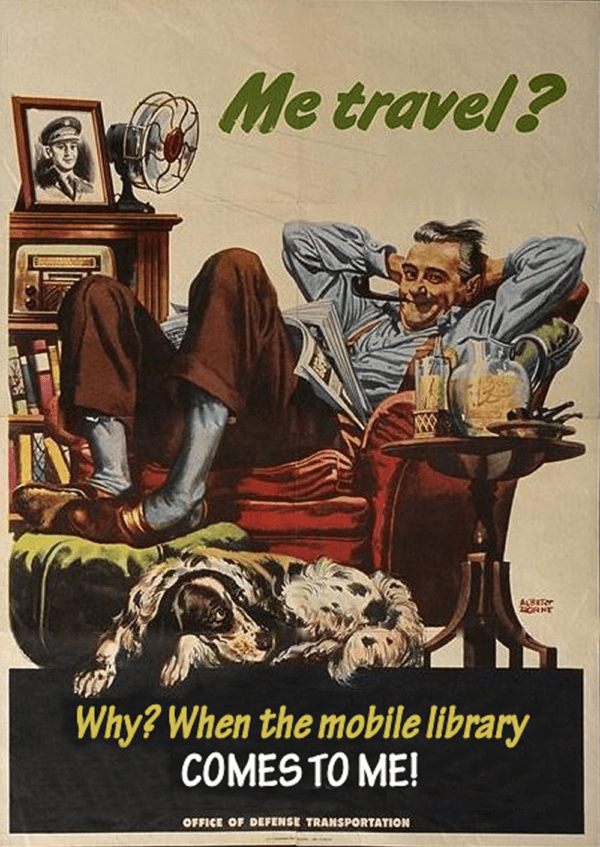 As well as the endless names which us cigar enthusiasts revise, there are some key terms in the canon that are also essential to know and understand. Master Professor Max Foulkes provides you with what you need to know.

The Cuban word for a cigar band or ring.

The process of gathering and improving tobacco leaves after they are harvested up to the point when they are placed in bales to mature.

Action of piling up earth around the tobacco plant in order to help the roots grow.

Literally ‘a pack of cards’. The nickname given to the Blending Department in a factory because the process of assembling leaves for a blend resembles shuffling cards.

The cylindrical bunch formed when the filler leaves are wrapped in the binder leaf.

The foot of a cigar.

The outside wrapper leaf of a Habano.

The binder leaf. Selected from the largest and finest volado leaves grown on the lower part of the plant.

Tobacco House or Curing Barn on a plantation where the leaf is cured and the first fermentation of fillers and binders takes place.

Literally a ‘cartridge’. The cylindrical punch used to cut a small section from the wrapper to complete the cap.

The tasters who daily test cigars at the factories.

Cedar strips used to wrap cigars and as dividers between rows in boxes.

The template used to check the ring gauge and length of a finished cigar.

The semi-circular blade used by the torcedores to cut tobacco leaves in the factory.

The description of a light borne coloured wrapper on a finished cigar.

Tasting National Commission; body composed by the best Cuban tasters which is part of the Tobacco Research Institute. With the Regulatory Council it coordinates the guidelines for the quality, the consistency of blends for the brands and tobacco varieties.

The Regulatory Council for the Protected Denomination of Origin (D.O.P.) for Habanos and the other Cuban tobacco denominations is the body that unifies all the organisations in Cuba that have the responsibility for the standards of production applied throughout the tobacco industry form the farms to the finished boxes. It comprises he following organisations: Tabacuba, Asociación Nacional de Agricultores Pequeños (ANAP), la Empresa de Acopio y Benficio del Tabaco, el Instituto de Investigaciones del Tabaco Cubatabco and Habanos s.a.

A pole over which the leaves sewn in pairs are hung in the Casa de Tabaco.

Curing, the drying process that the leaves undergo in the Casa de Tabaco.

Action of removing the top bud from the tobacco plant to concentrate growth on the development of additional leaves.

Removing the side shoots after Desbotonar.

The names also describes the process in the factory where the central stems of the wrapper leaves are removed entirely.

The women who strip the binders and the fillers at the stripping houses and the wrappers in the factories.

Limited Edition. Special production of Habanos made annually using fillers, binders and wrappers aged at least two years before the cigars are made. The wrappers come from the top leaves of the shade-grown (tapado) tobacco plant, which are darker in colour. Boxes can be identified by and extra black and gold seal indicating that they contain Limited Edition Habanos and the year in which they were released. Each Habano is dressed with and extra band giving the same information.

The sewing of the leaves together in pairs prior to placing them on cubes in the traditional curing barn. Also used as an alternative word to describe the leaf by leaf harvesting method.

Colour graders who work in pairs at the factory to colour-match the wrappers in any box or bundle of Habanos.

The Sorting House where the classification of all leaves (wrappers, fillers and binders) takes place and also the site of the fermentation for the wrapper leaves.

The names also describes the process in the factory where the finished Habanos are graded into different colours and shades for boxing.

A cigar with an irregular shapes pointed at one end or double-figurado pointed at both ends.

Literally strength. Fortaleza 1, 2, 3 and 4 are synonyms for volado, seco, ligero and medio tiempo.

The factory workshop where the cigars are made by hand. Literally the galley,

A bunch of graded tobacco leaves tied by their stems for handling.

Tasteless and odourless vegetable gum used by torcedores to secure the wrapper leaf and cap on a finished cigar.

Special production of Habanos that’s are released very occasionally in small quantities. The term applies only to Habanos who’s fillers, binders and wrappers have been aged for at least five years before being rolled at the factory. They are identified by the second band on the cigars in black and gold colours.

The official Demoninación de Origen PROTEGIDA (D.O.P.), or protected Denomination of Origin used only to describe the most outstanding brands of cigars, which are manufactured in Cuba to the most exacting standards established by the Regulatory Council, from tobaccos grown only in particular areas of the island that are also protected as Denominations of Origin. In English the word translates as Havanas, which are widely considered to be the best cigars in the world.

The Havana-based company, jointly owned by the Cuban industry and the British Imperial Tobacco Group, which markets all 27 Habanos brands worldwide.

The waiter in a bar or restaurant skilled in the art of selecting and serving Habanos as well as recommending matches with drinks or other products like coffee, tea or even chocolate. A contest to find the world’s best Habanosommelier is staged as part of the Festival de Habano each year.

The colourful dressings used to decorate the traditional labelled boxes of Habanos.

The Tobacco Research Insitute, which controls the seeds used by the farmers and conducts research to improve seed strains by using natural methods of crossing and selection. Part of the Regulatory Council for D.O.P. Habanos.

Reader who entertains the Torcedores while they work.

The Master Blender in a Habanos factory.

One of the Tiempos of families of filler leaves. The word translates as ‘light’ although it is used to describe the leaves from the top of the plant that are rich in flavour and usually dark in colour. Fortaleza 3.

Literally ‘ripe’. The description of a very dark brown, almost black, wrapper on a finished cigar.

The method of harvesting tobacco leaves using a knife to cut the stems in sections with two leaves attached as opposed to the leaf-by-leaf or ensarte method.

Literally ‘ half wheel’, the description of 50 Habanos tied into a bundle.

One of the tiempos or families of filler leaves. This one describes the fullest flavoured leaves found only amongst the top to leaves on a sun-grown plant. Very rare. Fortaleza 4. Found in Cohiba Behikes.

a.k.a. cajuela. The open-fronted, lidless box into which the torcedor places finished cigars so that they can be put in roderos and transported safely to the quality control department and subsequent processes in the factory.

The process of moistening tobacco leaves.

Hessian bales in which binder and filler leaves are aged.

Cuba’s oldest tobacco producing region and a protected Denomination of Origin. It’s is the source for the leaf of one particular Habanos brand, José L. Piedra.

Special production of Habanos that are produced very occasionally and in small quantities. The term applies only to Habanos whose fillers, binders and wrapper have been aged for a minimum of three years before being rolled. They are identified by a second black and silver band.

Grading and final classification of the wrapper.

Big wooden receptacle which contains the mini-roderos or cajuelas full of freshly-made cigars for transportation inside the factory to quality control and subsequent processes.

A famous small town in Vuelta Abajo which gives its name to a district that is protected as a Denomination of Origin. It’s has a particular reputation for the cultivation of fillers and binders.

The other small town at the epicentre of Cuban tobacco culture, known above all for the cultivation of wrapper leaves. As a district located in the Vuelta Abajo zone, it’s name is protected as a Denomination of Origin.

One of the tiempos of families of filler leaves. Seco describes the leaves of medium flavour taken from the middle of the plant which contribute much to the Habano’s aroma. Fortaleza 2.

The tobacco zone situated in the Pinar del Río region that is not in the Vuelta Abajo. Known mainly for its cultivation of binder and filler leaves for short filler cigars and its production of seeds for all types of Habanos.

Spanish for tobacco but in Cuba it also means cigar.

Sun-Grown tobacco. The term is used to describe the method of growing tobacco in the open air for fillers and binders.

Machine made cigars. These are not Habanos.

The Cuban corporation that manages the agricultural and manufacturing functions of the Cuban tobacco industry.

The wooden board on which torcedores make cigars.

Literally ‘covered’. The term is used to describe the method of growing tobacco for use as wrappers in the shade under muslin cloth.

A bale made from yagua in the which the wrapper leaves are aged.

The same as Fortalezas. Different grades of fillers leaves needed for various purposes required in blending the Habano.

Cigar roller. The word translated to ‘twister’, which is the last thing a cigar roller should do when making a cigar.

Totally by hand. A description created in Havana to differentiate between Cuban methods of making cigars by hand and the semi-mechanised methods used elsewhere that can legally be described as ‘Hecho a Mano’ or ‘Hand Made’.

Filler, the blend of two, three or four different types of tobacco leaves that form the heart of a Habano and dictate its flavour.

Short filler. Filler that is made from pieces of chopped up tobacco leaves sometimes known as picadura.

Long filler. Filler that is made from full-length tobacco leaves.

Individual first class fields on plantations in registered Cuban tobacco regions that are approved by the Tobacco Research Institute and the Regulatory Council to grow leaf for Habanos.

A word with many meanings. In Cuba it refers to the size and shape of a cigar (vitola de galera factory name) and also to a particular size of cigar in an individual packing. In Spain it means a cigar band or ring (vitolfilia cigar band collecting). To some it has an almost spiritual meaning encapsulating every aspect of this cigar choice.

One of the Tiempos or families of filler leaves. This one describes the light flavoured leaves, taken from the bottom of the plant, which help the cigar to burn in correct manner. Fortaleza 1.

The finest tobacco-growing land in the world, Vuelta Abajo is the main source of tobacco for Habanos and the only zone that grows all types of leaf: wrappers, fillers and binders. A Protected Denomination of Origin.

A tobacco region in the eastern part of Cuba including Bariay where Columbus landed in 1492 and discovered Cuban tobacco. Consequently, it is protected as a Denomination of Origin. Tobacco is still grown here, but not for Habanos.

The loose part of the bark of the Royal Palm, Cuba’s National tree, which is used to make bales (tercios) in which wrapper leaves are aged.

The gentle loosening of the tobacco leaves after they have been unpacked in gavillas from bales.