Taking the Michael: A conversation with Michael Nouri

On a recent trip to London, Michael Nouri, lead of Flashdance and an icon of the 1980s, would not let the day go by without popping into Davidoff of London, where Tom Chamberlin linked up with his old smoking buddy, and discovered his journey into cigars. 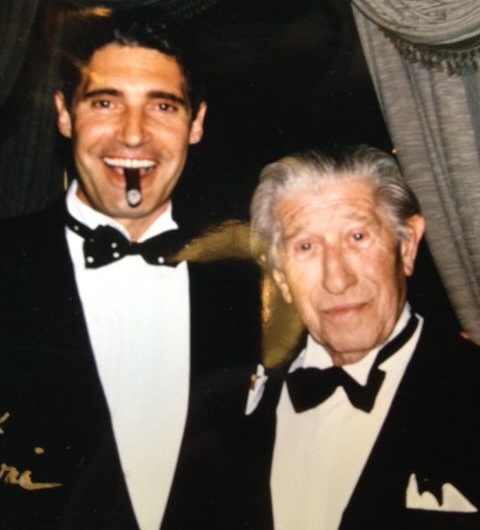 Michael Nouri no longer has much to prove. He strikes an impressive figure with oxen-broad shoulders and an even broader smile. His career still holds strong, with recent roles in Yellowstone and The Watcher, despite him having every right to roll onto his back, exhale deeply and watch every puff of cigar smoke effervesce into the firmament. He is a ne plus ultra raconteur and a gentleman of a bygone era. Most importantly, he is a passionate bon vivant, smart dresser and cigar smoker. It only seemed appropriate that we interview him and let you get to know him better, dear members.

I first met Michael at Davidoff of London, he is very old friends with the Sahakians. He invited Edward and his family (including a young Eddie) to the premiere of Flashdance in London. Since then we have smoked together in London, New York City and Los Angeles. Alas, I wish I had known him as long as Edward to have gathered the memories he has but the stories live on. 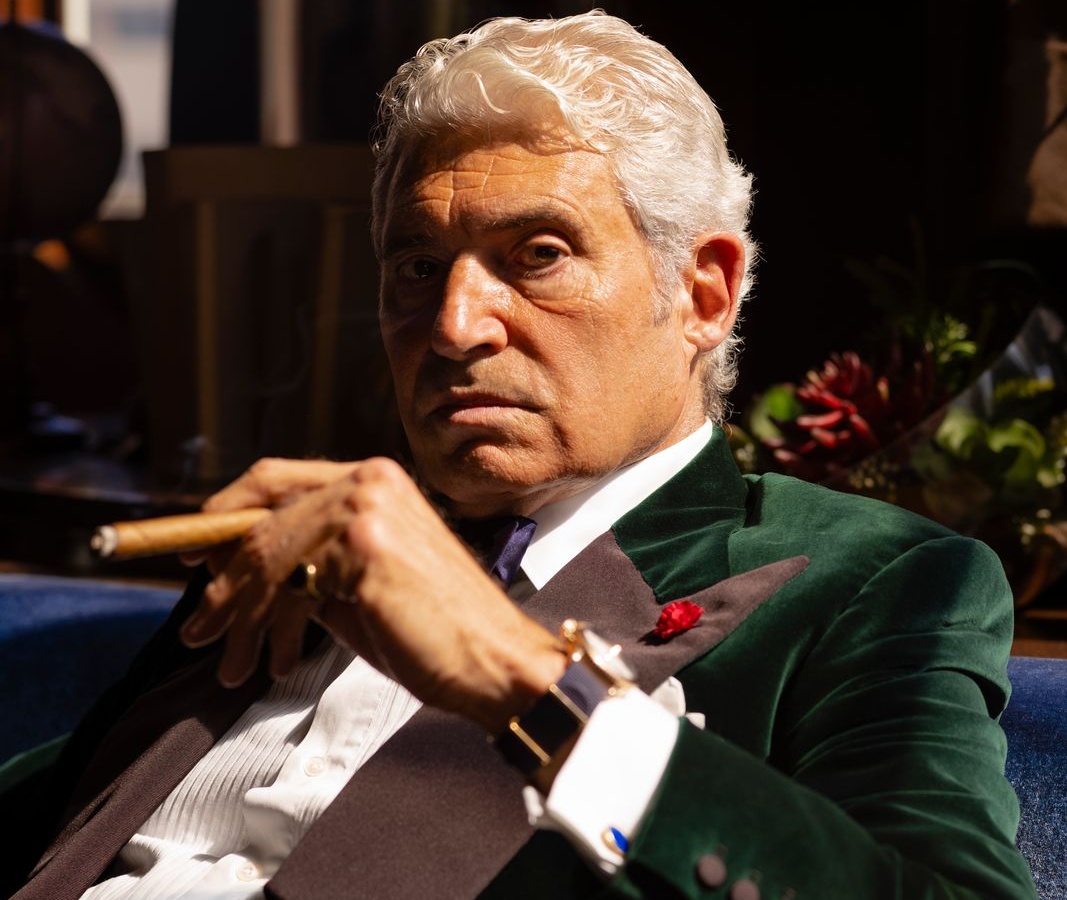 His first cigar was an H. Upmann from a tube when he was 12 years old. His parents were away and he had a copy of The Old Man and the Sea . “This was in the Fifties” Michael said, “I paid 50 cents for the cigar and I sat and I was in heaven, and reading the Hemingway.” So he remembers smoking in America before the Embargo, which is a bit like meeting someone who knows Britain before Queen Elizabeth II. Smoking once the embargo had been put in place did not deter him. “It was exciting being on the wrong side of the law to satisfy a not unreasonable taste. I used to get my cigars through Toronto, I had quite a supply so they lasted me a while.”

His father has always been a great influence on his style. From tailors to clubs and accessories, they all have a paternal link that he cherishes and it is the same for cigar smoking, but this time it is the other way round, “He introduced me to Savile Row, I introduced him to cigars.” Presumably he swept his father along in the perceived romance of cigars, “From the time I read The Old Man and the Sea, and Hemingway and his relationship with Cuba and cigars, it really fuelled my imagination, starting at that time as a young boy, I dreamt of going to Cuba. I went in 1990 with Marven Shanken. 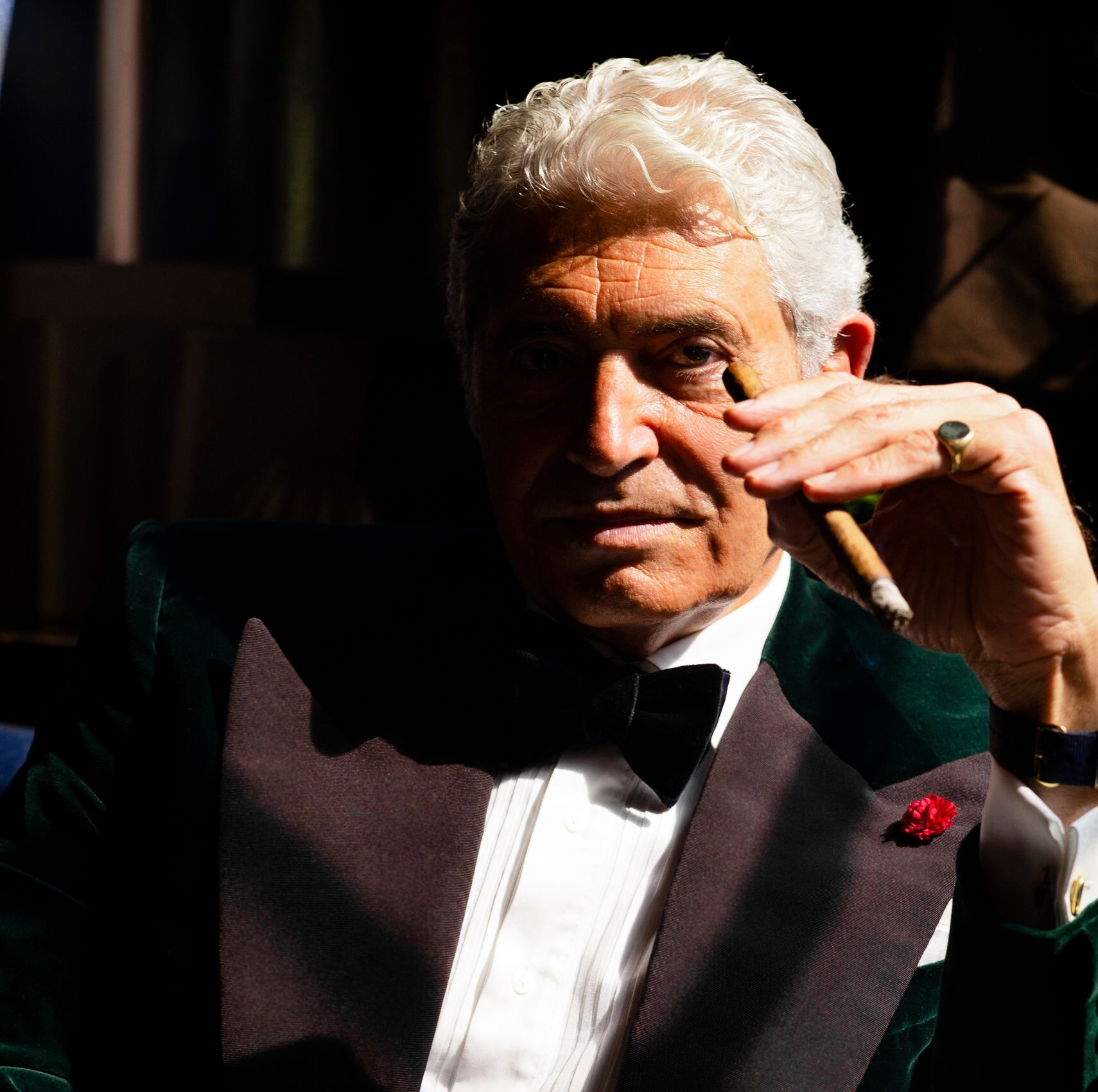 Unbeatable cigar experiences would follow him the rest of his life. When he did Victor/Victoria on stage with Julie Andrews, he became the last person to ever smoke a cigar on stage on Broadway. Also he got to meet the great Zino Davidoff. “One of my great experiences was being given a Don Perignon by Zino Davidoff. He was giving me a tour of his cave, it was lovely to meet the man, he was a wonderful host. He said ’I think you’d enjoy this.’ Later on I took myself to dinner and fired it up and I was in bliss, it was an amazing experience.

I wondered whether being an actor made it harder to smoke cigars, with the industry that pitches towards seeing indulgent activities like cigar smoking as unfashionable, but it seems there is hope He says: “There are a lot of cigar smokers in the acting community. Spielberg is a huge cigar smoker. He has his humidor on set with him wherever he is.”

With the final third of our cigar well underway, we begin the quickfire part of the interview that is well worth the read, even Old Blue Eyes makes a show. That being said, as we drew the interview to a close, it dawned on me that this interview was the kind of conversation cigar smokers all over the world love having. That fraternity, that bond and that passion which plays out when two old friends decide to meet at their favourite place for a smoke, set the world to rights and satisfy our not unreasonable tastes. 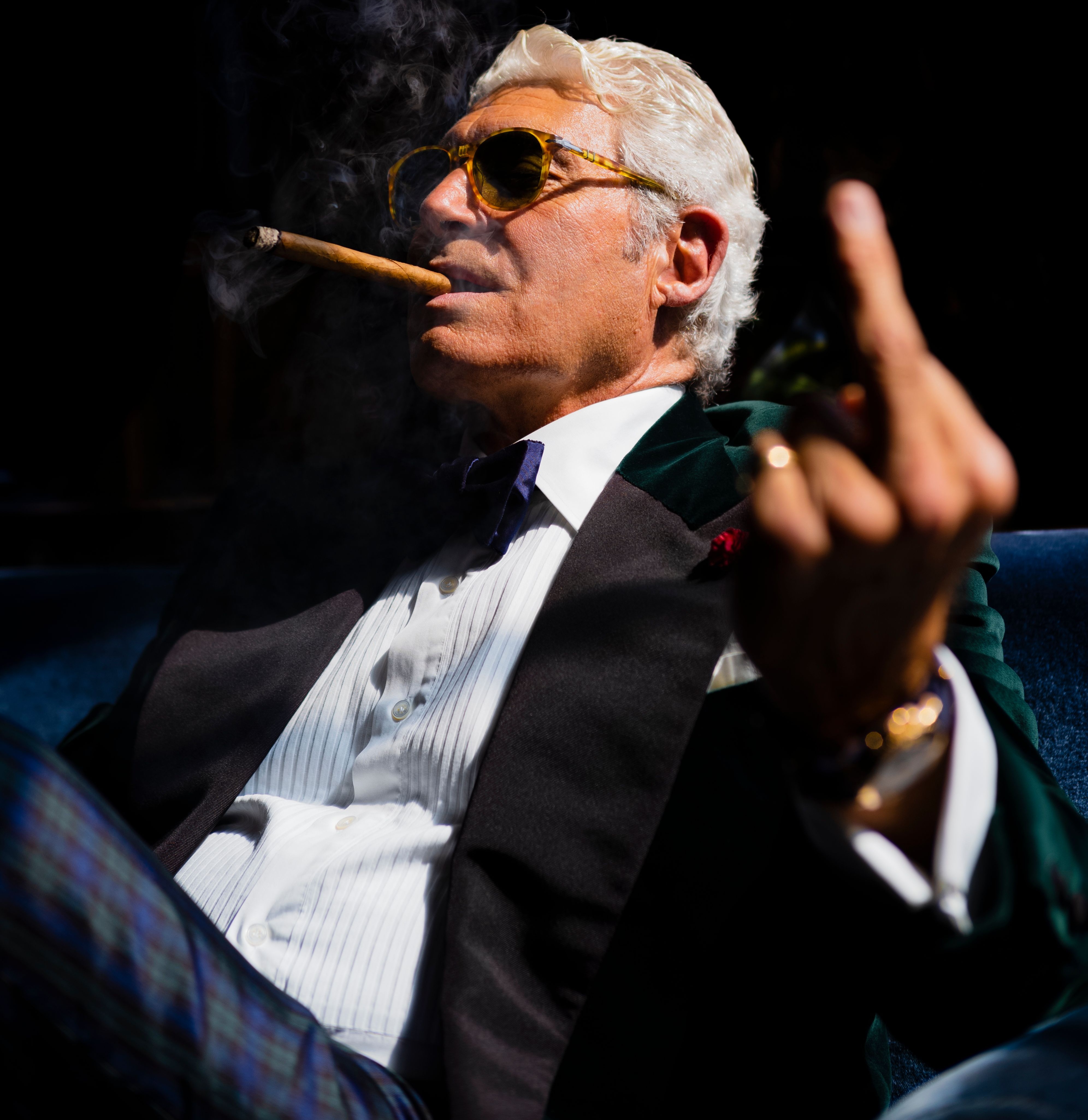 Here, on these leather seats at Davidoff of London. London is synonymous for cigar smoking and Francos is another great place as I love being able to go for a meal and also have a cigar and watch the world go by. The only other place I can think of like that is the Grand Havana Room in Beverly Hills.

What is your go-to method of cigar storage?

I have a humidor at home with a modest collection.

My Dad’s Cartier cigar cutter. I have a lighter that was given to me by Frank Sinatra, I was doing a movie with him called Contract on Cherry Street, we were filming in New York. We were detectives and I was his sidekick. He had his Camel cigarettes and his cosogliere with him who would come in and give him his cigarette and he’d reach into his pocket and pull out this Dunhill lighter, the old kind that you flip up. I admired it one day. When we wrapped he gave me the lighter, I still have it.

Are you someone who likes dry cigars or more humidified cigars?

When I discovered the Chateau series of Davidoff, I was all in. There was a variety of gauges. When the double coronas came out, that was all the rage but it is not a practical smoke