Cigar Keep counts London as home, and so we bring you our favourite spots to escape the metropolitan drudgery and contemplate important matters over a cigar. 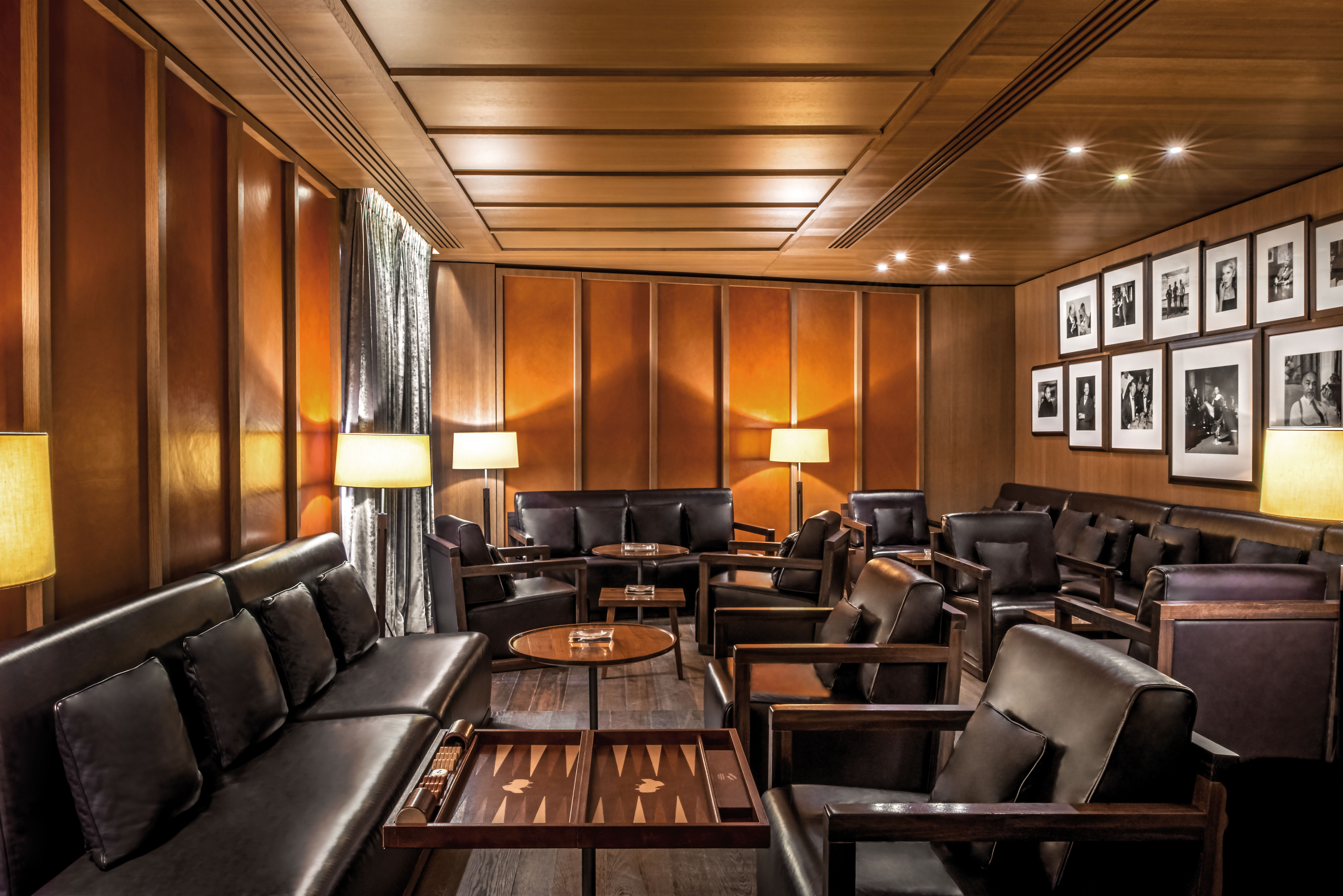 If anti-smoking legislation has done anything, it has reinforced the disparity between cigarettes and cigars. No one is opening cigarette lounges, instead there are, at best, the heated umbrellas outside pubs, and if you are lucky, some form of shelter from the elements. It has, however, opened up a world of opportunities for cigar retailers (cigar bars, cigar lounges, cigar clubs etc), who can create all manner of comfort within the confines of the law, known as COSAs (cosy outdoor smoking areas). The smoking of cigarettes in here is usually verboten, because it is a sampling space and the only way to truly sample a cigar is to smoke the whole thing. This is a list of the best spots in the big smoke. Bear in mind that they are nominated for comfort, cigar selection and space. I am aware some terrific restaurants in London have terraces but space is limited and can often be an unpleasant experience during inclement weather.

The Edward Sahakian Cigar Shop and Sampling Room: Completely indoors, this cigar shop / cigar bar is named after the great Edward Sahakian of Davidoff of London. It is snuck away in Knightsbridge’s Bulgari Hotel, and is perhaps the hotel’s best asset and demonstration of owner Hani Farsi’s intelligence. The shop has fantastic sommeliers and comfortable surroundings and ways to pass the day – from Geoffrey Parker backgammon boards to a fabulously curated selection of cigars that always smoke fantastically. The Montecristo Edmundo of 2014 was the last cigar I smoked there and it was a complete unexpected delight. Though fully indoors, it is very well ventilated, as all good cigar bars should be. 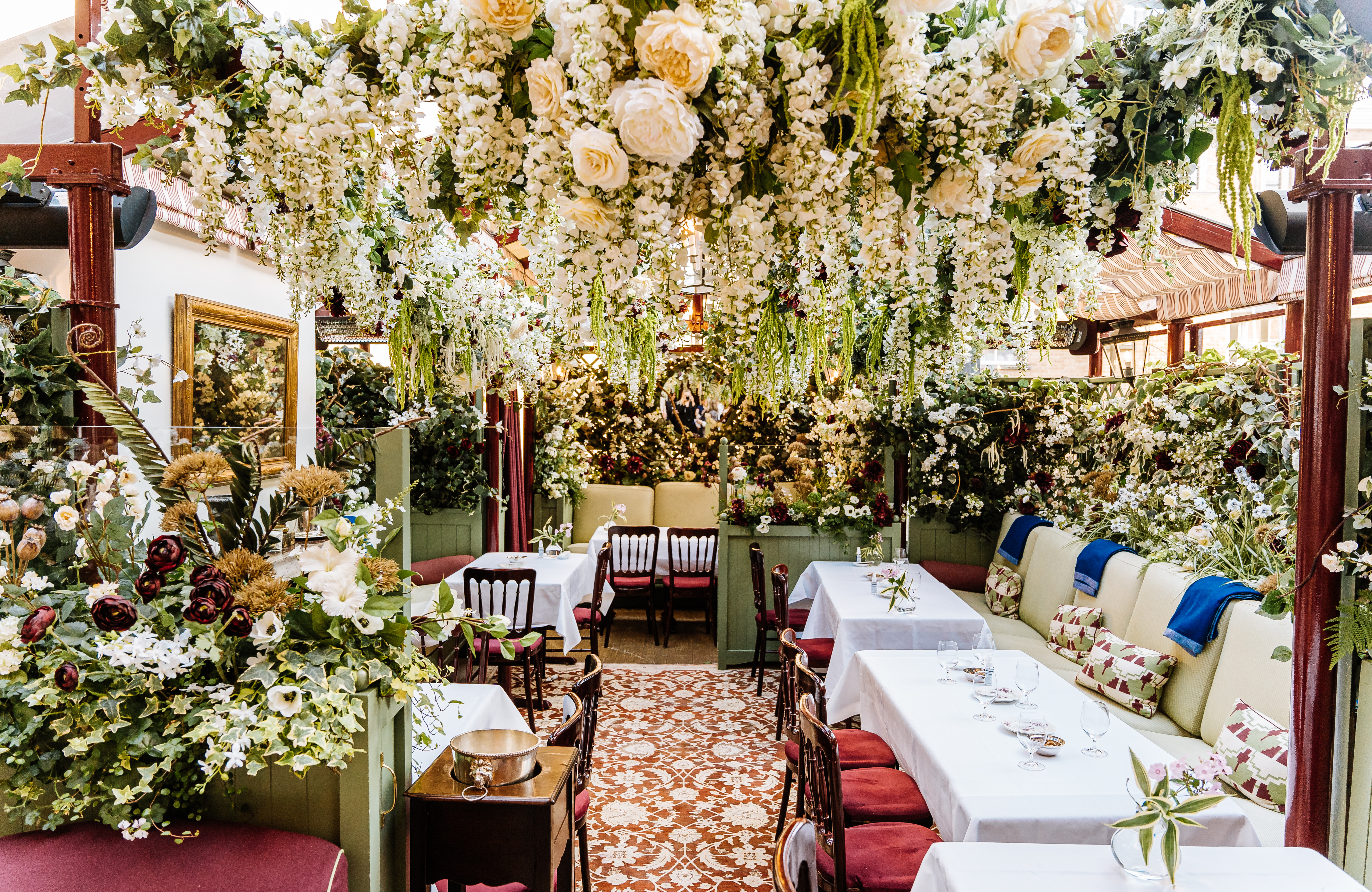 Mark’s Club: Yes you need to be a member to go, if you are not, you need to find someone who is and befriend them fast. This is the best of the private members clubs so I will only nominate one and leave it there. Mark’s Club is a bastion of (extinct elegance, it was created at a time where money and taste coincided – fireplaces, polite staff, cosy décor, but best of all is the smoking terrace. Darius Namdar, the club's former director also happens to be a Master of Havana and won the UK’s Habano sommelier competition and the grand prize in Cuba too. He left a culture of cigars behind so you can therefore be sure of a humidor that is discerningly selected, including some excellent regional and limited edition cigars. Without doubt one of the leading cigar clubs in London. Corinthia London's cigar terrace: As with the Bulgari, there is plenty of evidence that hotels (at least the smart ones) are taking the needs of cigar smokers into account and investing in it. The Corinthia hotel is no different. The Thomas Kochs-run establishment did dedicate this terrace to cigars until Covid hit and outdoor dining became de rigeur. When you can smoke, you aren’t shipped off to some damp corner of the hotel where there is some sort of air vent, like in other nearby establishments, it is as much of the hotel as anywhere else. Some may prefer cigar lounges, but on a beautiful day there is nothing better a cigar terrace.

The Wellesley: If, and it is a big if, you can disregard the Hyde Park Corner traffic, The Wellesley is pretty amazing. The cigar collection in the walk-in humidor is extraordinary, with plenty of good foreign regional editions and rare cigars. The cover charge is high but certainly not too high to keep it off this list.

1A St James: Just across from St James’s Palace, the corner address for Dunhill tobacco opened a few years ago and features an excellent exhibit on the process of making tobacco and offers a great selection of New World cigars as well as Cuban. Lockers are available for collectors, but all welcome in their indoor smoking room. Cuban cigars make up a huge percentage of the cigars smoked in the UK each year but that doesn’t mean that cigars from outside Cuba need be eschewed. If you are going to find cigars that are just as interesting and delicious, it is here.

Special mention: The Ivy Chelsea Garden and the Boisdale. These are outliers as technically they aren't terraces or lounges, but rather restaurants. However the garden at The Ivy on the King’s Road is enormous and there are areas for large parties or intimate numbers too. Boisdale is an institution for cigar smokers in London, and is a right of passage to visit for anyone interested in being part of the community.