Bleu-Sky Thinking: An interview with the C.E.O. of Elie Bleu, Laurent Fuchs 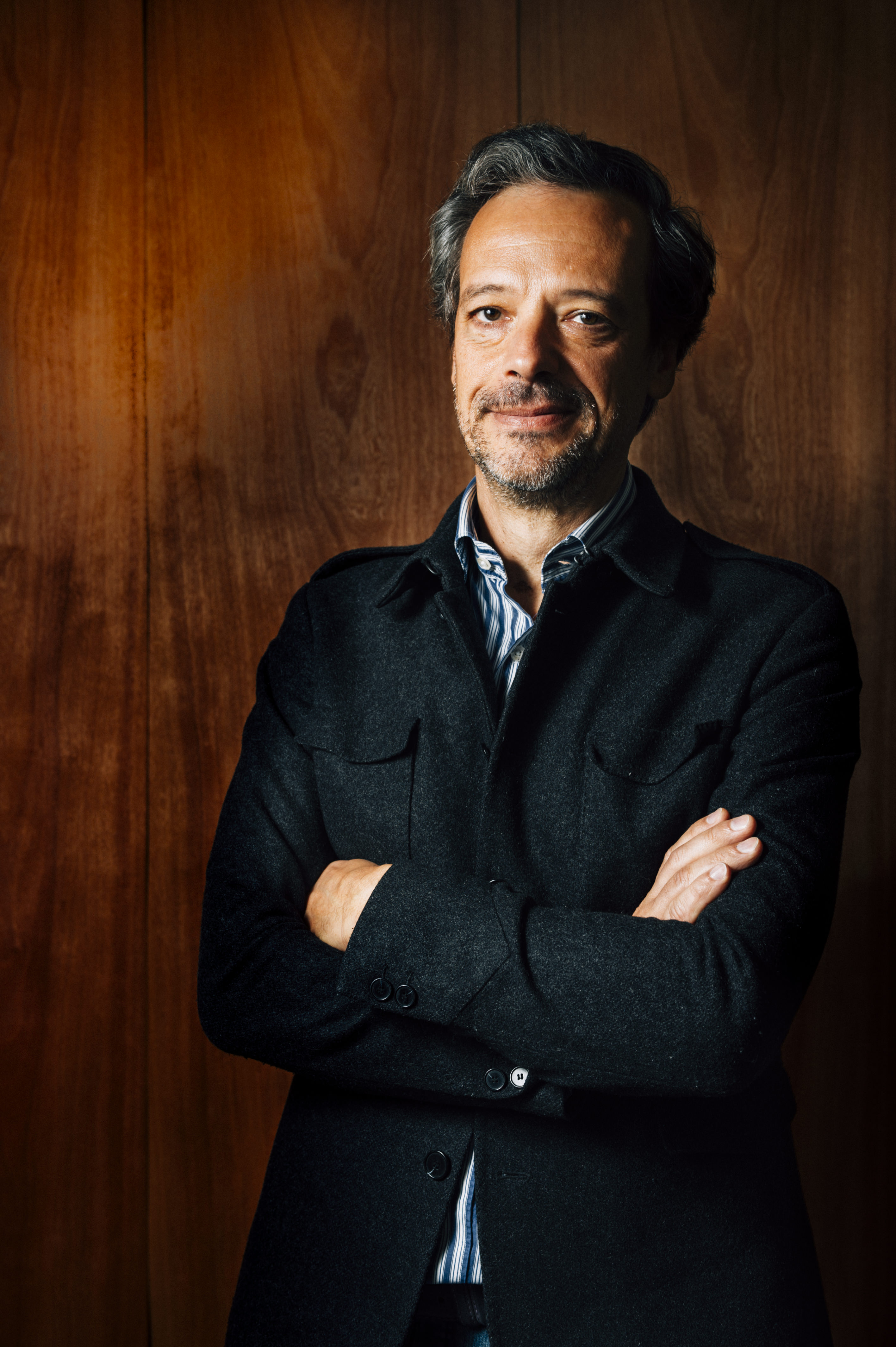 Laurent Fuchs is the Chief Executive of Elie Bleu. Since 1999, his aim has been to elevate the brand to a global stage, we find out how he is getting on.

I feel like Elie Bleu is partly responsible for my role at The Rake magazine. There was a real sense of anxiety heading into my interview with the inimitable Wei Koh. He had launched a magazine that sung sweet tunes to every warm-blooded, traditional-leaning male under the sun. It began a movement which other men’s magazines had abandoned and cornered a market where artisans, craftsmanship and heritage lay.

The conversation played out rather well and my knowledge of British tailoring and heritage brands was doing me favours, and then I was asked if there were any French brands who I felt were at the top of the artisanal tree. This was a trick question, as answering with a French fashion maison would have followed with his hand gesturing to the door and a blackballing of my name. I knew he was a Cifonelli devotee but I thought that may seem unoriginal or sycophantic. Then it dawned on me, there is an answer that has the benefits of both being correct vis-à-vis the question, and also a personally held belief, rather than a scramble for an answer he may want to hear.

The brand is Elie Bleu, and when I uttered these two simple words (in an underwhelming GCSE-French accent) Wei let out a smile and a nod, he stuck out his hand, and in the manner idiosyncratic to him, he said “I bow to you, sir.” The rest is histoire. 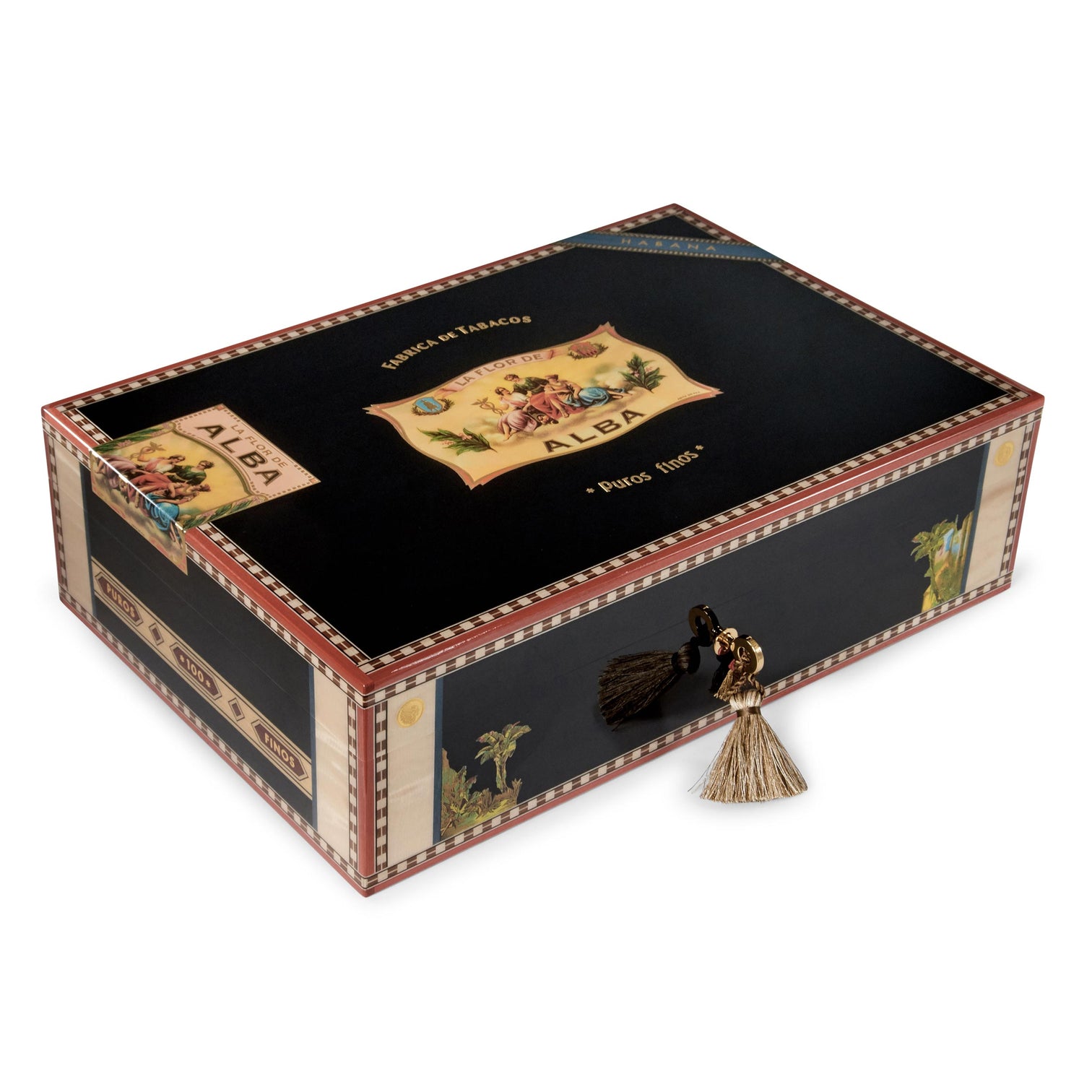 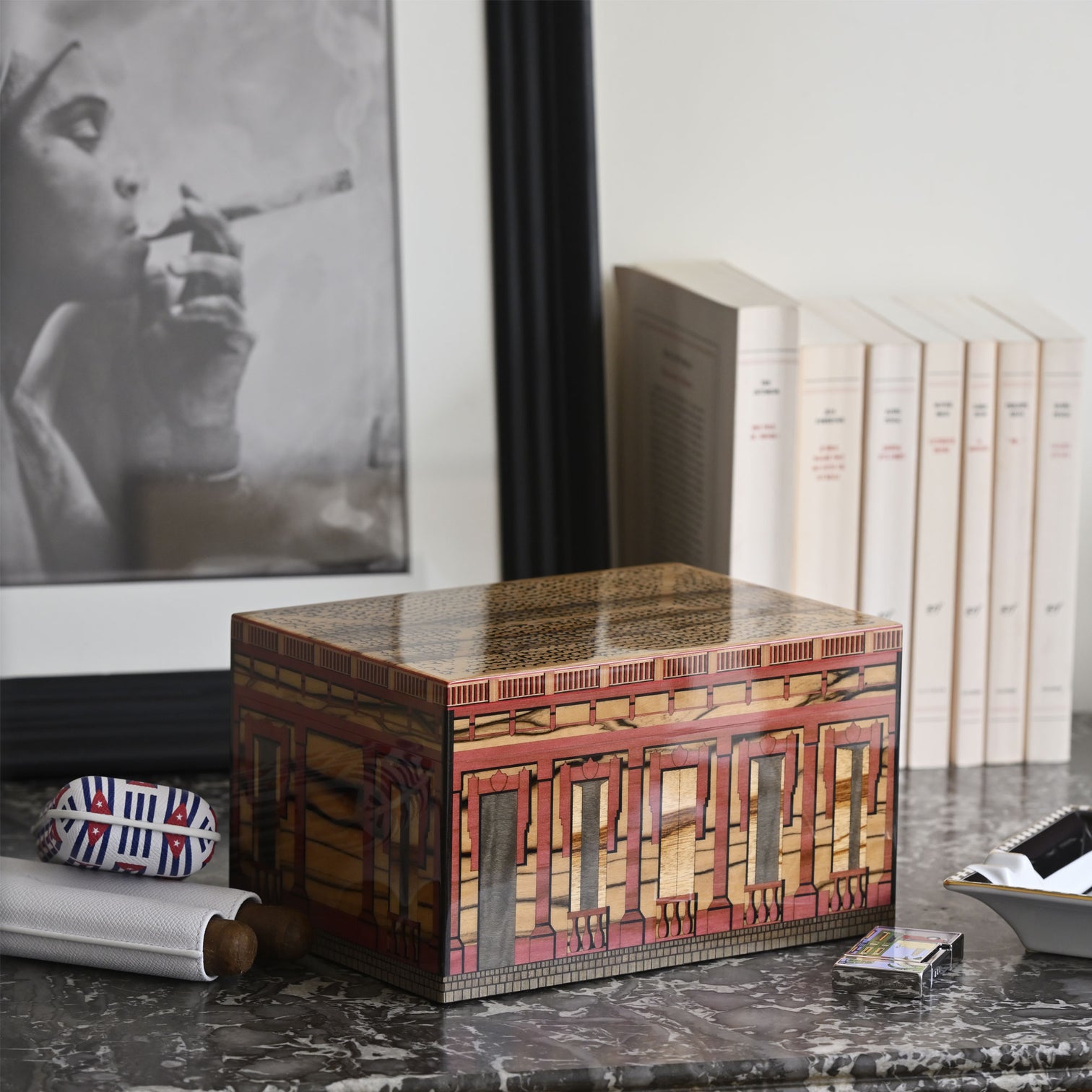 I love Elie Bleu, they are a brand dedicated to beauty. If luxury is the bridge between practicality and art, then Elie Bleu is an exemplar. They create interior-design objets of extraordinary beauty, from backgammon boards to watch winders, but their humidors are what make them a household name.

They began with desk accessories, often white-labelled for the highest luxury brands, till Dunhill pushed the brand to start making products for cigars. I don’t think it is even possible to be fully entranced by cigar smoking till you see your first Flor de Alba humidor – the vivid colours, the lacquered female triumvirate which could either be a scene taken from a cigar label or the a Michalangelo fresco.

Behind the brand is Laurent Fuchs, the C.E.O. since 1999, who took over with a vision to take the brand to the whole world during his tenure. “The brand was known in the United States,” Laurent tells Cigar Keep, “In fact the brand was better known in the United States than it was in France. This was because Marvin Shanken told his Cigar Aficionado readers that Elie Bleu was the best place to be storing your cigars.”

In a world of Boveda packs and zip-lock bags, what is the purpose of a humidor made to this level of craftsmanship? “Smoking cigars is about pleasure. It is possible to drink champagne in a plastic cup, it is feasible that you can do this without changing the taste. Of course, when you’re having a special moment, you need to be surrounded by all the elements that make it special. Smoking a cigar is a question of time, so the humidor is part of the ritual. If you store your cigars somewhere you like, just the choosing of the cigar starts the pleasure cycle.”

These are not items made by robotic arms or massed produced in nations with cheap labour. These are hand-made and employ several varieties of expertise, from lacquering to marquetry. Of course, there is a technical element to all the humidors, in that it has to maintain your cigars perfectly. “For me, it is important that there is an exchange of humidity between the container and the cigar, which you cannot have in a plastic container, especially if any condensation arises. Wood absorbs moisture and so you will not have any issues like that. There are even some brands that are lacquering the inside of the humidor, which kills the wood and renders it useless. Wood needs to be allowed to breathe. It also has to seal perfectly well.” A humidor from start to finish takes around eight weeks to make.

Being the C.E.O. of Elie Bleu has its advantages of being in the know too, as he must have regular contact with Habanos to know what is coming up so the brand can prepare. Also,they are called upon for closer collaborations, “We did the 40th and 50th anniversary humidors for Cohiba, and a special humidor for the 20th anniversary of the Festival del Habanos. We are doing something at the moment but cannot say for now as it is them that are supposed to announce it.” Worth pointing out that Elie Bleu is also working with brands like Arturo Fuente, it is not exclusive to Cuban cigar collaborations (or storage). 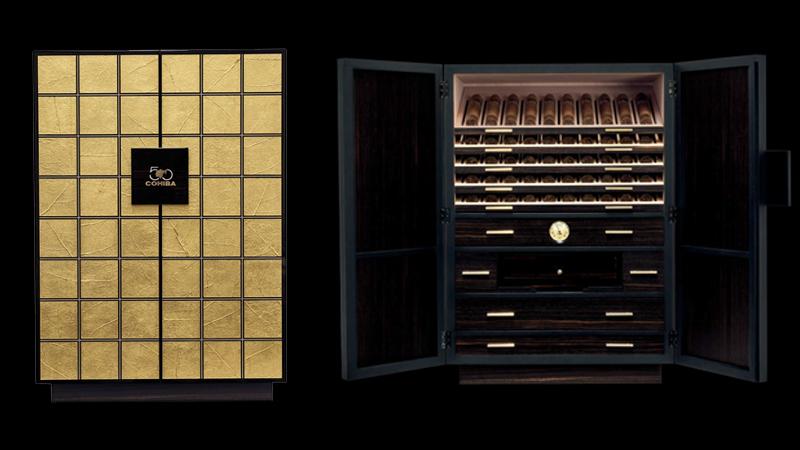 Want one yet? Well, there is an issue here, and it is that Laurent and his team have become victims of their own success. The world over are after Elie Bleu humidors and just like with cigars themselves, this includes the Chinese market. Elie Bleu is not a brand of compromise, and therefore they are not going to make shortcuts that will ultimately change the product, and that means waiting lists are continuing to grow. “Now it is complicated for us to manufacture what they are asking for, let alone everyone else.” He says, and the issue is not at all with hiring craftsmen to make the products, “there is a real movement in the mentality of people, a lot of people who used to work on computers are now wanting to work with their hands, and are coming to us to produce something beautiful.” Unfortunately the issues are part of the post-Covid issues that lots of industries are facing. “A major hurdle is the fact that we are struggling to find the raw materials to make the humidor. It is not a people problem, it is a material one.”

Despite this, Fuchs sets a positive tone, this may be because his mission back in 1999 to elevate the brand to a global stage, is accomplished. The brand remains as much a part of the aspirational-cigar-smoking-apparatus wish list as a Dupont lighter, a New & Lingwood smoking robe or Nick Foulkes’ lapel chain cutter. If the material issues are temporary which we assume they are, certainly in comparison to shortages of tobacco in Cuba, then the future looks bright for Elie Bleu. 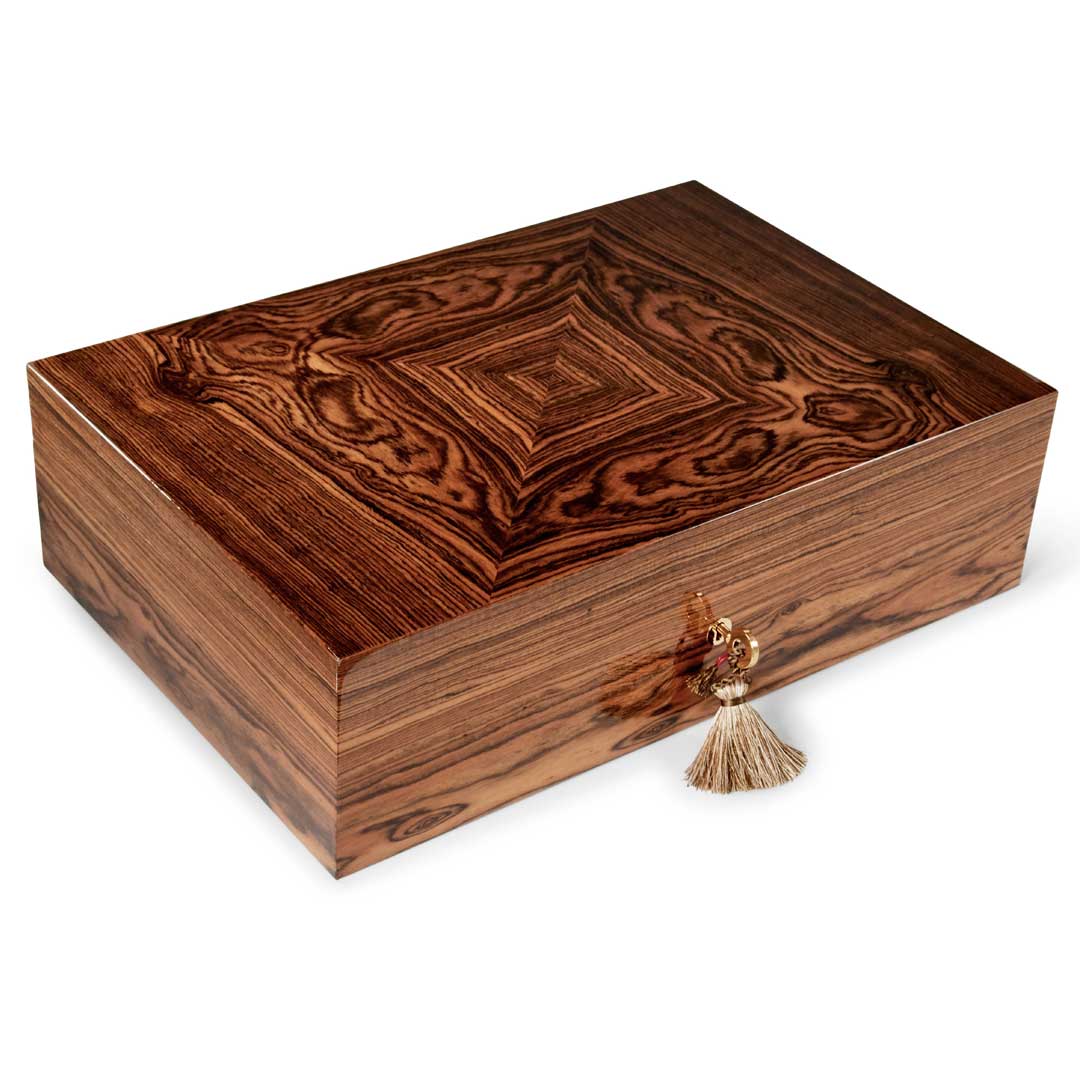 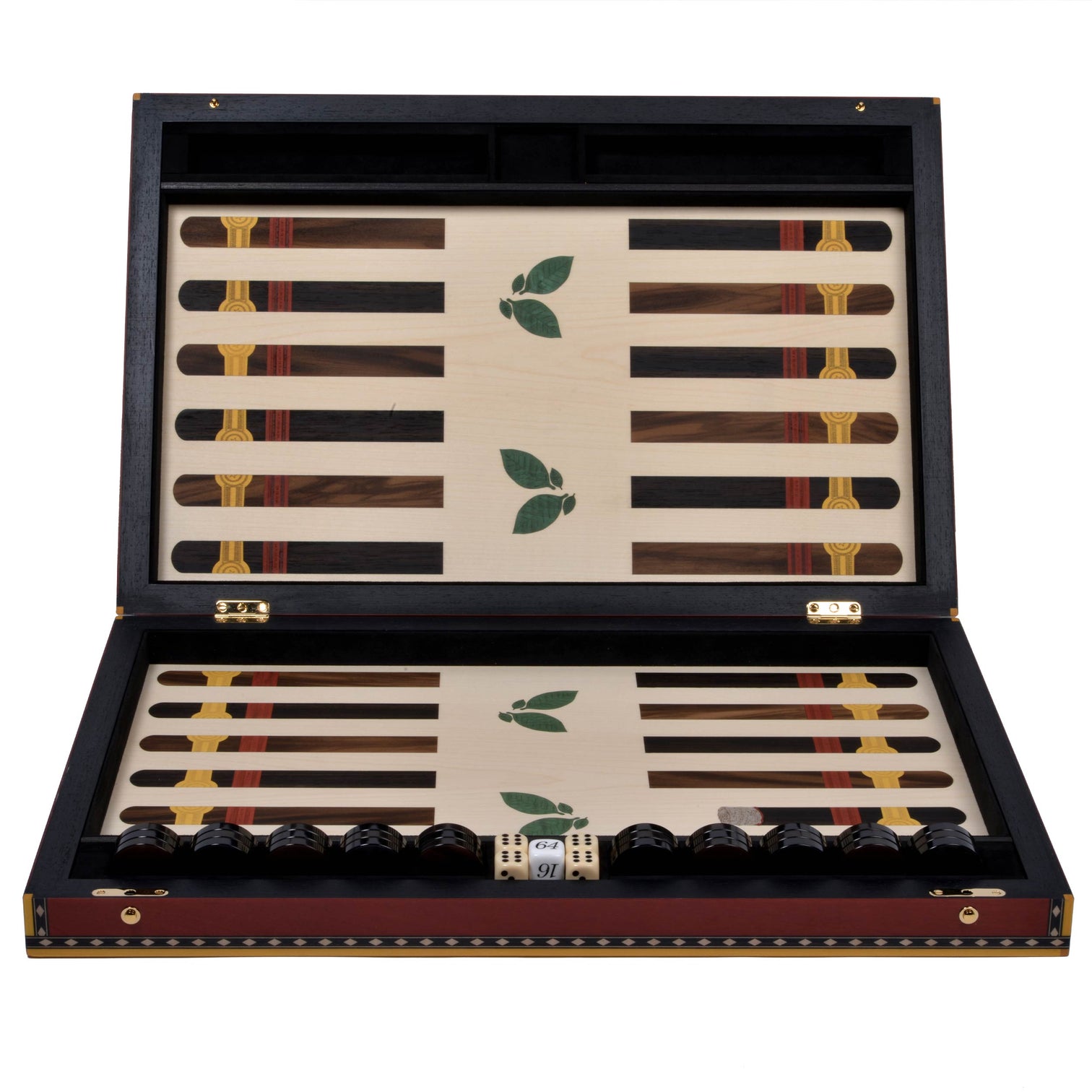 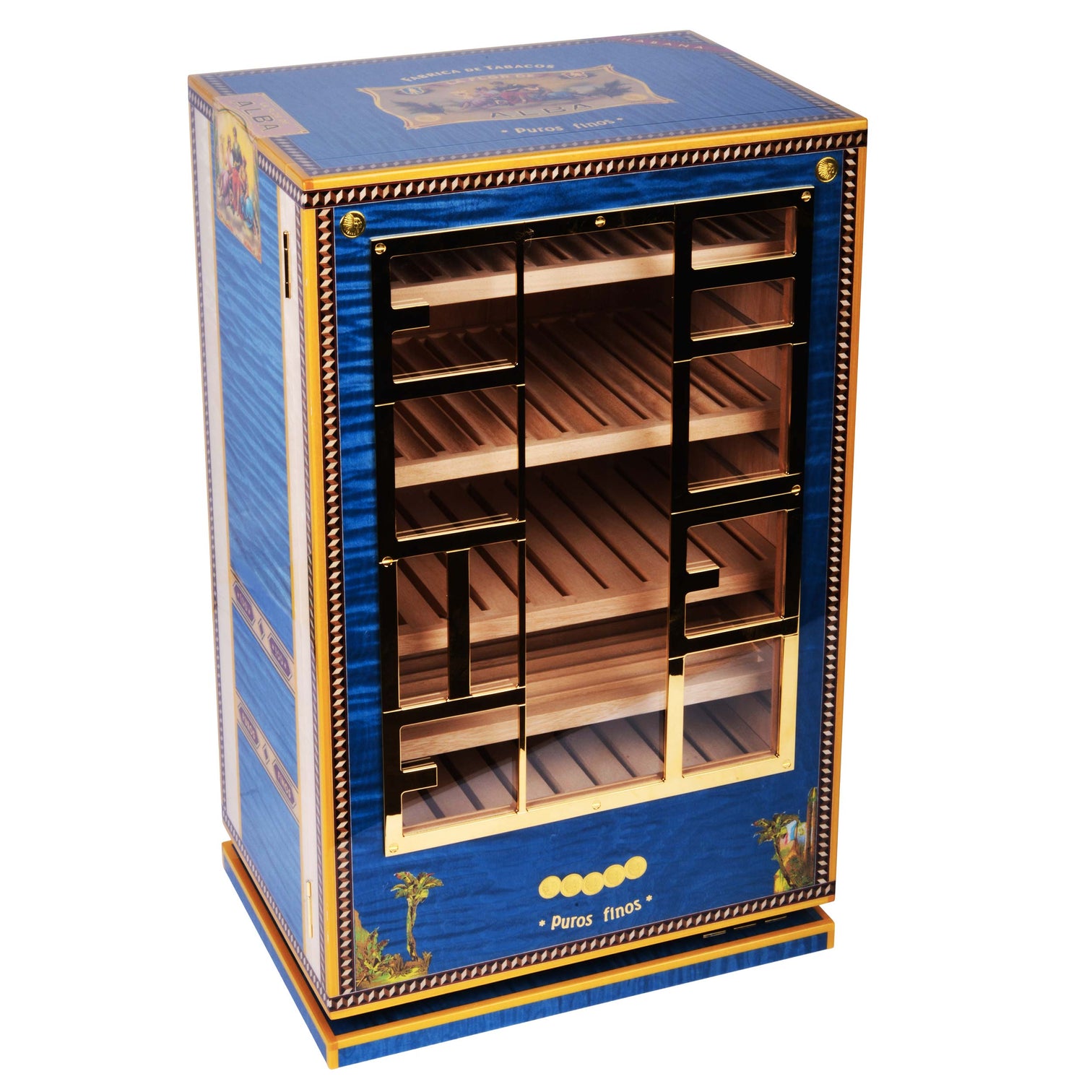