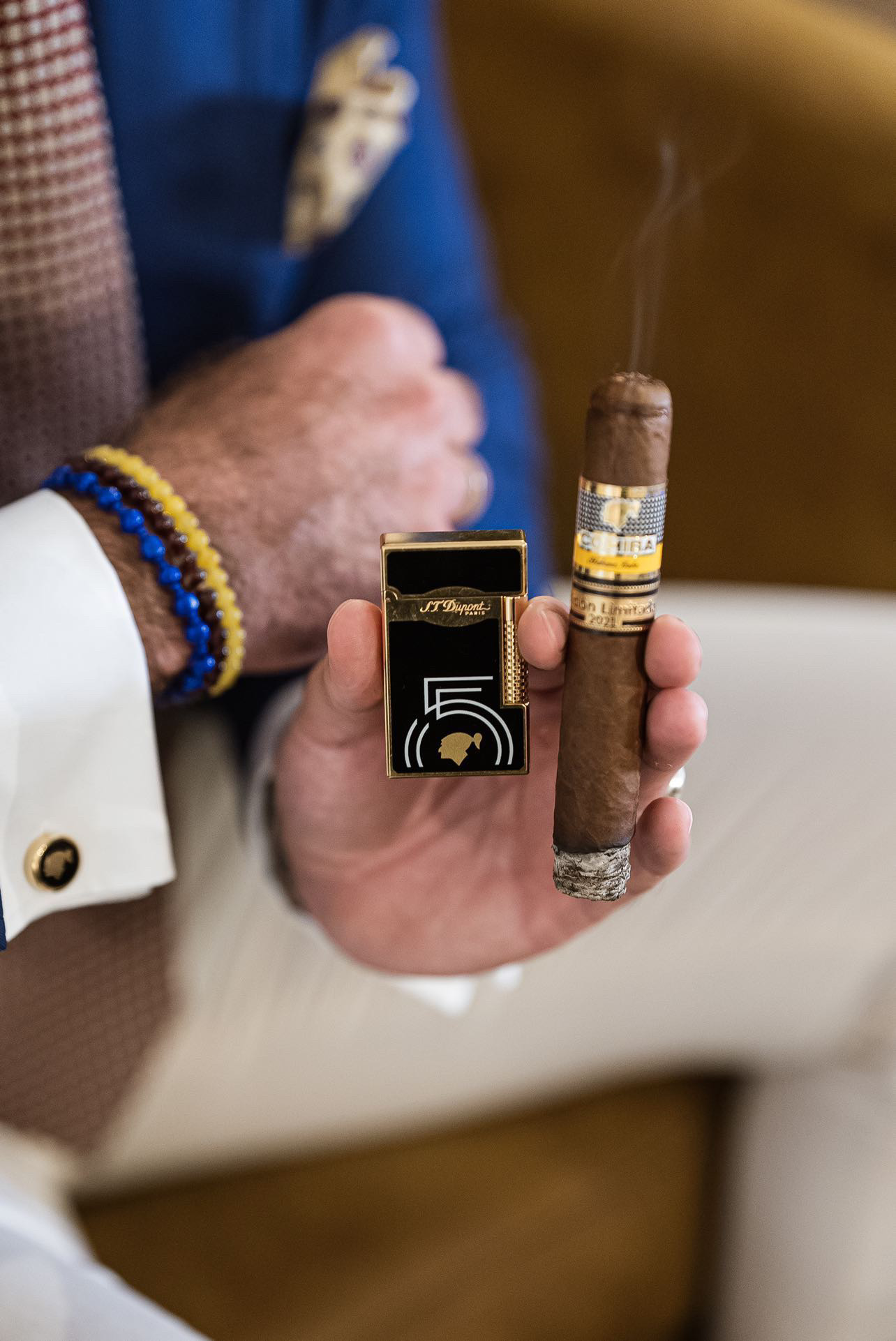 Our Man in Belgrade, Alex Cigar Dandy, tries the new Cohiba 55th Anniversary Cigar and reports back on his findings

In 2016, the cigar world converged on Cuba to celebrate the 50th anniversary of Cohiba. A milestone that, through the prism of a cigar culture that still feels extremely young, doesn't quite compute. Bear in mind that the idea of limited-edition releases is only 22-years-old. Unsurprisingly, a cigar was released to celebrate the occasion, the Majestuosos. This was a cigar that lived up to its name, just shy of six inches and 58 ring gauge, it is extraordinarily hard to find as a result. The good news is that unlike us fools in the United Kingdom who waited 10 years between Golden and Diamond Jubilees, Cohiba are (yes a year late but there was something going on in the world) having another celebration for their 55th anniversary and with it comes another cigar. Fortunately for Cigar Keep, we have a network of the highly respected and connected, and our man in Belgrade, the wonderful Alex Cigar Dandy has been in the middle of the bed so-to-speak, being a key speaker at the World Launch in Kuwait. He was therefore one of the first to try the cigar.

The first thing we are keen to know is, will the hype be worth it, and how does it compare to the 50th anniversary? He says. “Besides the fact that vitola is almost similar, and the only difference is the ring gauge of 57 instead of Majestuosos that has ring gauge of 58, anything else cannot be compared, yet. It’s still a young cigar but with tremendous potential. The last Majestuosos I enjoyed was phenomenal and I have to admit that this particular Cohiba is in my top three cigars I ever enjoyed, so my bar is set high. Time will show how this unique cigar will develop, and show her full potential in year or two. 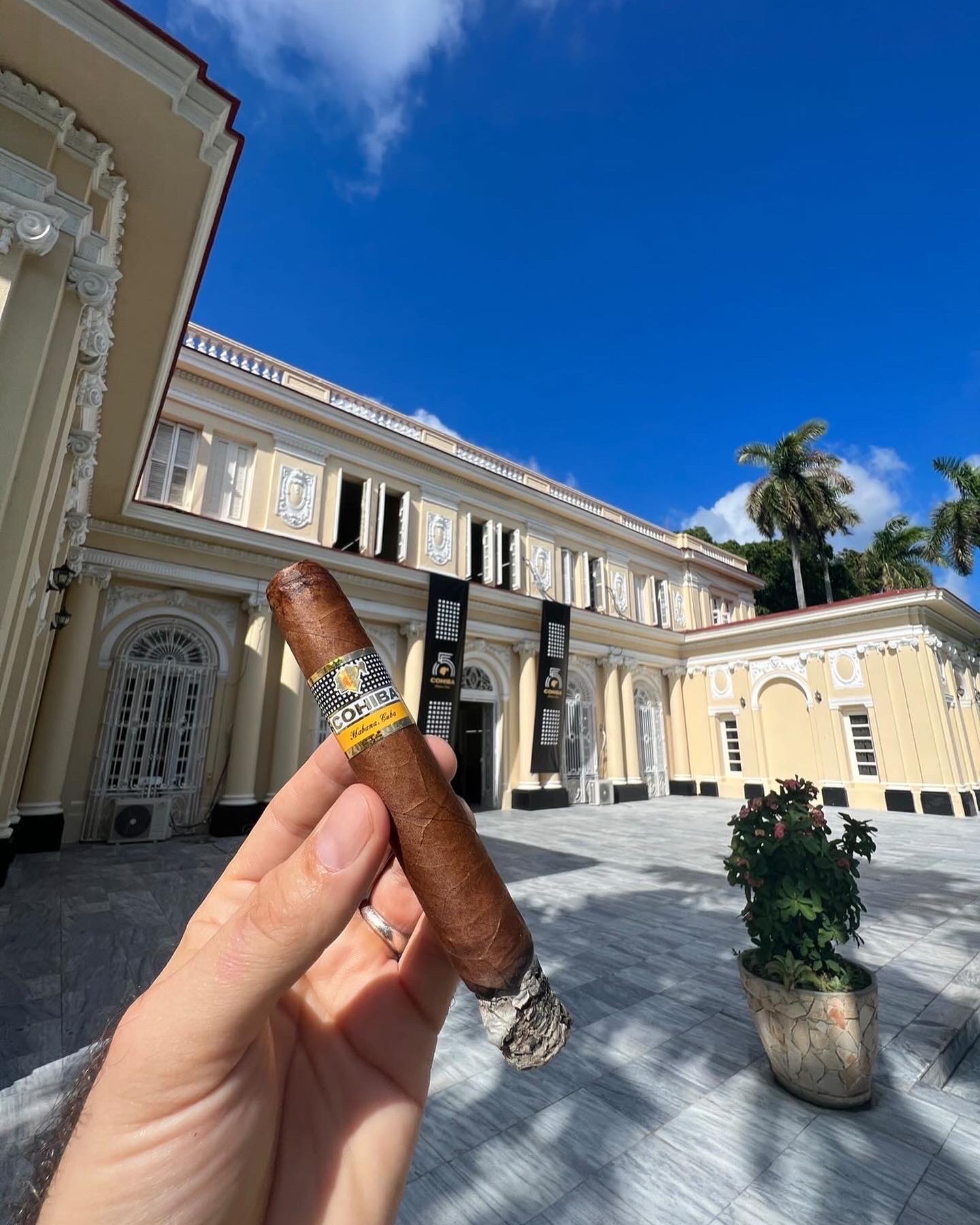 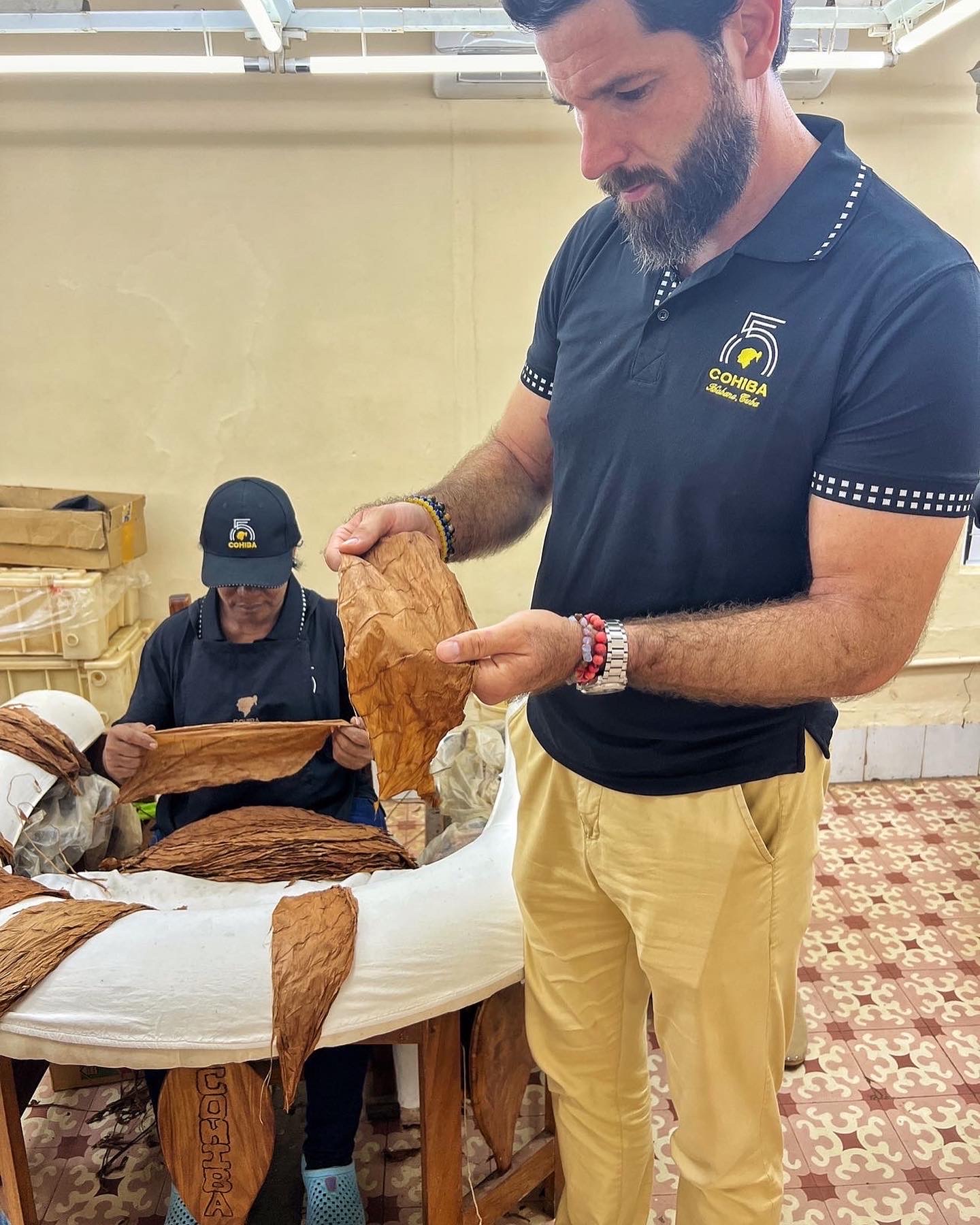 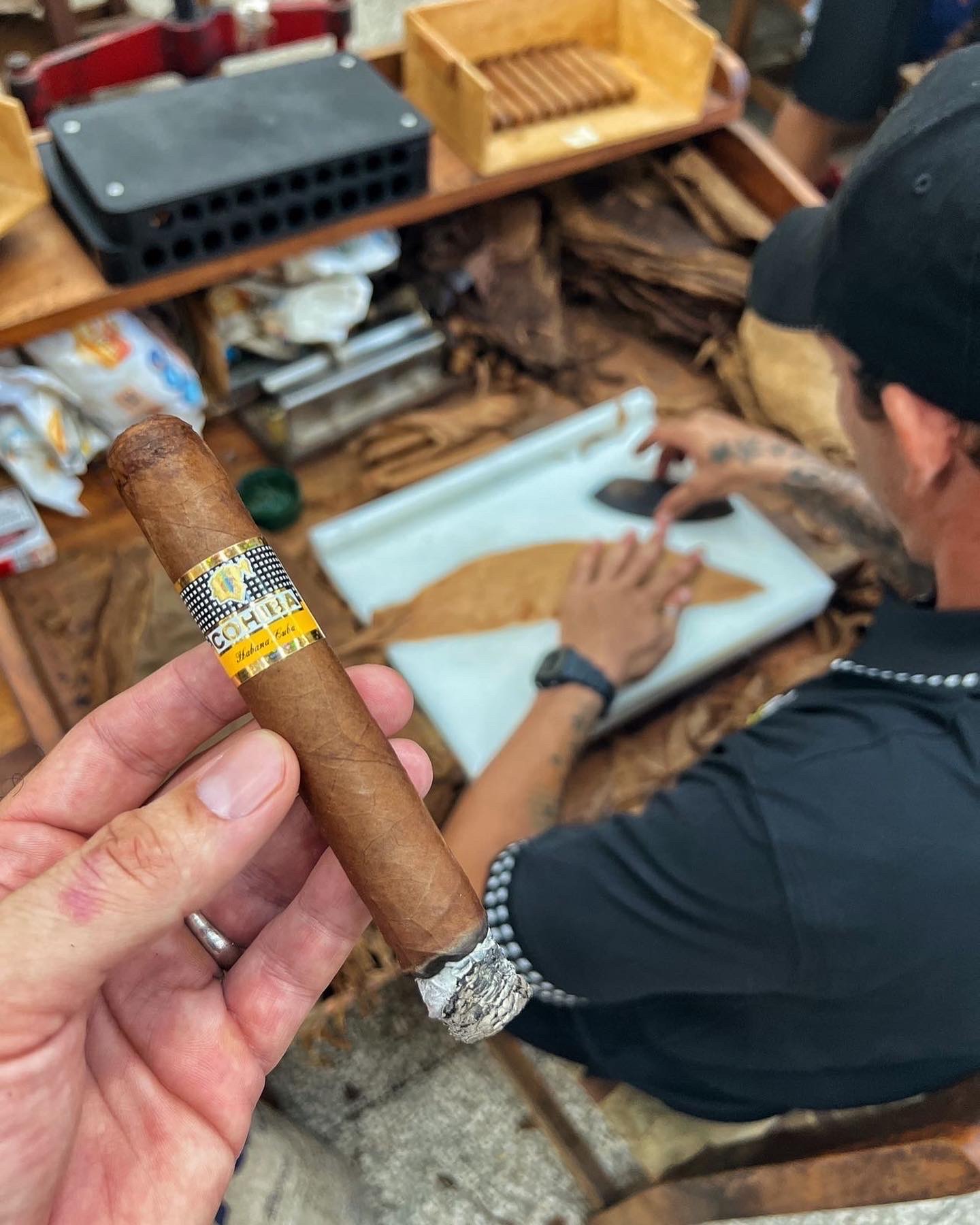 Being chosen to do something like this is not like a round robin where everyone gets a turn, you need to earn your position and he approached that acknowledgement with typical humility, saying, “I was honored to be one of the first people to have had a chance to enjoy this masterpiece at the World Launching in Kuwait. When I got back home, I’ve smoked another one, alone without any interruptions, so right away I decided to do the first review of Cohiba 55th Anniversary in the world and express my experience. I usually avoid to review young cigars but this one was somehow ready with all her depth.”

Cohiba can muster this kind of attention because it is synonymous with Rolex, Hermès and the largest luxury brands in the world. The brand logo and label are recognisable from 100 yards. It is one of the biggest brands in the world and it is worth just litmus testing that against the cigar which has just been released to make sure it is worthy of such an occasion. “When Cohiba releases cigars with a massive ring gauge of 57 and puts on the third band, the whole cigar world shakes. And for me that simply shows the strength of this brand.” Seems to pass with flying colours and we cannot wait to try it ourselves. 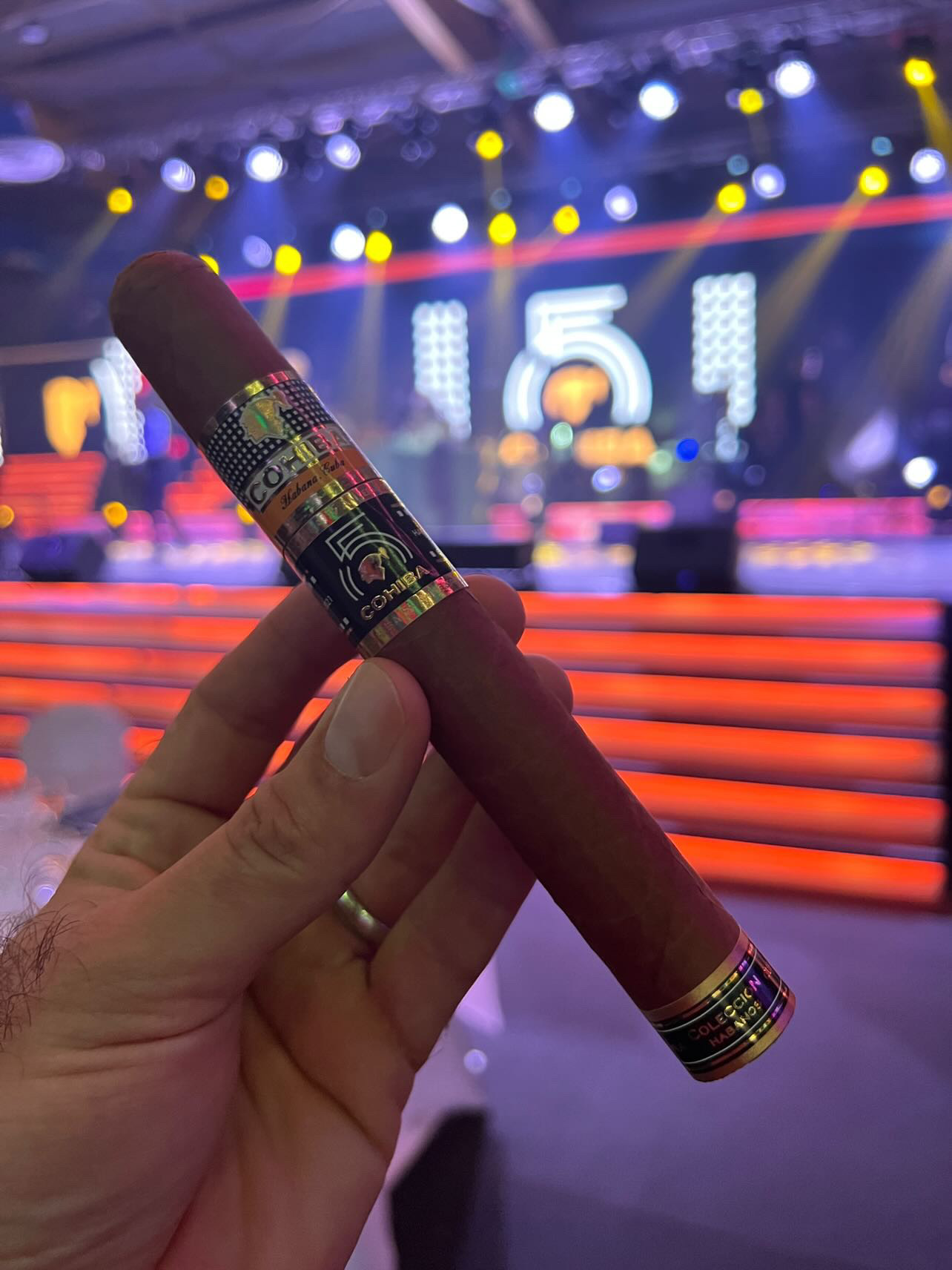 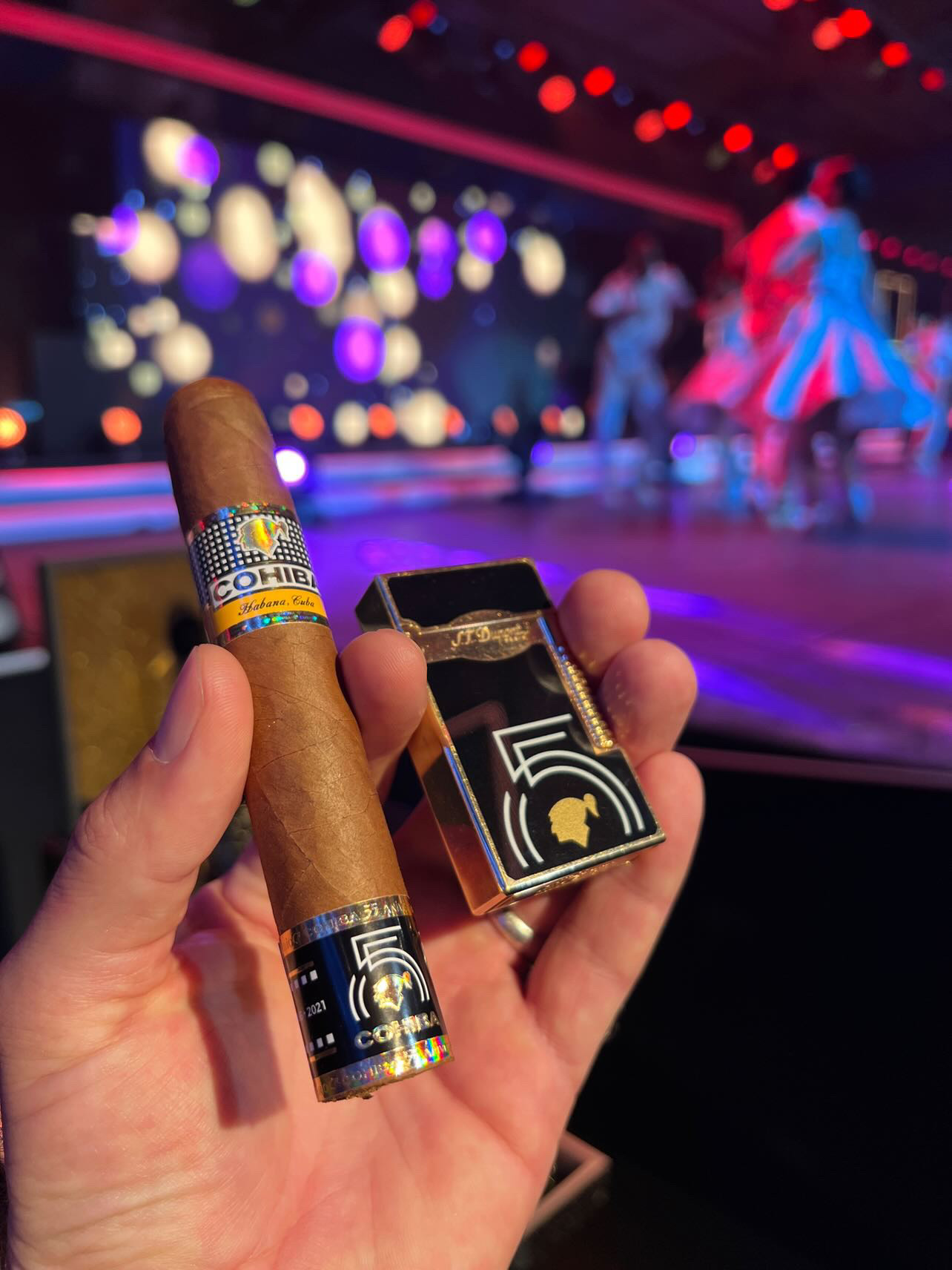 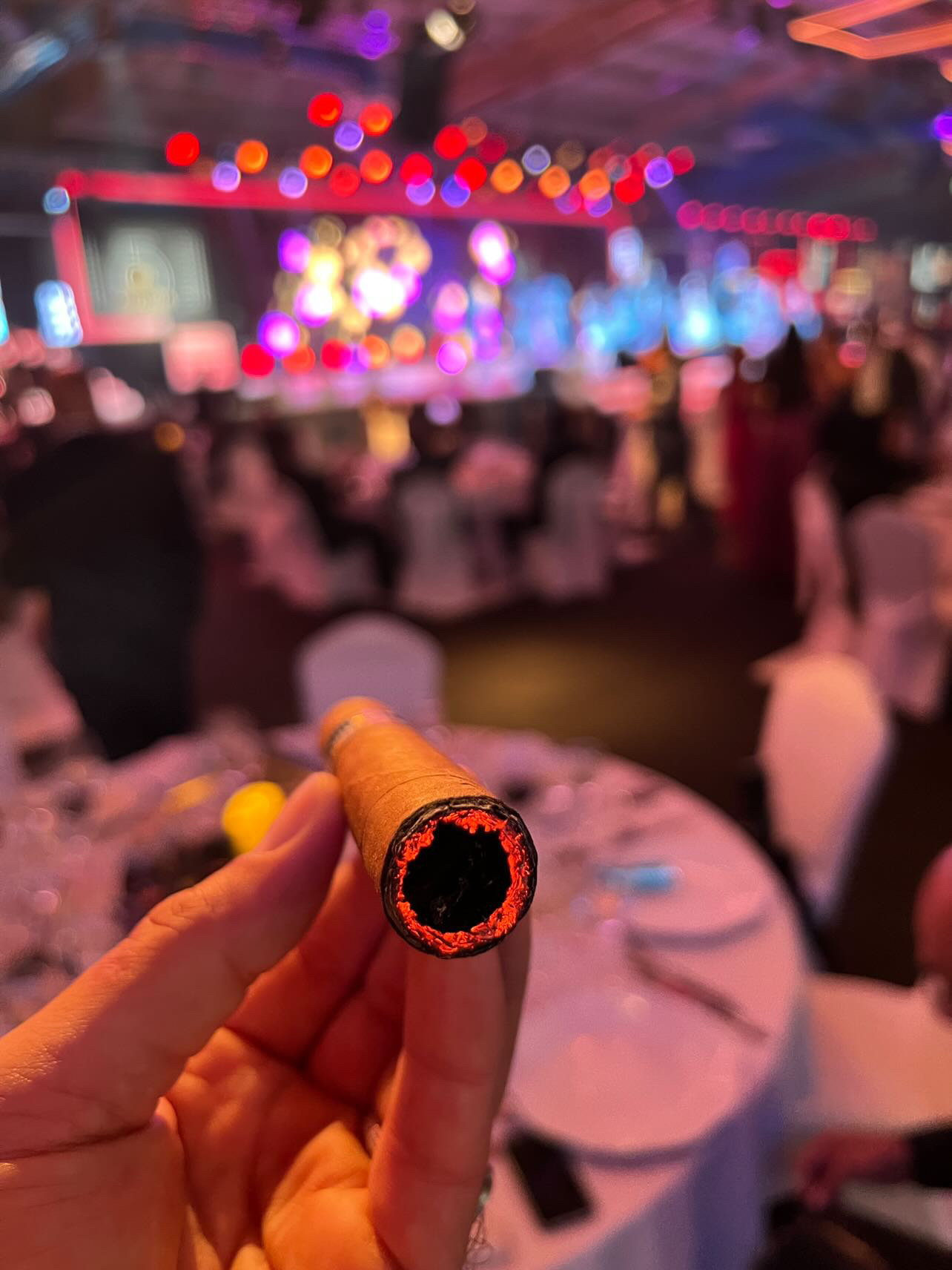