Cigar Tales of the Unexpected 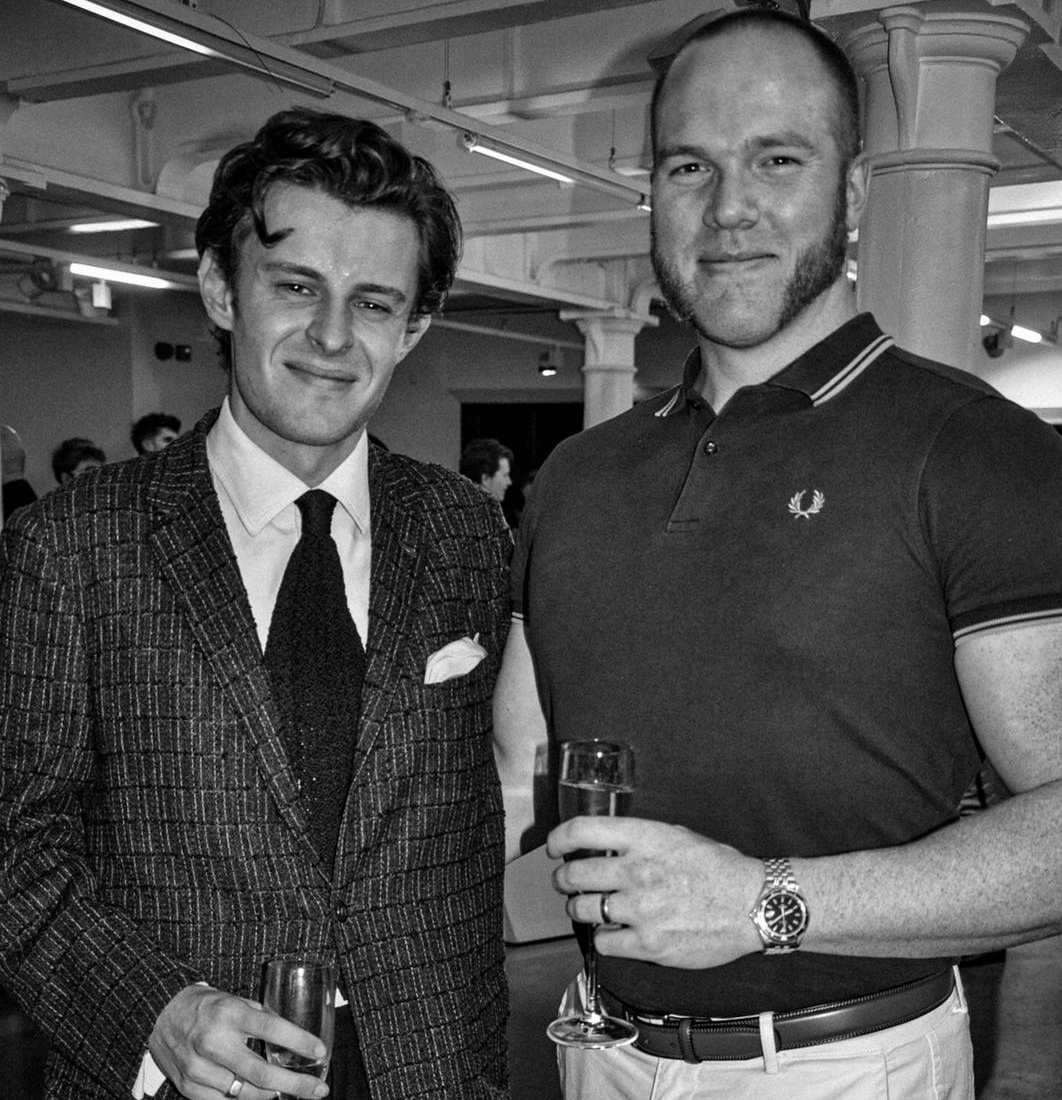 Cigar Keep promotes camaraderie and enjoys its members sharing their wealth of knowledge with the rest of the community, to support this Mr. Dean has been sent forth to find those active members and bring their tales into the light for the betterment/enjoyment of others. This time Cigar Keep member Mr. Klein (Benjamin Klein) was visited for his ‘Cigar Tales of the Unexpected!’

I return from another ‘surprise trip’ at the behest of the Cigar Keep wardens and the enigmatic Proprietor. This time I was diligently extracted from the Bell and Ross x Cigar Keep party, where no sooner had the Montecristo número dos touched my lips, I felt the familiar and firm hand of Ron (with the Magnum .357) on my collar escort me out and neatly package me into the trunk of a blue, white and red 1957 Chevrolet Bel Air and then taken to an undisclosed location.

Once arrived, I was lovingly deposited onto a remarkably clean pavement, to which I immediately guessed that I was in Germany, for only the Germans know how to perfectly grout a walkway and ensure the immaculately level paving slabs are kept free of chewing gum and detritus.

So while I marvelled at the street and took in the rather concrete but Franconian architecture around me I discovered I was in Fürth just outside of Nuremberg, for the Fürth town hall was before me. Ron then produced a Polaroid picture of who I initially thought was Max Foulkes esquire, but on closer inspection was someone else; on the reverse of the Polaroid was a note, ‘Encontrarlo’ with a gold wax seal of Cigar Keep. Without further ado Ron decided to leave without saying goodbye. Which was rather rude. 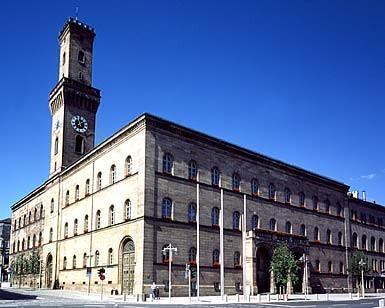 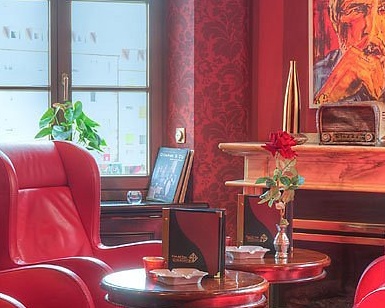 Being placed in the trunk of a classic car for just shy of twelve hours is one thing, a lack of manners is entirely something else.

But when I asked him to look again he clapped a hand to his head exclaiming, ‘Herr Benjamin Klein! Ja, ja, Sie finden ihn in Casa Del Puro oder Palermo, Sizilien.’

Well, I certainly wasn’t going all the way to Palermo, Sicily that was for sure, so LCDH Casa Del Puro, Nürnberg was my best bet.

When questioned how he knew of Mr. Klein, the Lord Mayor’s advisor responded that he knew of all the Cigar Keep members in Fürth, especially Mr. Klein who during the 7th Grade went on a school trip to a local empty football stadium, and while everyone else was busy admiring the fantastically kept grass, Mr. Klein had gone on a self-guided tour of the VIP Lounge with a friend and discovered a mislaid humidor, its dark burl wood glittering in a singular beam of sunlight like a mythical trove and on looking to return said humidor to its rightful owner, a stick inexplicably leapt from the box and into Mr. Klein’s hand already lit, for which Mr. Klein is now the centre of a local Franconian folktale. 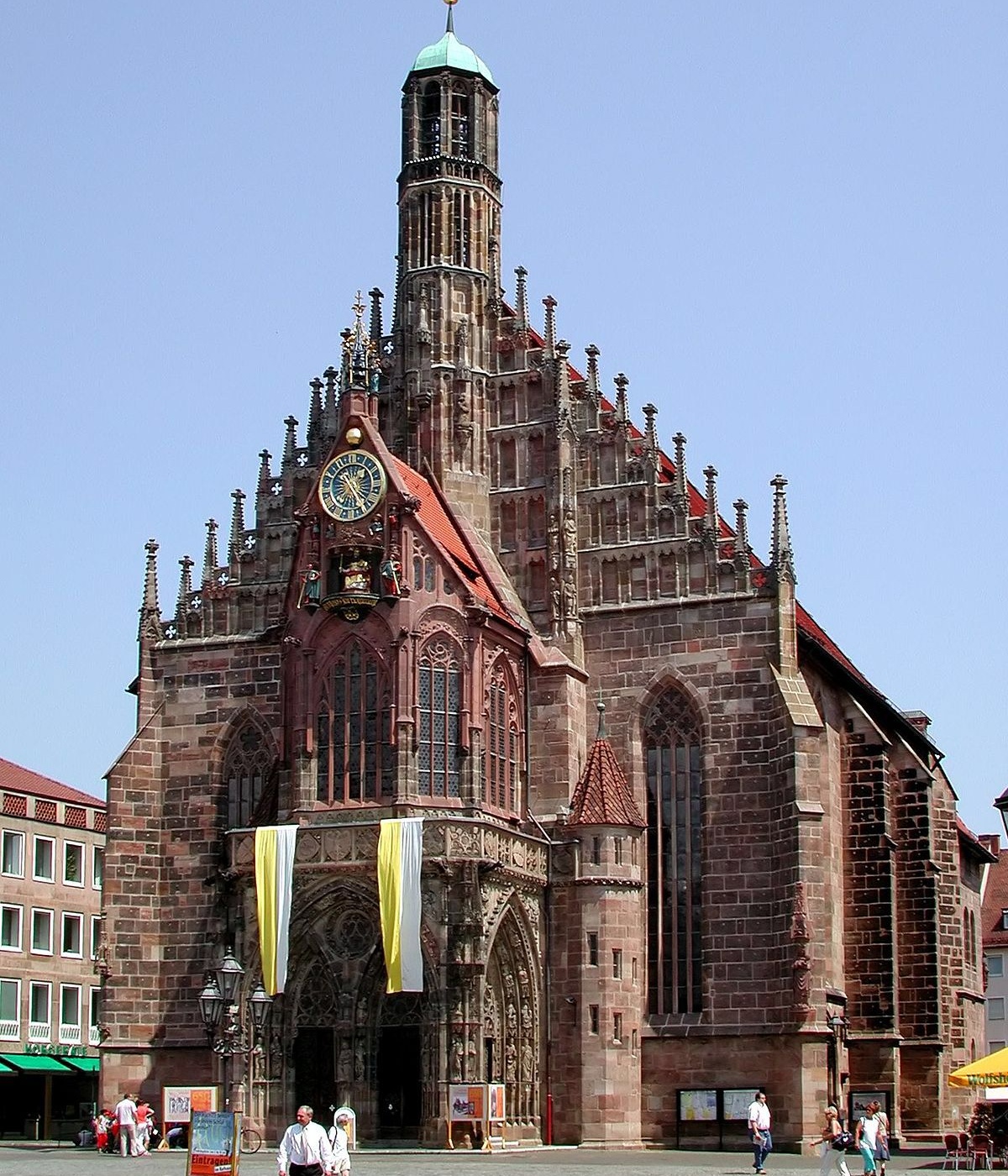 So thanking the Lord Mayor’s advisor for his help, I said goodbye, Ron, if you’re reading, and making a quick exit I made my merry way to Casa Del Puro Nürnberg.

Arriving within the main market square before the historic 14th Century church, ‘Frauenkirche’, I simply followed the wondrous smell of cigars and the trail of comments by Fräulein making contradicting comments of disagreeing with smoking but also how it nostalgically reminds them of their loved elders. Therefore, it wasn’t long before I reached a non-descript doorway, other than the words Casa Del Puro etched into the door glass, and entered into, what can only be described as, the red realm.

Red carpet, red walls, red ceiling, red leather chairs offset by dark wood furniture – so I was startled when I was approached by a man who was not in a red suit with red hair, but instead a tweed flat cap and leather jacket smoking a Hoyo De Monterrey Flor Extrafina.

Consulting my Polaroid, I had found our man. 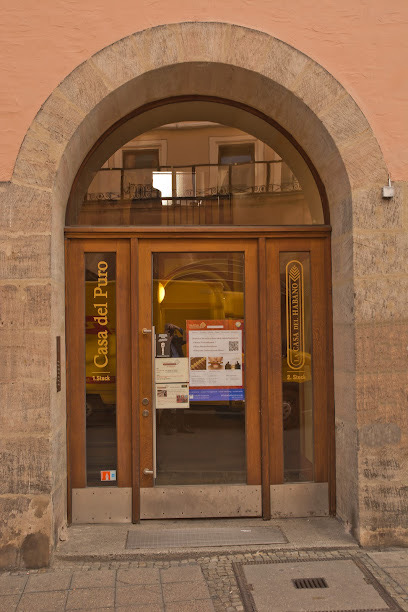 Or as it seemed, Mr. Klein had found his man. On addressing me directly he told me that I was to accompany him back to his manor where The Proprietor had instructed for a traditional Franconian meal of Schäufele to be prepared for the both of us, which is Mr. Klein’s preferred meal and one he said would take place before smoking anything more. Delighted by such an invitation, I naturally agreed and was also intrigued as to why The Proprietor had staged this cryptic journey between two Cigar Keep members. Maybe it was just that, to bring two enthusiasts together.

On our way back to Mr. Klein’s property I remarked that I had been told there was a chance he would be in Palermo, Sicily which Mr. Klein enthusiastically admitted to, for one of his favourite haunts there is a rooftop terrace attached to the most private of private member clubs, which overlooked the entirety of Palermo. On one such visit he managed to snaffle a mangled H. Upmann 2015 Royal Robusto from a back alley purveyor of tobacco and rushed to the rooftop to enjoy it, just as a great storm hit, but for all the bluster of the storm and the ragged construction of the cigar, both couldn’t dampen the now fond memory of tenaciously enjoying such a stick in the face of mother nature. 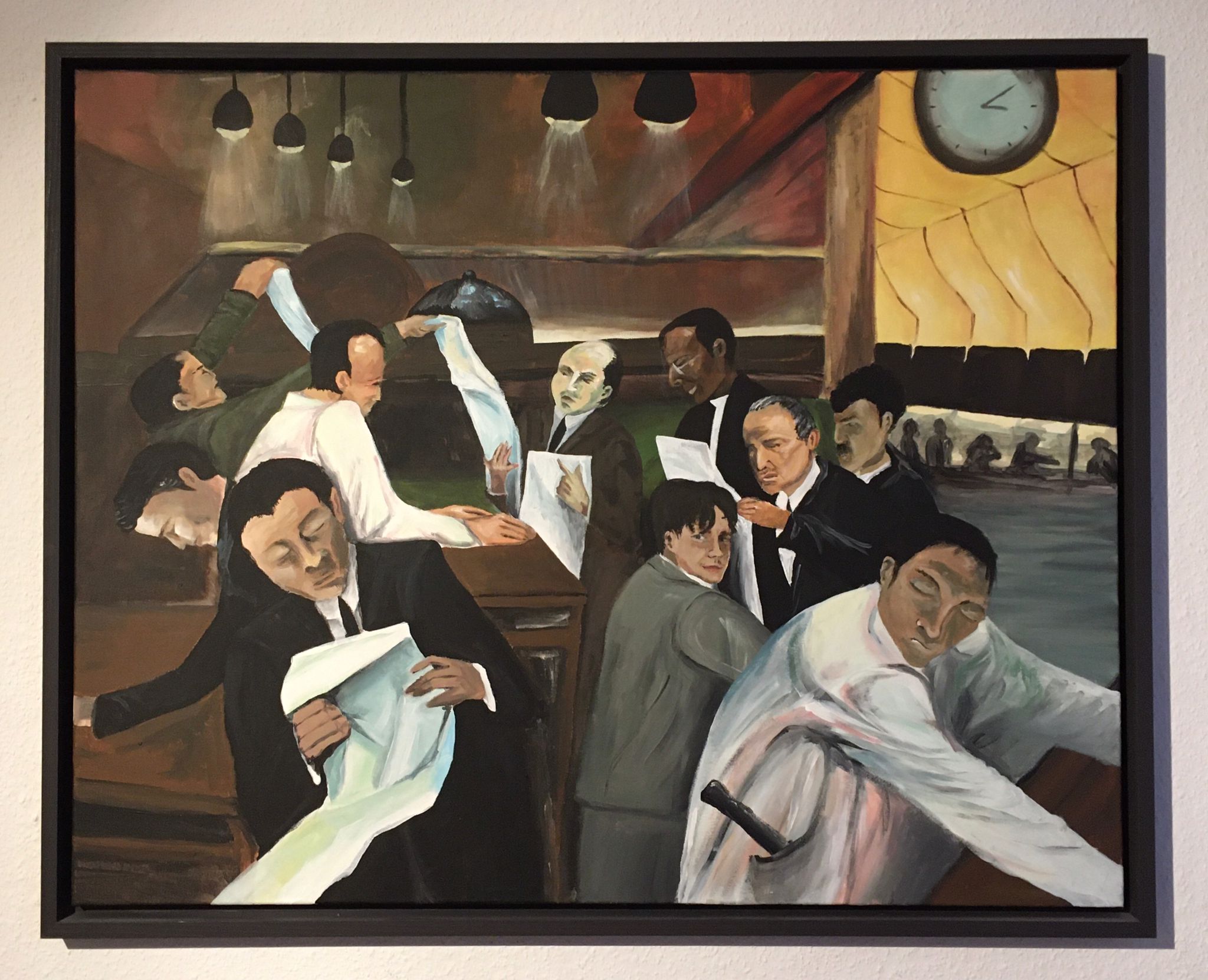 Arriving at Mr. Klein’s I was shown to the table within his long hall and promptly served my meal, which was exquisite to say the least. During our discussion it came to light that Mr. Klein was a student of Law and for that reason I remarked on the opulent picture that was framed on the wall at the head of the table, the beautiful artwork depicting a busy court room of a bygone era and reminiscent of the courtroom paintings of John Peter Zenger; Mr. Klein said that the painting had been a gift to him and the artist had humorously placed Mr. Klein and The Godfather into the painting. 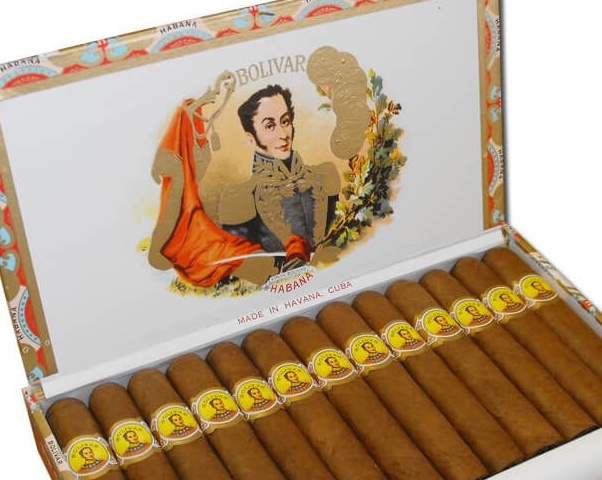 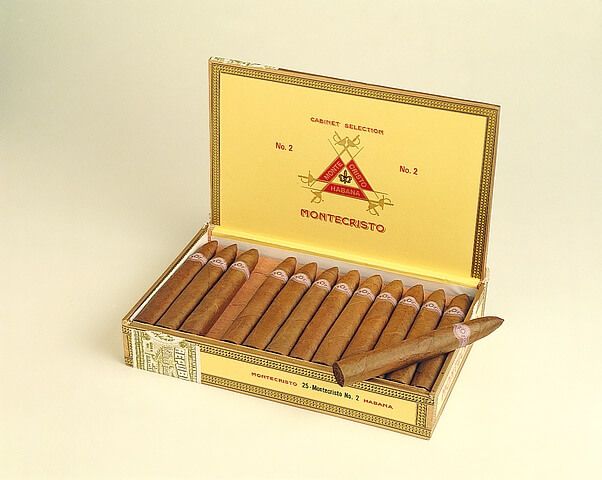 Therefore, maybe it was the matter of painting by numbers but Mr. Klein studying law, taking holidays in Sicily and having a painting of him and The Godfather, suddenly the word Consigliere popped into my head.

For dessert, there was a horse’s head in my bed the next morning.

For Dessert, Mr. Klein explained that he greatly enjoyed a Bolivar after dinner, specifically a Royal Corona as he enjoyed the zesty lemon taste of such a stick, which I wonder is subjective to him personally as I am yet to experience that flavour profile with Bolivar. For pairing, depending on the cigar of course, it was elaborated that red wine was what Mr. Klein preferred over everything else, which is a pairing that I must admit am yet to try. I’m sure if you read my previous article you will see why I am hesitant of pairing alcohol with cigars, (my own fault of course). 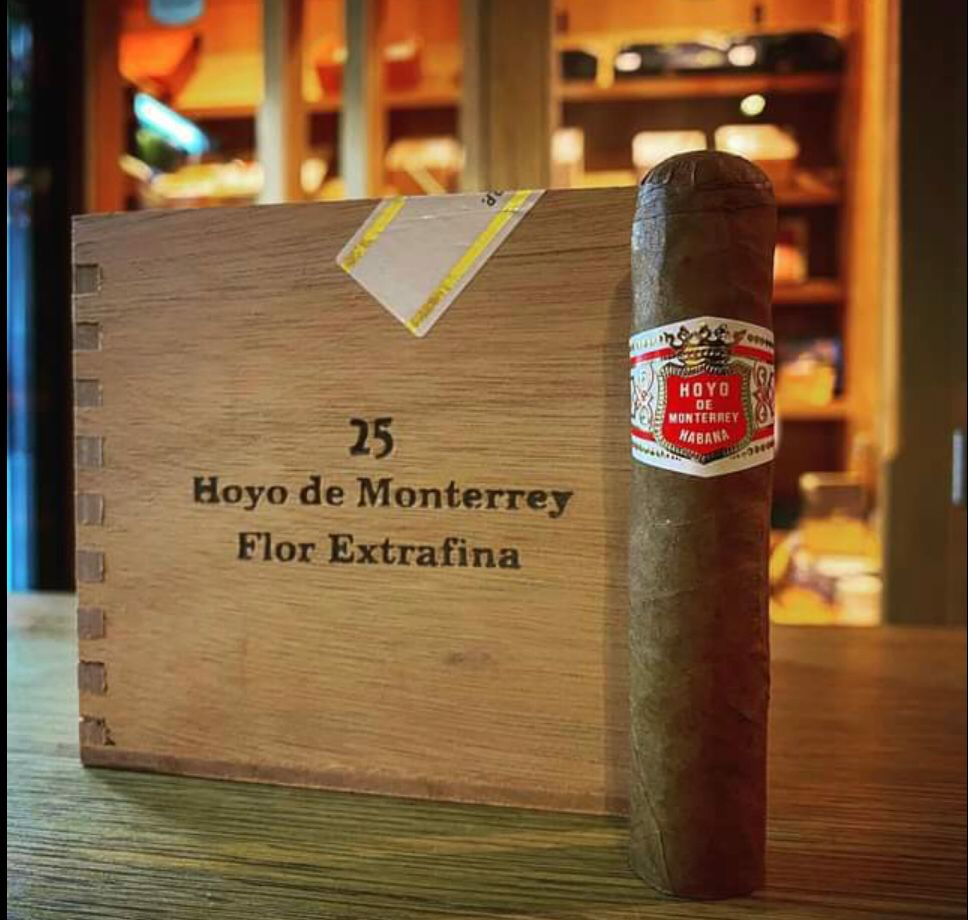 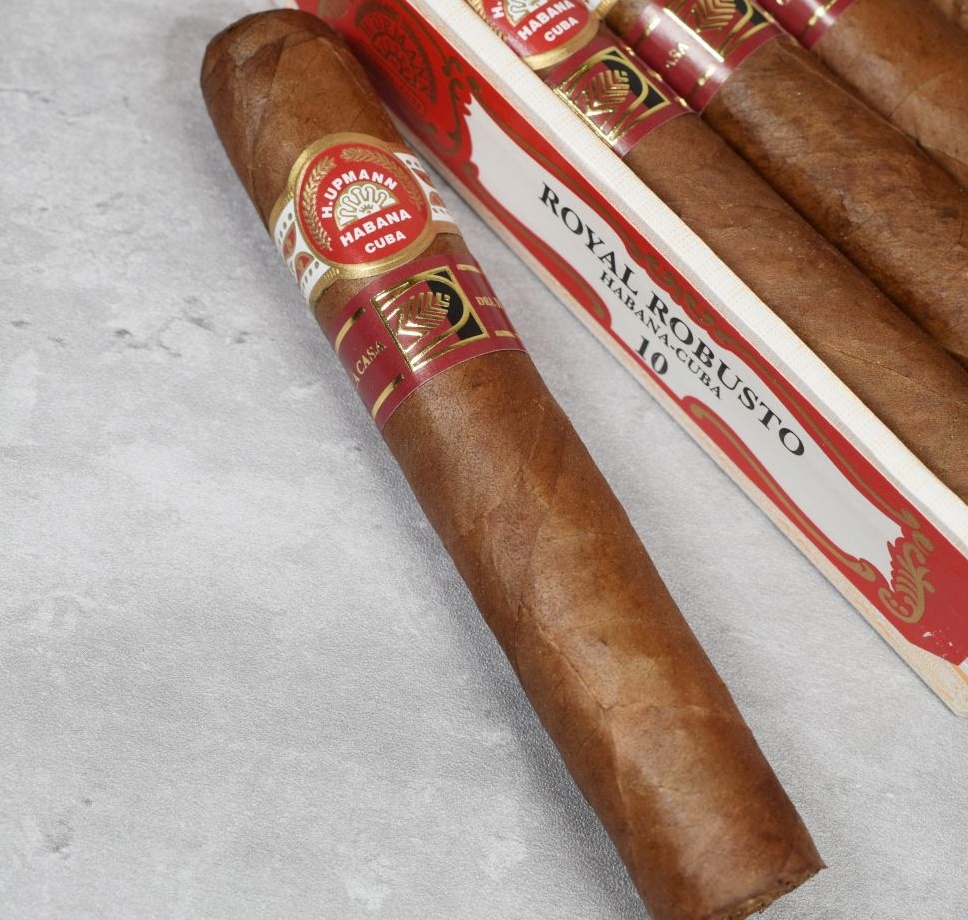 After dinner, Mr. Klein asked if I wished to retire to the drawing room, however checking the time and seeing that there was a fine drizzle in the air I made my excuses and explained that I had an eight days walk ahead of me to get back to London, to which Mr. Klein laughed and slapped me on the back, offering me a Siglo II for my journey. As that was the cigar he would be choosing for his quite evening of solace beside the fire, as for him a Siglo II always reminds him of the first time he believed he was having the traditional Cuban experience and allows him to ruminate when by himself.

So accepting the cigar and buttoning my linen suit, I stepped out into the wet night of Fürth saying my goodbye and started the walk home, wondering if it was acceptable to light a cigar from a bus shelter heat lamp as my lighter had run out of fluid.