Any sybaritic and sensual experience has the outfit to go with it. Cigar Smoking is no exception, and is perhaps the exemplar of the rule. Tom Chamberlin gives a guide as to some of the garments that fit the bill. 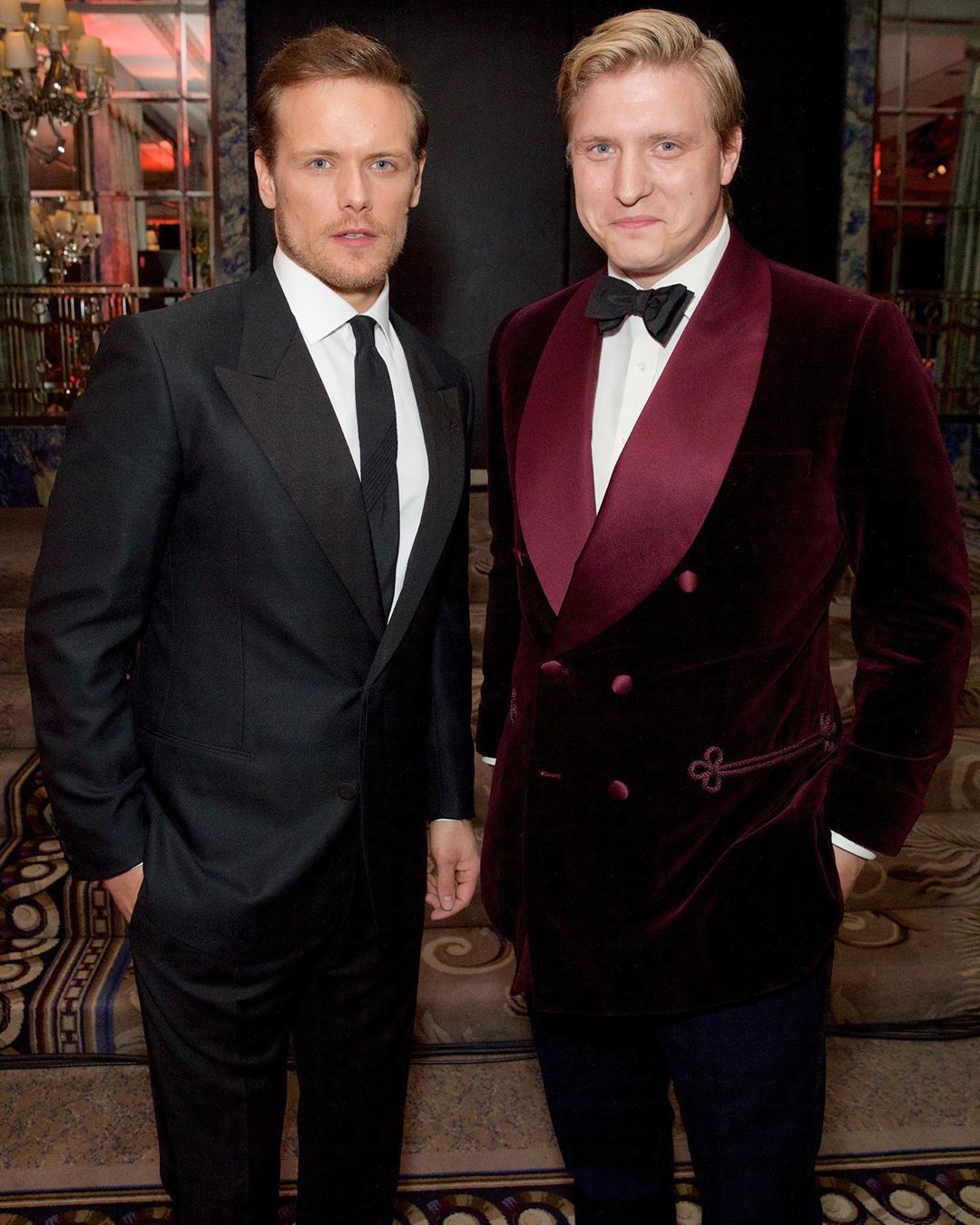 When Daniel Craig took to the red carpet in a fuchsia/flamingo/cerise/whatever shade of pink you wish to call it, velvet jacket for the premiere of No Time to Die, suddenly the smoking jacket became this revelation to the world and speaking to tailors, orders have not stopped coming in. It is heartening that something that was invented for us cigar smokers in mind has had such a broad reach, in fact there is a large tranche of classic menswear that we can attribute to smoking or whose designs can be fully taken advantage of by us.

The Smoking Jacket: Functionally, the velvet jacket was meant to be used as something one slipped on after dinner to replace the jacket of one’s dinner suit. Officially it predates the original dinner jacket invented by Henry Poole in the late 19th century, but they are sartorial companions. In time men would wear the smoking jacket all evening as opposed to merely for smoking and iterations are often worn by non-smokers, but we all know who can take credit. 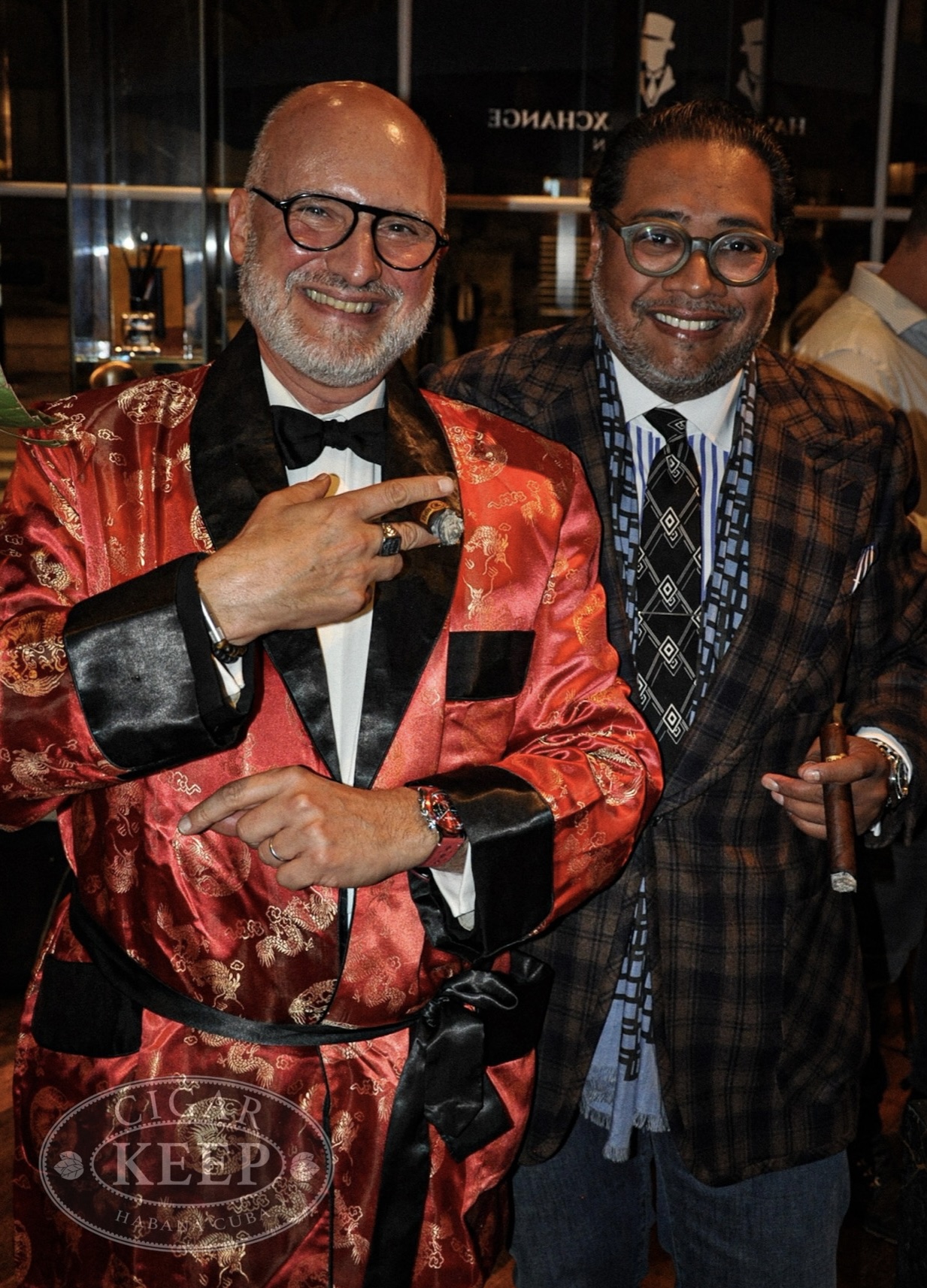 The Smoking Gown: When done properly, as recently witnessed at the Cigar Keep event with Bell & Ross by the Swiss-watch brand’s CEO Carlos Rosillo, this is an incredibly natty way to dress. This robe can be slipped over the top of a jacket or replace it entirely while you smoke but adds a wonderful lever of dash and finery. The belt helps provide that attitude of commitment to relaxation with a cigar, and also is good for the silhouette. 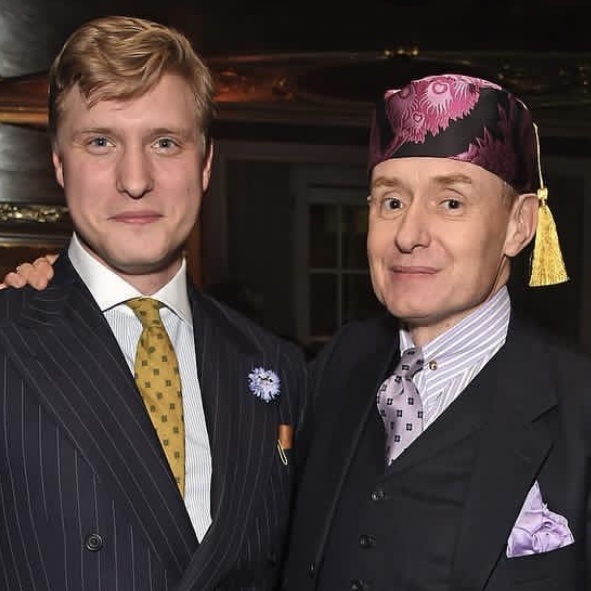 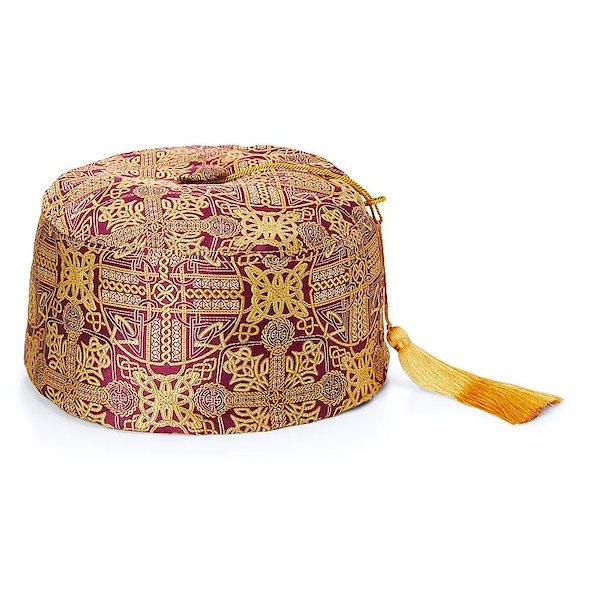 Smoking Hat: Smoking caps became popular as an extension of the smoking jacket. Worth noting that in the Victorian era, smoking was not something of a social more. The Queen was vehemently anti-smoking and that trickled down into societal gatherings. The hat was supposed to be a gentlemanly attempt at blocking the smell of smoke being endured by a lady. We can thank the good folk at New & Lingwood for retaining these eccentric things in stock. 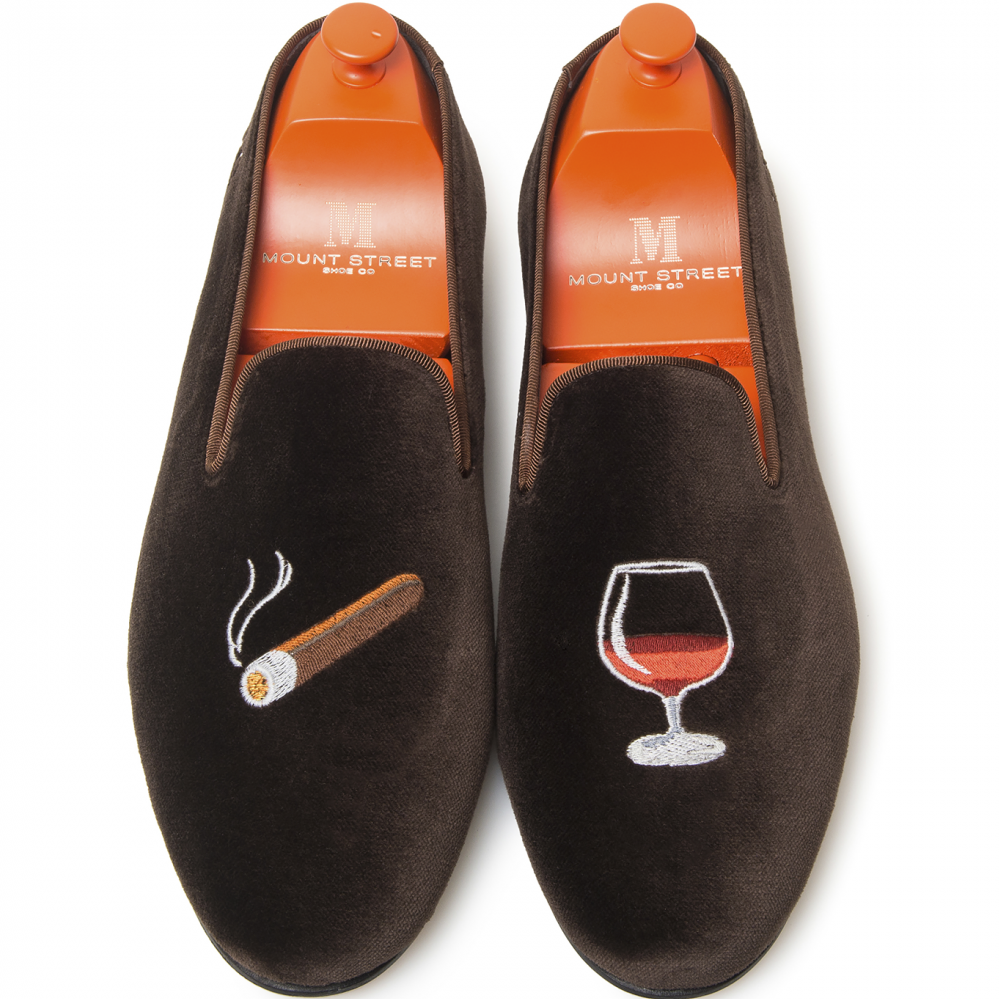 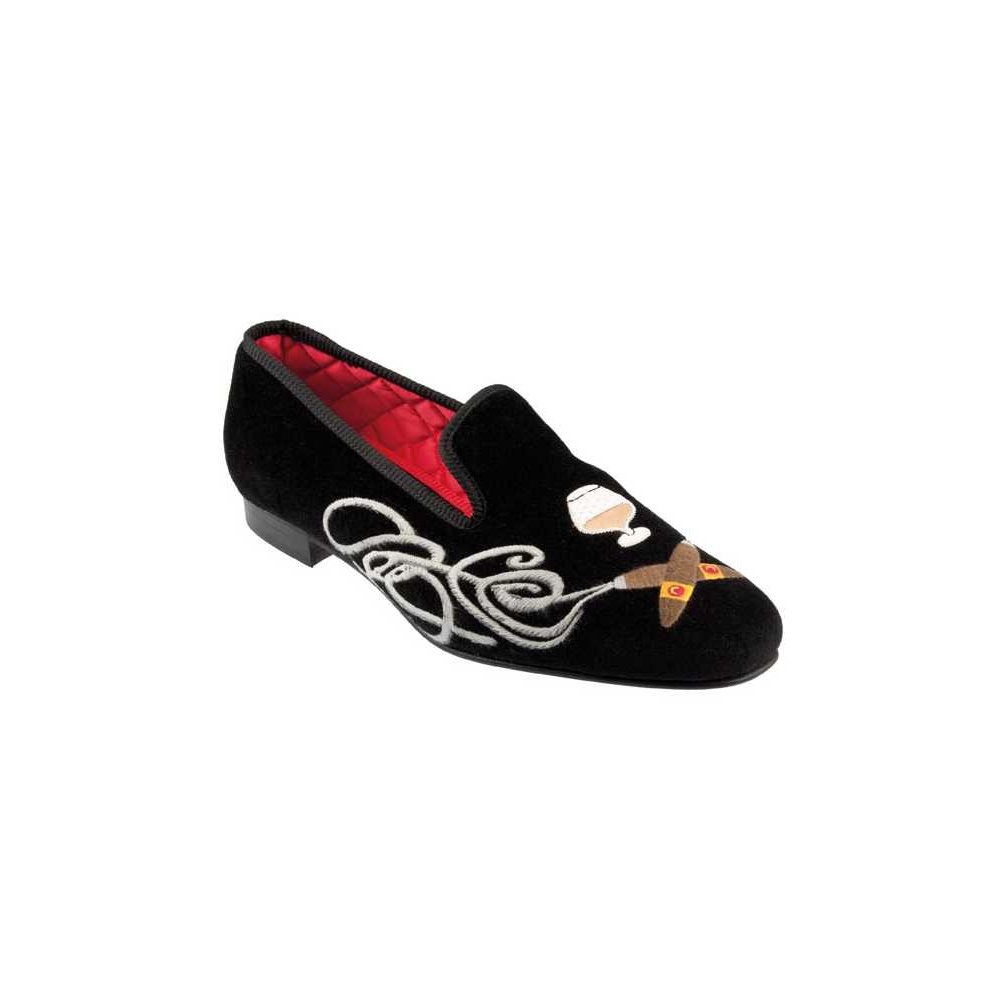 The Slipper: So in theory there is no such things as a smoking shoe, but there should be and I defy anyone to come up with anything better than the gentleman’s slipper. Slippers should ideally have the shape of a slender loafer with a slim leather sole and shorter heel, as well as a padded insole. The fabric of the upper should be ideally cashmere or velvet. Furthermore, these are the only shoes that can legitimately have a pattern or motif sewn into it, and the proliferation of cigar motifs show that you are the target audience that these brands are looking to, so don’t be shy. 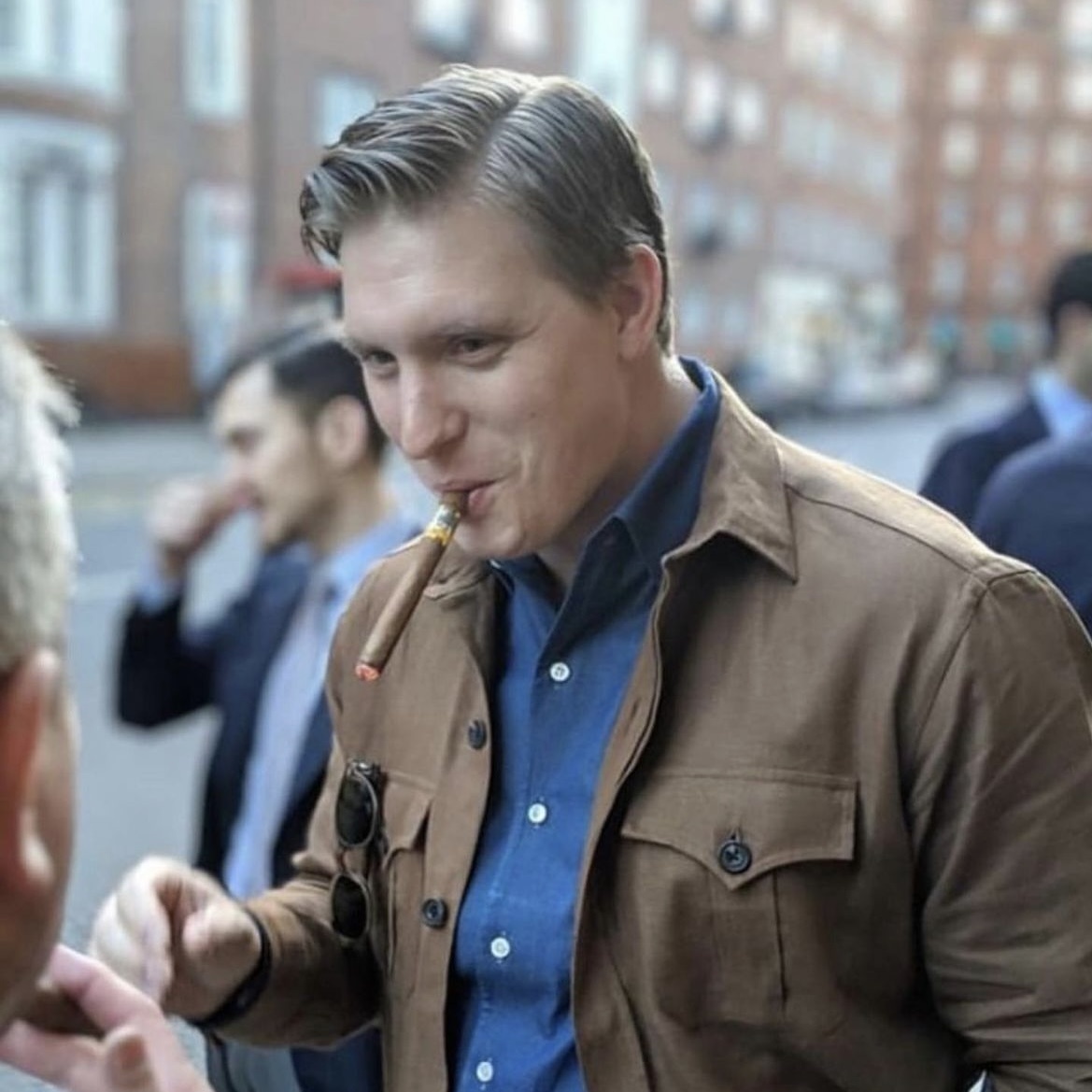 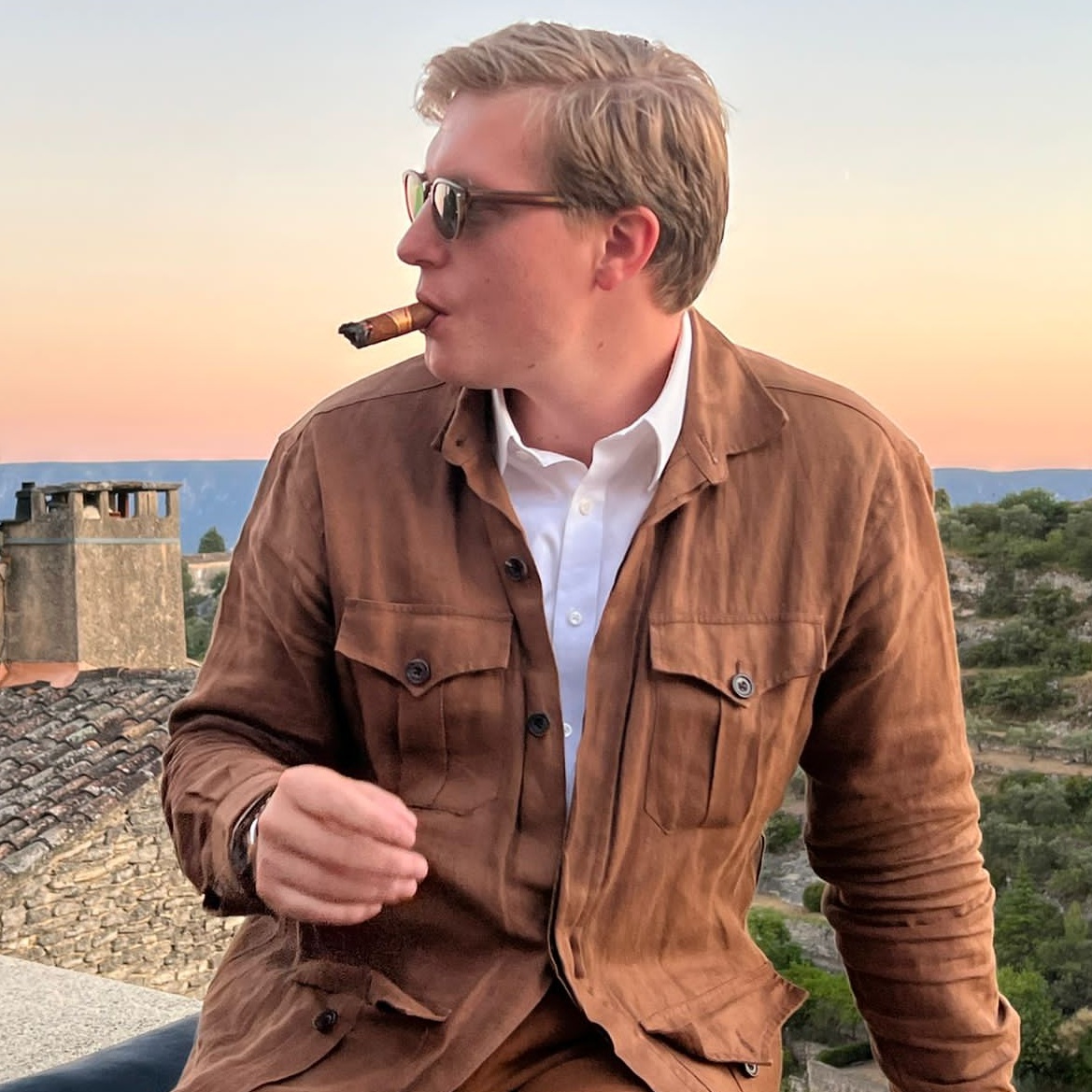 The Safari Jacket: A wildly versatile garment with everyone from Prince Charles to Roger Moore vying for supremacy over who wears it best. The pockets themselves should ideally have a box pleat. Though I would never recommend overstuffing it, this means that there is function to the pockets and they are built to hold something. Whether that be your lighter, cutter or cigar case is up to you. Note one thing however: the “pen slip” that you will often see featured on one of the breast pockets – basically a small sole in the top of the flap so you can slot a pen in your pocket without opening the flap at all – can be broadened instead to accommodate a cigar. I have a fantastic example from both Budd and Turnbull & Asser, they comfortably take anything up to a 54-ring gauge. 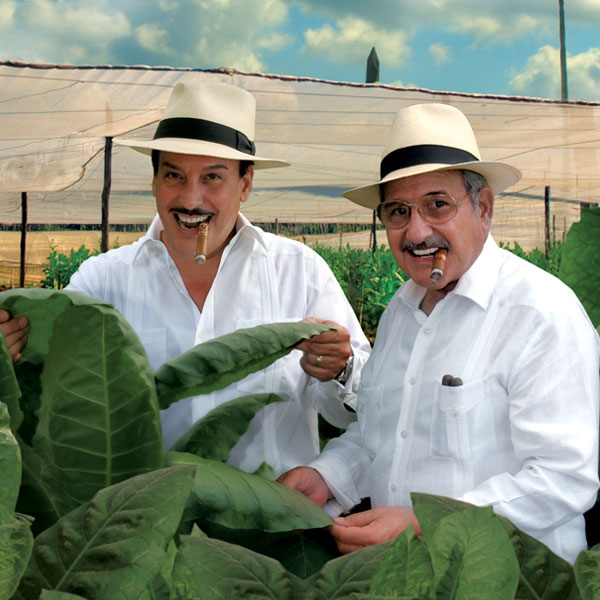 The Guayabera: A Guayabera is a popular summer shirt worn around much of Latin America. The key feature of the shirt is the breast pocket and how many cigars you can stuff into this pocket has become something of a matter of pride to a lot of cigar smokers. On my first ever trip to Cuba, I was looked after by a lovely guy called Toby Brocklehurst who seemed to have an endless supply of flying pigs stuffed in there. How many can you do?