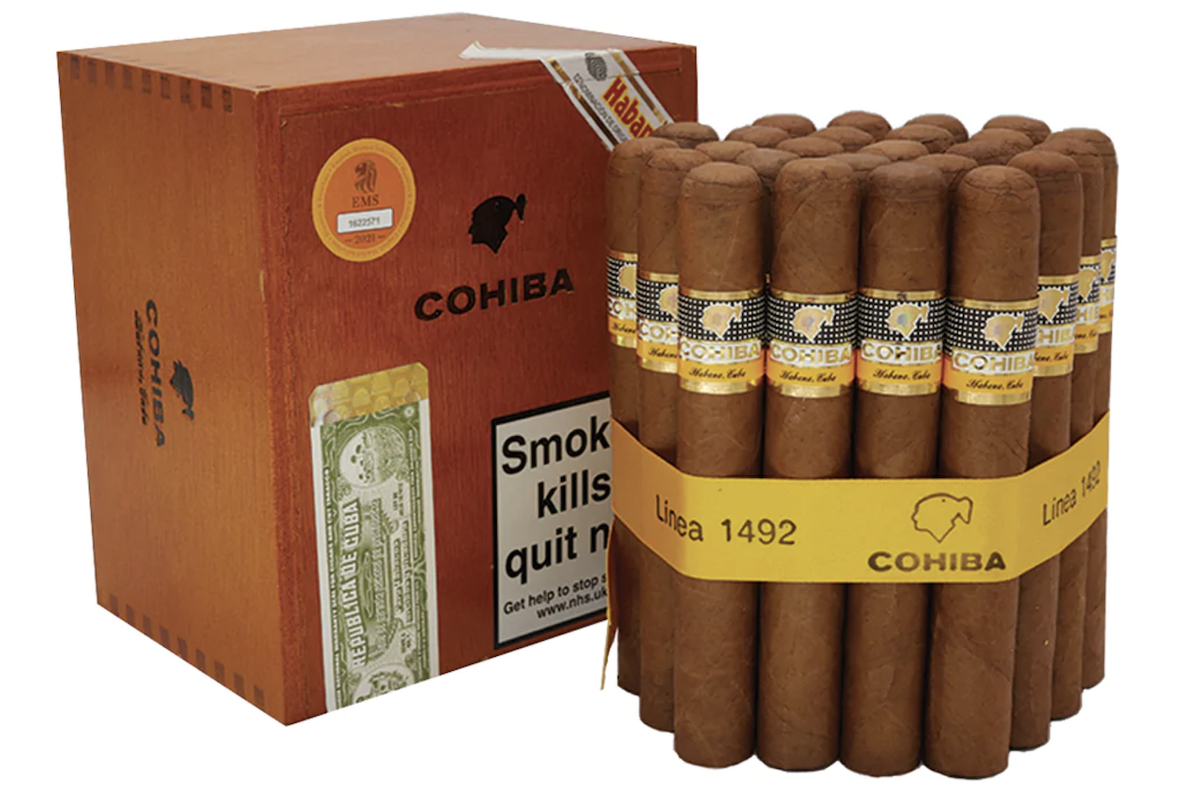 A mythical cigar brand, the origins of Cohiba date to the early 1960s, when Fidel Castro’s driver and chief bodyguard, Bienvenido Perez Salazar, or ‘Chicho’ was enjoying a smoke offered to him by a friend in the Cuban leader's vehicle. Castro was so impressed by the lingering aroma, and elegant shape, that he opted to smoke one – and became even more enamoured by the cigar after the last draw. His personal roller, Eduardo Rivera was summoned to roll this long, thin, elegant and tasty cigar at various secret locations, finally ending up at El Laguito – the factory where most Cohibas are produced today.

By 1967, Cohiba was coined, the name stemming from the Taino Indian word for the bunched leaves of tobacco that Columbus had been seen enjoying on his arrival on the island. According to Rivera, at first Castro was the only authority to give the cigars away, thus ending up in the hands of heads of state and diplomats as gifts. 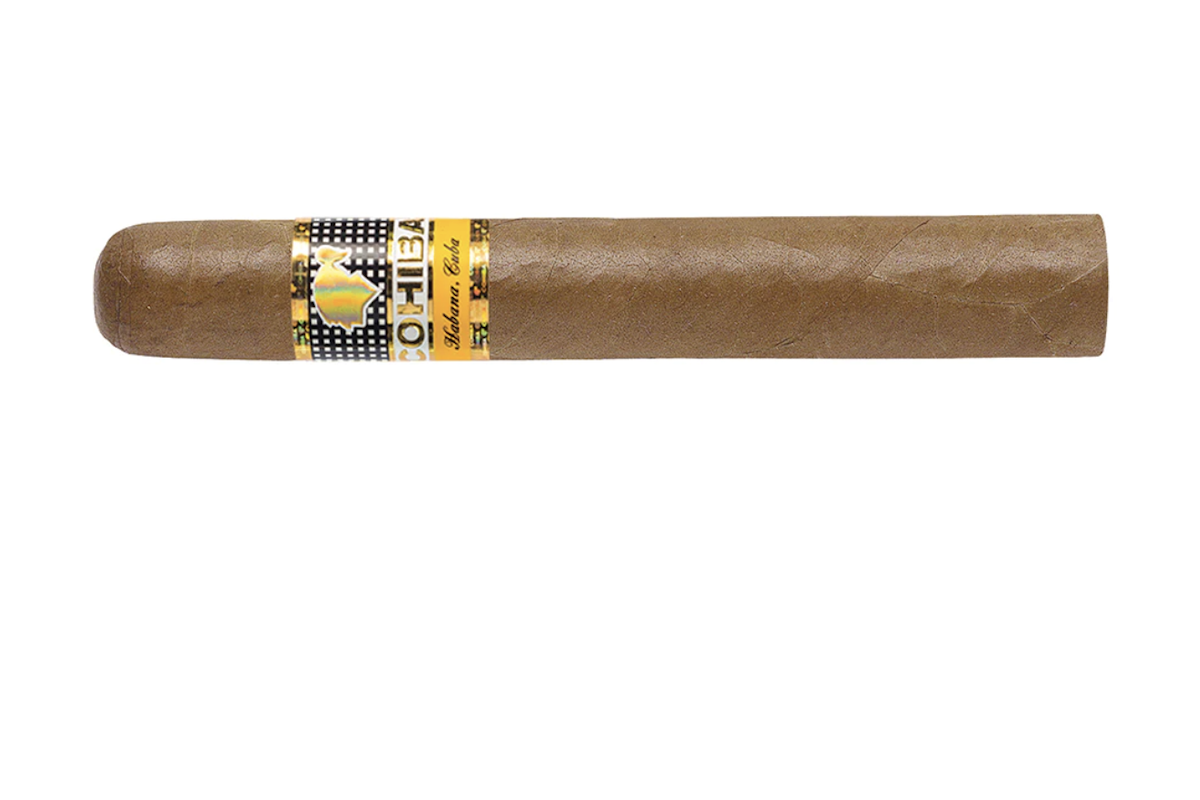 Introduced in 1992, and to the international market in 1994 – to commemorate each century since the arrival of Columbus in the New World, the Siglo range has expanded significantly over the years. As cigar of the week, the Siglo V1 is the smoke in question.

Introduced in 2002, the Siglo VI is now considered the king of the series. Benefitting from a (52 ring gauge x just under six inches) it is the biggest of the Siglo range in terms of diameter and length. Starting off with a light pepper taste – it soon reveals a welcome mixture of cedar and vanilla. The flavours don’t deviate too much, and by the finish you’ve enjoyed a smooth smoke. For a partner, think about a strong Belgian ale – perhaps a nice bottle of Trappistes Rochefort, brewed by Brasserie de Rochefort.

With well-balanced flavours and a velvety smooth output, the Siglo VI is a much in demand cigar, where prices have rocketed in recent years, but remains one of the best in the Cohiba range. 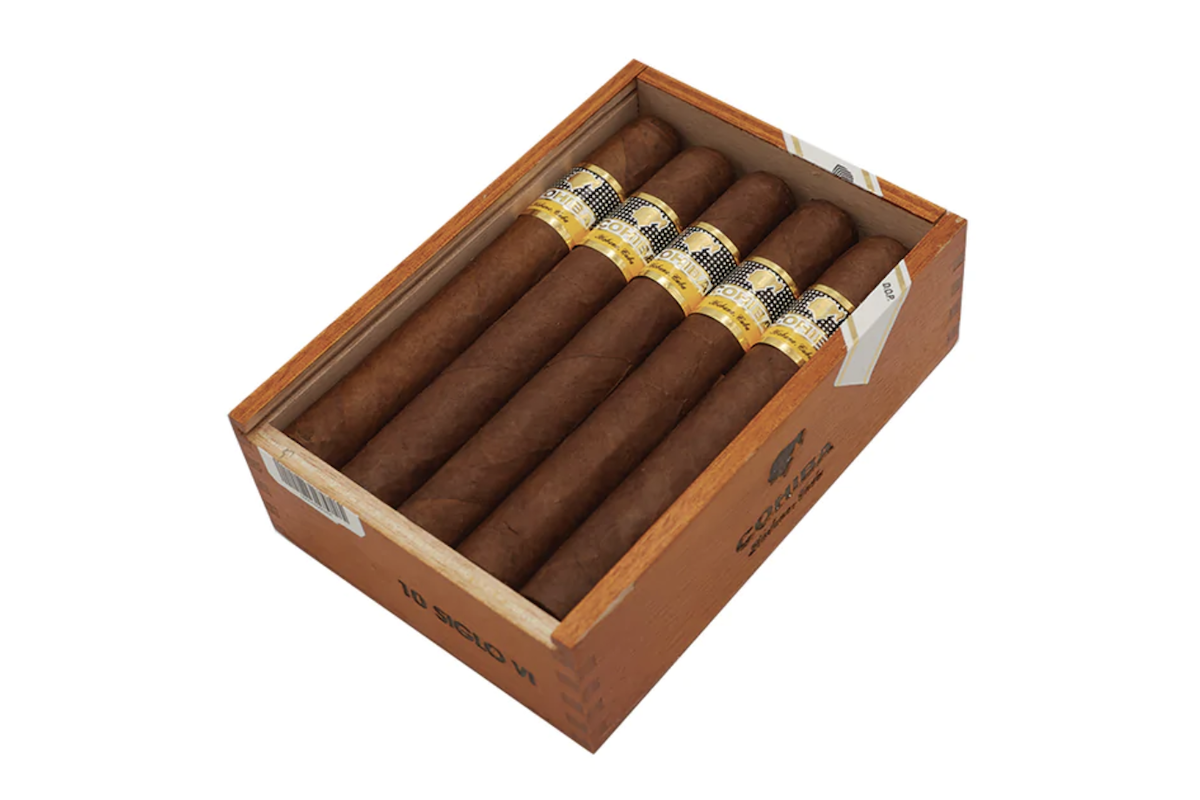 Moving onto Keep of the Week, it goes to CIgar_asianus from China. He describes himself as merely a cigar newbie, born and raised in the sanctuary of Confucius and Mencius, educated in the Roman fort on the river Lune and currently neighbour with the late Mr. Goethe. Half-drunk, the Romeo y Julieta wide Churchill was the first cigar he smoked, whilst Partagas is amongst his favourite cigar brands. And for a lighting instrument his preference is a S.T. Dupont Cohiba 55 lighter.

A recent member, only this month, Cigar_asianus has racked up a mighty collection. It includes a box of the sought-after Trinidad Fundadores. His assemblage of Cohiba Behike variations is also seriously impressive. He’s in possession of 2 boxes of Behike BHK 54 2019, and 2 boxes of the next year’s version, whilst there’s a box each of the Behike BHK 56 2020 and BHK 52 2018. There’s an obvious affinity with Partagás; especially the smooth Serie D No. 4 – one of the top-selling Havanas. Elsewhere, pre-revolution brand Bolívar features prominently with 10 boxes of Soberanos Limited Edition 2018 – of particular note.