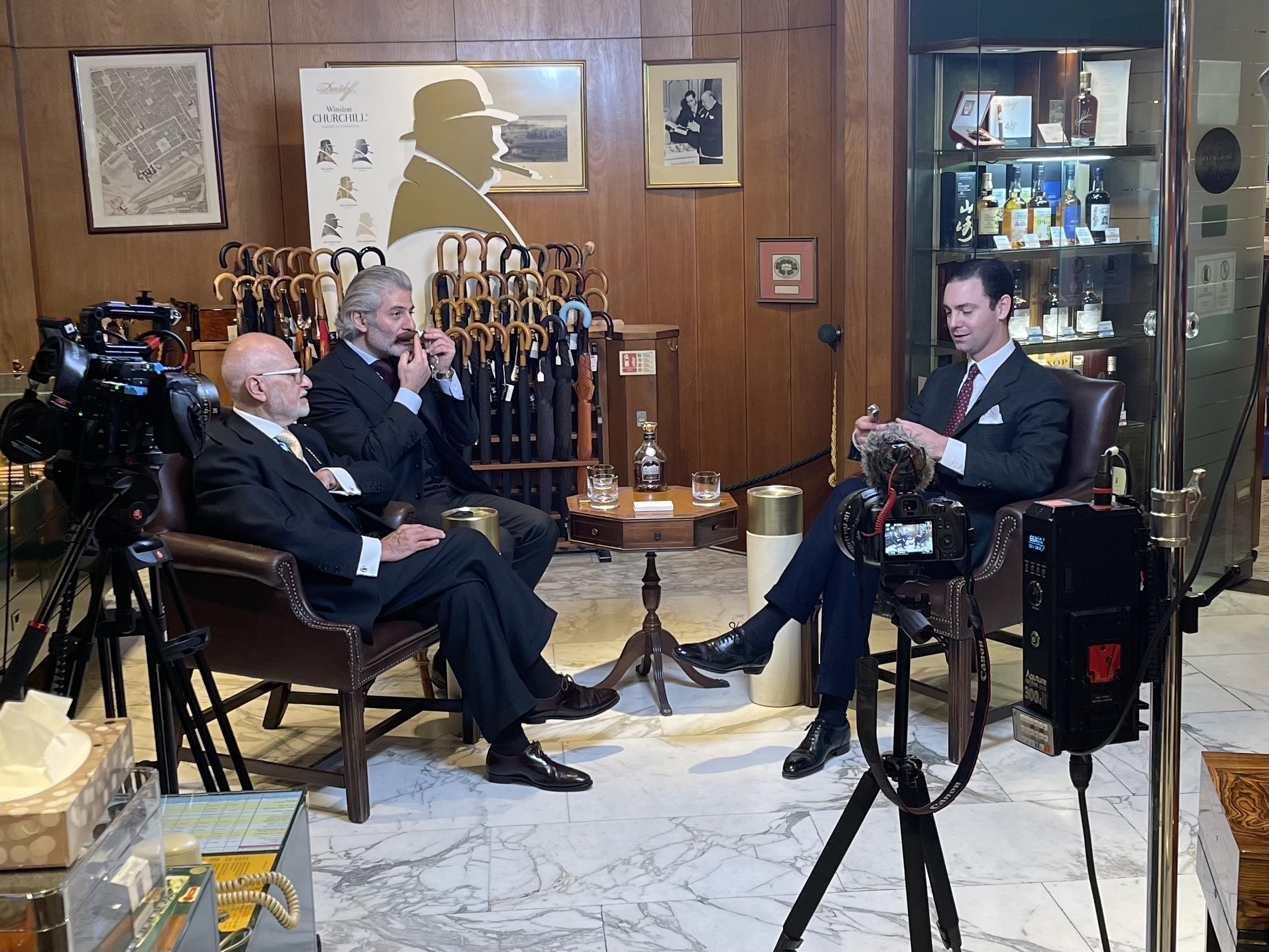 Cigar Keep's global community requires legendary figures from all over the world to join us in spreading the news and championing the cause of togetherness. Our man in America is none other than the great Kirby Allison, flag-bearer for all things quality craftsmanship and tradition, whose YouTube channel has made him a global sensation.

I am, and have always been a great admirer of Kirby's. He has created for himself a formidable and varnished persona that is that of an enthusiastic Anglophile American with a desire to learn everything there is about craftsmanship and good living. His videos can sometimes garner millions of views and we see a wide-eyed connoisseur humbly seek out others to better his knowledge and insight. It is a great relief to say that on meeting him, he was all these things in person, and who I have since passed many hours discussing important matters like the correct amount of water to apply when polishing shoes and, of course, discussing (as well as smoking) great cigars.

1. What kickstarted your passion for cigars?

It is honestly hard for me to remember what kickstarted my passion for cigars. I remember smoking my first cigar in college, a Padron Anniversario 1964, and loving the experience. I’ve always loved the nostalgia of smoking. The tradition. The formality. The ritual. Something that well-dressed gentlemen have enjoyed for over a century. And in this fast-paced world, I find it particularly refreshing to sit down, light up a cigar, and slow down time.

2. What is your favourite cigar?

My first-love in cigars was the Bolivar Royal Corona. Once my love for cigars really took off, I decided that I wanted to begin ageing cigars. But the challenge for cigar collectors re aging cigars is not smoking through them before they actually have had time to accumulate. So, I determined that I needed to find a “daily smoke” to which I could commit to purchasing several boxes. Without much access to Cuban cigars here in the United States, and before the days of a website like Cigar-Keep.com, I was relegated to a catalogue of online, Swiss-based Cuban cigar websites that would actually ship to the United States. Without any help or guidance, I was left to browsing photographs of various brands and their violas… and this is where Bolivar jumped out.

Back when I started collecting, a box of Royal Coronas could be had for less than $200. Sir Bolivar looked like a chap I could get along with. And the format was right – a simple corona, it was long enough to be enjoyed but short enough to smoke daily. So, I kicked off my collection by purchasing five boxes of the Bolivar Royal Coronas. I still have some of these original boxes in my humidor… a box date of 2011, that I am thoroughly enjoying. 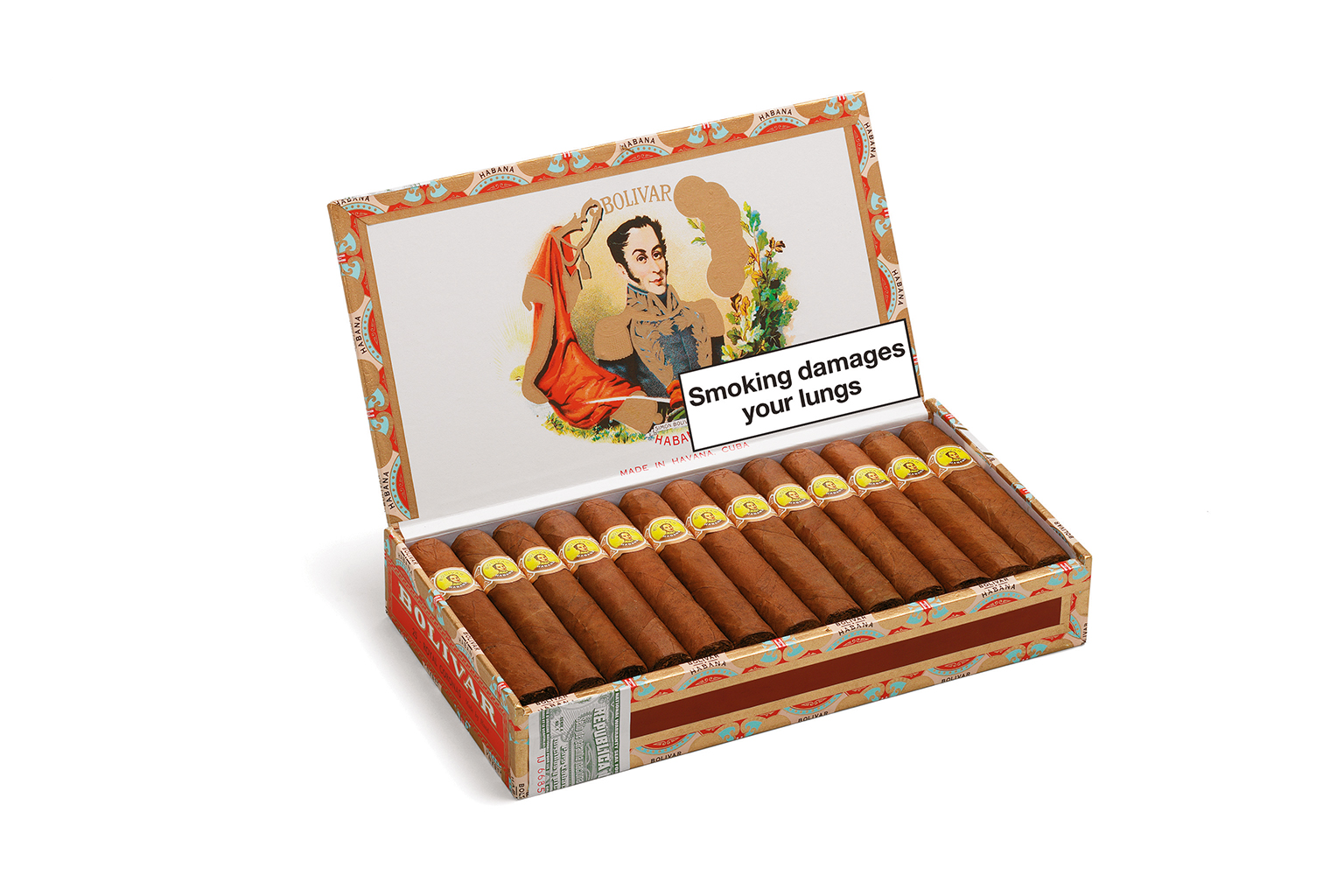 3. Do you have a favourite lounge or terrace to smoke in?

One of my favourite questions that all on Cigar Keep should be obliged to answer. Without question, my favourite place to smoke in the world is my club in Paris, the Travellers Club. This private-member’s gentlemen’s club has a very active cigar-smoking membership and the facilities allows its members to smoke in the club bar, terrace, or winter garden. It is, quite simply, the most splendidly beautiful place to smoke, and there is no shortage of good company with whom to smoke. 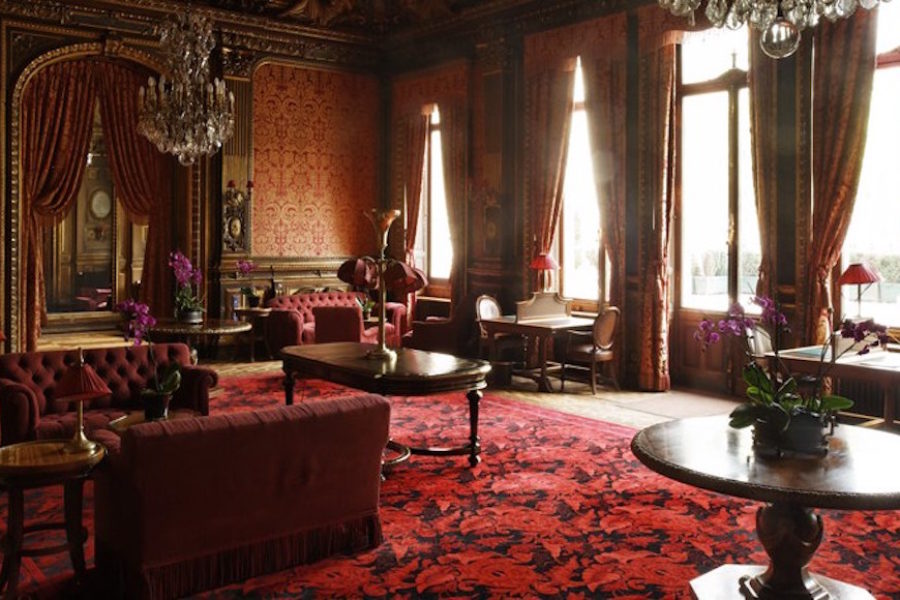 4. What is your most memorable cigar moment?

Every New Year’s my wife and I go to Mexico City to visit her family. The La Casa del Habano in Polanco is always one of my first stops. It’s the closest place outside the United States where I can find Cuban cigars, so I always stop by to pick up a few things interesting for the trip. A few days before New Year’s, I stop by while in the area and pick up a few sticks. In addition to a few standard productions, I purchase, at the suggestion of the attendant, one of their regionals, an Edmundo Dantes Conde 54. Larger than what I normally smoke, and quite expensive, I reluctantly pick up one stick.

Come New Year’s Eve, I’m enjoying the beautiful Mexico City evening, which was a perfect 68-degrees, in my father in-law’s back yard with my wife’s cousins. We’re having a great time, so I decide to light up the Conde 54. Nothing could have prepared me for this cigar. Without any knowledge of its providence – it is widely regarded as one of the greatest regional releases of all time – this cigar proceeds to absolutely blow me away. Combined with the climate, setting, and good company, it was, at that time, probably one of the best cigars I had ever smoked.

Sadly, I had only purchased one stick! And we were flying back home that next morning. Distraught, I sent my father in-law on a mission that next week to buy as many boxes as he could get his hands on. But, alas, the Habanos store in Mexico City only had five cigars left in their entire inventory! So, I had him purchase all five. These cigars have been my most revered cigars, reserved for only the most special of occasions. I think I smoked one to celebrate the birth of my first son and another when we hit 50,000 subscribers on YouTube. And the last is resting away hidden in my humidor awaiting a proper occasion to smoke such an epic cigar!

5. What cigar do you think is underrated?

My current favourite “underrated” cigar is the Partagas Aristocrat. These boxes are quite inexpensive and easy to find and perfect as a mid-day smoke or as a cigar to share with social cigar smokers (to which, inevitably, one is always providing the cigars). I recently purchased four boxes, of which I still have three unopened, to allow to begin accumulating some age. But at the rate I am smoking through them, I am very quickly realising that I am going to need to purchase some more boxes! 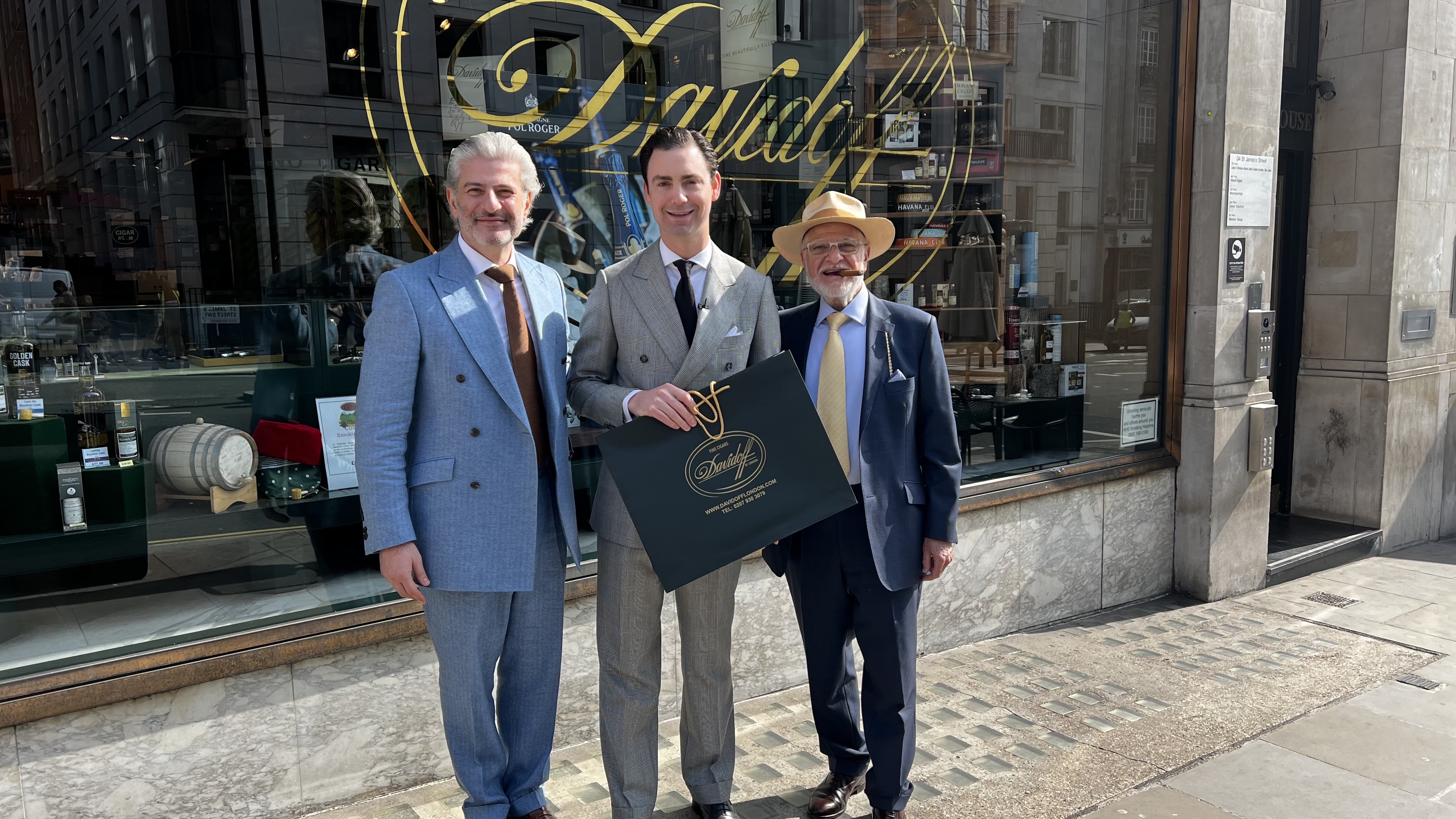