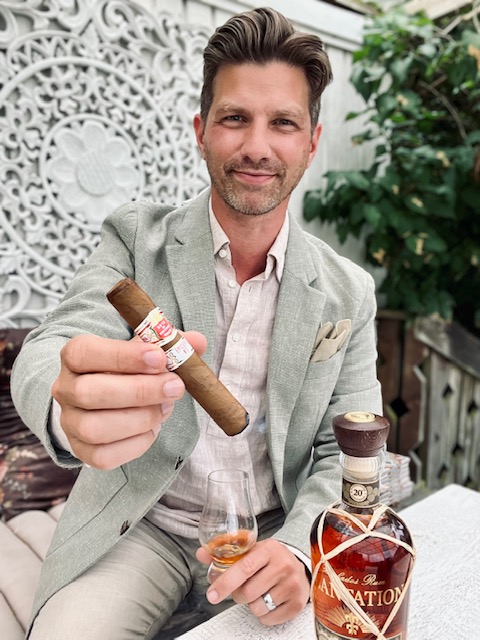 Cigar Keep's global community requires legendary figures from all over the world to join us in spreading the news and championing the cause of togetherness. This time we speak to our latest ambassador, Mikael.

For some unknown reason i've always been fascinated by cigars. Back in the early 2000s a famous Swedish magician, Joe Labero, showed me how to light a cigar with a piece of cedar wood. I like the rituals and the calmness that surround the art of smoking a cigar. There is no one who enjoys sitting round a camp fire, smoking cigars quite as much as I do! Once you start smoking cigars, connecting with other like minded individuals, who also share your love for them, you quickly realise smoking is very much a lifestyle!

It really depends on the occasion, but one that stands out is Romeo y Julieta Churchill, just the thought of Sir Winston Churchill smoking up to twenty of these a day brings a smile to my face! In my opinion, they have the perfect vitola and from what I gather, there seems to be a trend towards smoking bigger vitolas, which does not take to my likening at all.

It is difficult to only mention one cigar, there are several others which I will forever adore and smoke. These include, the Hoya de Monterrey Epicure No. 2, H. Upmann Magnum 46 and last but not least, the Montecristo No. 2! 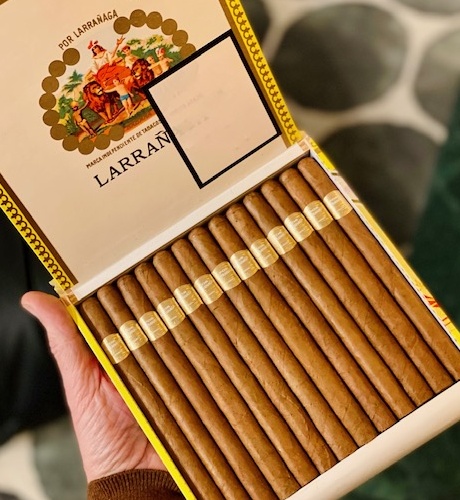 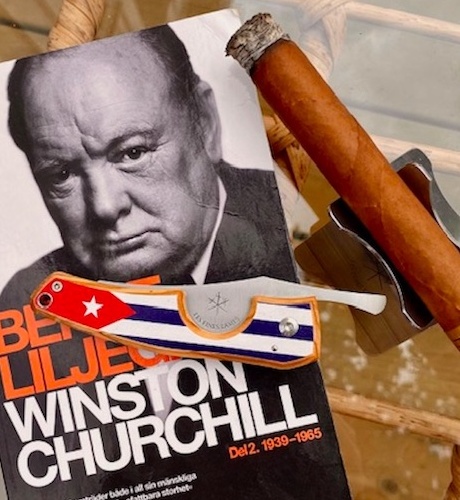 I haven't been to that many lounges to be honest, but I do love the warm atmosphere you walk into at Casapelletier in Paris, the same goes for Gentlemen 1919. There are a few private clubs which I have been fortunate enough to frequent on the odd occasion. However, I find that most random piazza's in Italy and bistros in France do the trick!

Earlier this year I was kindly invited to an event with Bell & Ross and Les Fines Lames. The event was amazing and extremely well put together. It gave me the opportunity to finally meet several new friends of mine which i had met through social media.

Another memorable moment was when I completed my military service in Sweden. It was towards the end of my service, I had begun feeling pretty fed up by the whole thing. We had set up a camp out in the woods and had been training for several days and were exhausted! Laying down on the grass while on a break, suddenly out of nowhere we were attacked by some of the new recruits. They began shooting at us from their vehicles, remarking that we were all dead; at which point I grabbed two cigars, one for myself and one for a friend and shouted back stating that we were on a break. At which point I begun to light my cigar in protest! 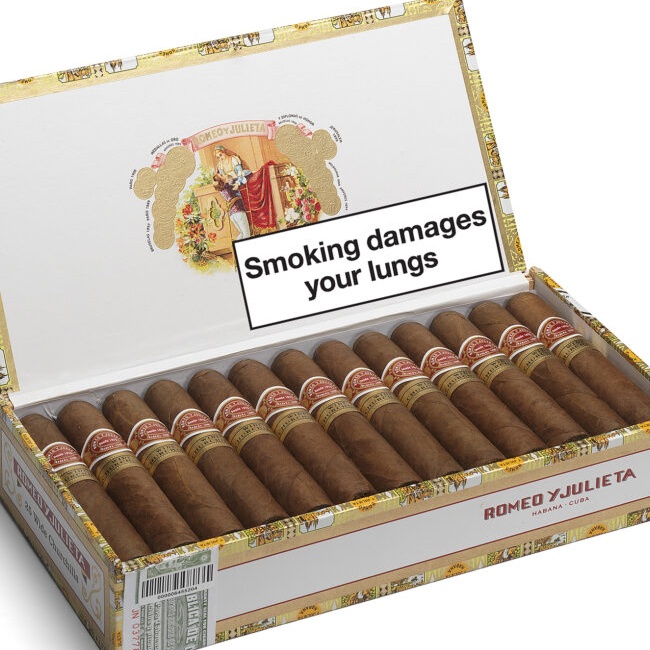 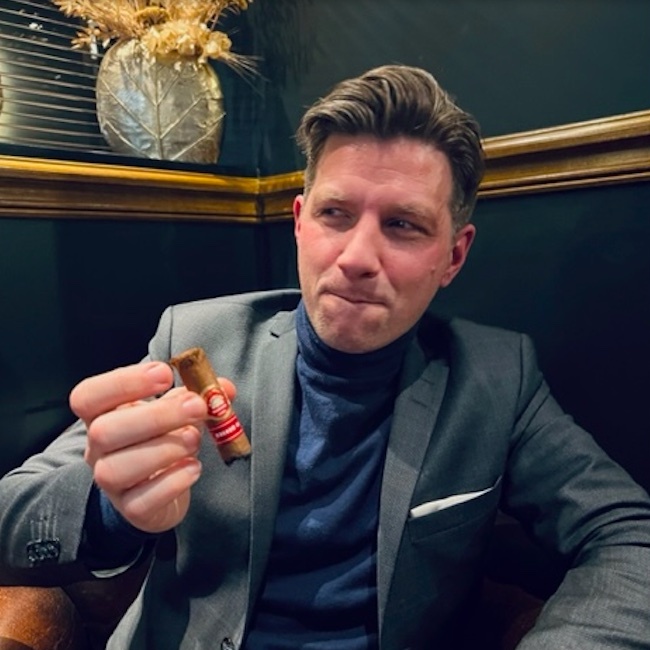 In my opinion, there are several cigars that I believe go under the radar, however, one which instantly comes to mind is the Poe Larranaga Montecarlos. Many people reading might not have come across it before, nevertheless, it is a wonderful little cigar, and certainly one I believe that should be in everyone's humidor! It is a fantastic summer cigar and goes especially well with a large glass of Cava or Champagne!

You can view Mikael's Keep Here 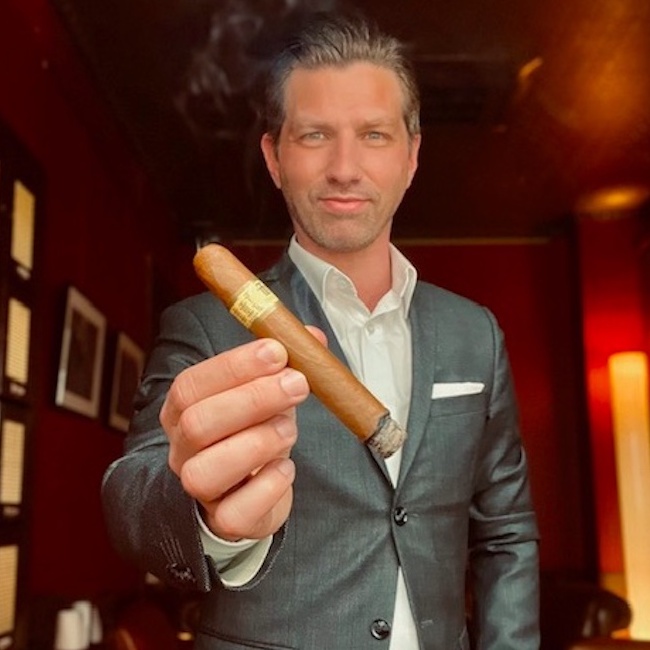 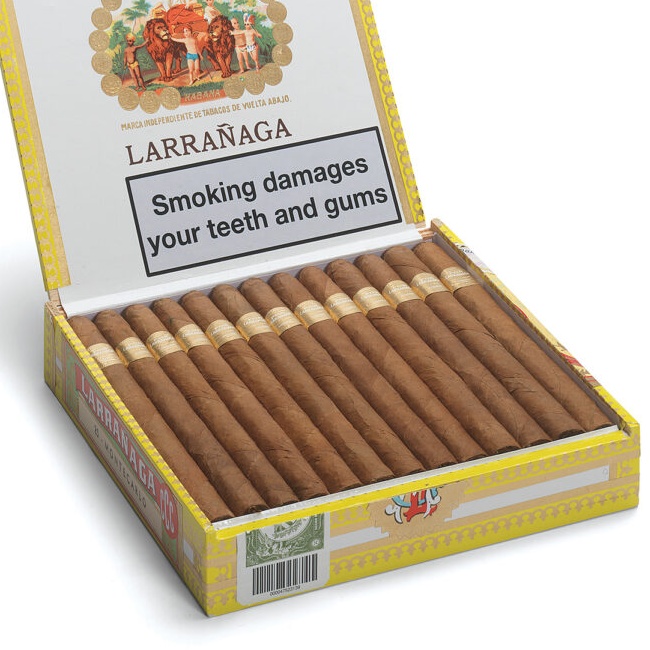